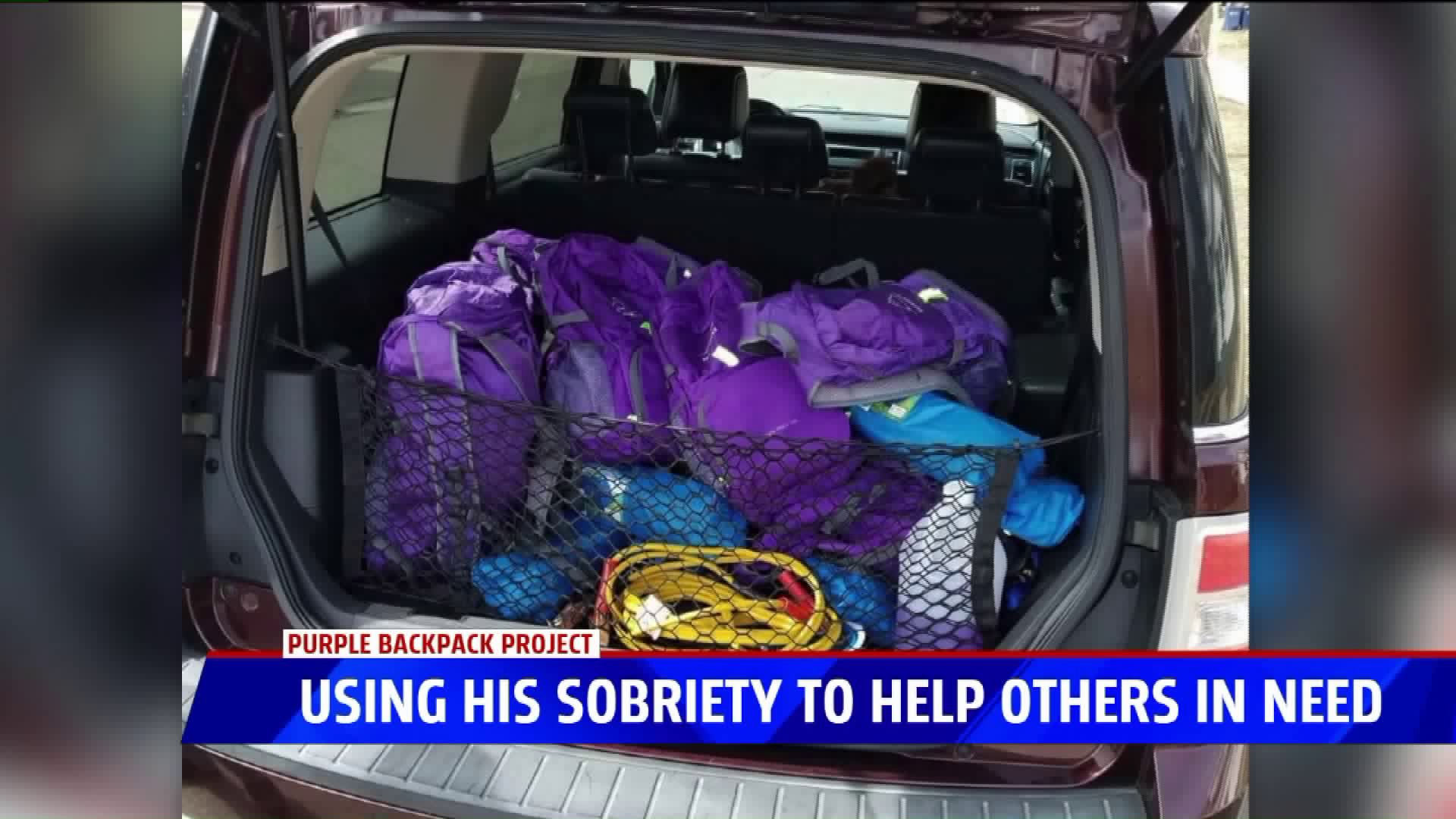 GRAND RAPIDS, Mich. -- It may not even be fall yet, but one organization in Grand Rapids is already looking toward winter and making sure they take care of the homeless.

It’s called the Purple Backpack Project and was started by three people who’ve either experienced homelessness themselves or were passionate about helping others. Their goal is to help as many people as they can and to end the stigma surrounding addiction, mental illness and homelessness.

As seasons start to change and winter creeps closer, a vulnerable population in Grand Rapids could be left in the cold.

“Some people sleep outside like I used to," said Tyler Trowbridge. "A sleeping bag could save someone’s life.”

Trowbridge has experienced that first-hand: a recovering addict who was homeless for almost a decade, he’s now using his sobriety to help others through the Dirt City Sanctuary.

“Our goal is to make life for homeless people a little bit easier, a little more comfortable,” said Trowbridge.

Trowbridge, along with Stacy Peck and Wendy Botts, started the Dirt City Sanctuary in April. Wendy lost her son Jordan last year from an overdose and says he always made it a point to help those less fortunate than himself.

"Jordan was so incredibly passionate about homeless people," said Botts. "He volunteered at Dégagé all the time since he was 13 years old in the 7th grade. They might not have mattered to society, but they mattered to him, and I wanted to continue to do that.”

"We just want to supply things that are going to make people’s lives a little more comfortable,” said Trowbridge.

"Jordan believed that every person mattered, that a person is more than just their addiction or their mental health issues, because he struggled with both, and he saw beyond that and saw every person for who they were," said Botts.

"We’ve had just a great response from the community," said Peck. "It’s been amazing.”

In addition to backpack giveaways, there will be free haircuts and hot shaves from the staff at Salon Re and a hot meal provided by Amore. Organizers say they’re hoping to get even more businesses involved for future dates.

"We’re going to have a ton of volunteers down there and individuals will be able to come down, see us and decide what of our items they need," said Peck.

For more information about the project and how to donate, visit their website.