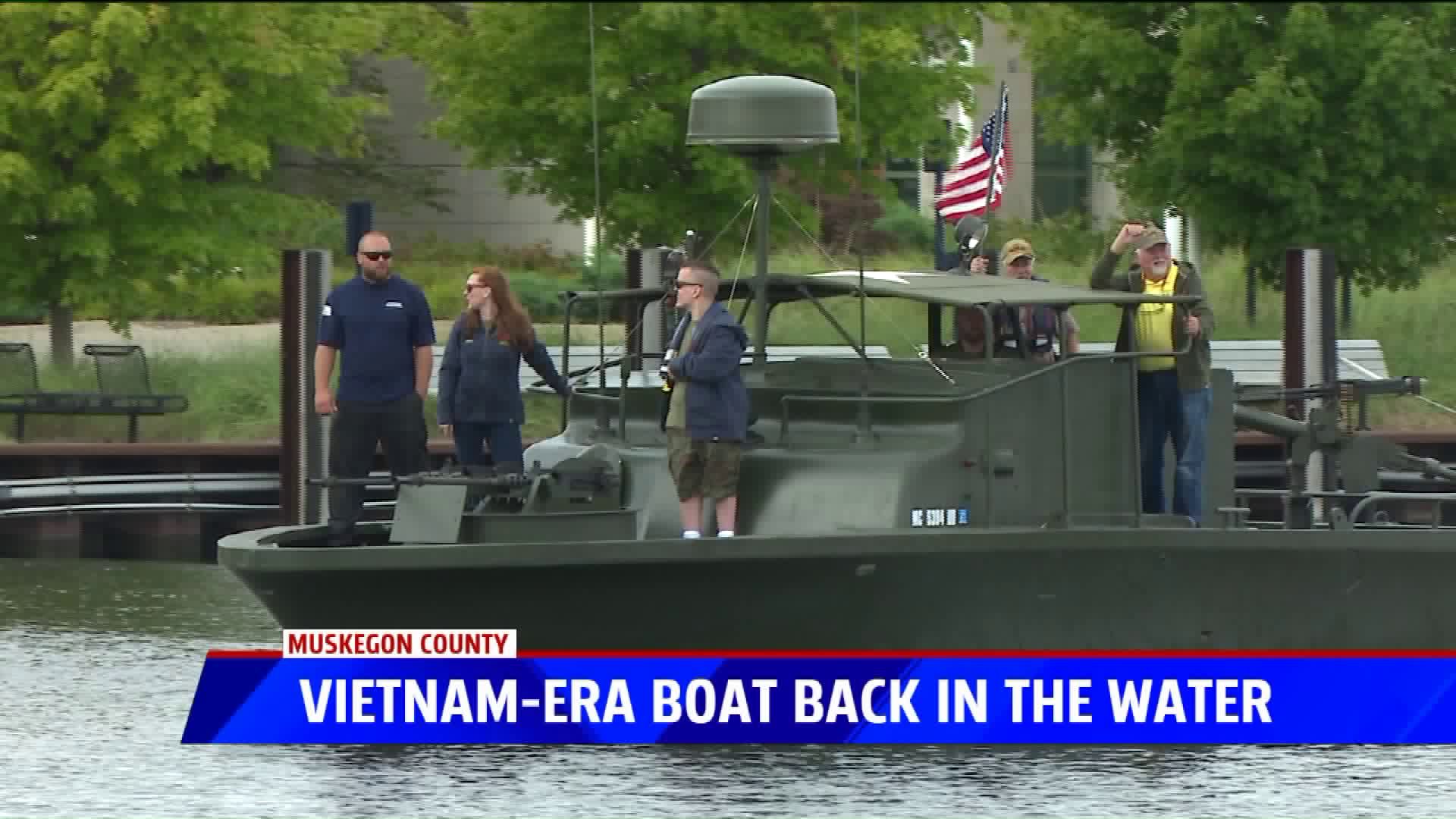 MUSKEGON, Mich. -- An Army veteran in Muskegon County who spent the last few years restoring a Vietnam War-era PBR boat is finally unveiling all of his hard work to the public.

FOX 17 first met Robert Bowyer two and half years ago, when the PBR boat was bare bones and in no condition to run. After hundreds of hours and countless volunteers, the PBR 7331 finally made its way into the water this past weekend with a group of veterans.

That was Robert Bowyer almost two and a half years ago. Since then, the mission of Operation Black Sheep has remained.

"This is a place for the veterans, the community, for anyone, to come to be able to talk, vent, just find someone and be part of a group," said Bowyer.

Bowyer, along with teams of volunteers, has been working on restoring a Vietnam-era PBR boat commonly used during the war with four-man teams on board.

"I wanted to see us do something unique for Vietnam vets," said Bowyer.

On Friday, Bowyer, along with a group of Vietnam veterans, their families and Operation Black Sheep supporters, gathered to see all of their hard work come to fruition.

"The veterans are all smiling," said Bowyer. "All of the people are just so proud to be there. You see that, and you know you did something right.”

The PBR 7331 went out for a few rides on Lake Michigan, restored to its original condition, complete with Detroit diesel engines. Many of the veterans hadn’t seen a PBR in almost 50 years.

“It was a blast climbing down into that gun mount," said Gary Polmanteer. "It was like déjà vu. It was wonderful. There’s a strong bond that takes place between those four men, and we’re relying upon each other, day in and day out.”

“It has gone from something that you wanted to throw away into this beautiful complete accurate reproduction," said Daniel Weikel.

"It’s like a father watching his child walk for the first time. I just worried," said Bowyer.

It was an emotional day for the veterans and the supporters. Despite the successful restoration, Bowyer says there’s still work to be done.

Bowyer wants to add a more modern GPS system and safety features, along with refining some minor details. He says more volunteers are always welcome to help or to just share their stories.

"If you haven’t told your story, then history’s not being written. It’s being lost. So you can’t complain," said Bowyer.

If you’d like to get involved or donate to Operation Black Sheep, visit their website. You don’t have to be a Vietnam veteran; everyone is welcome.