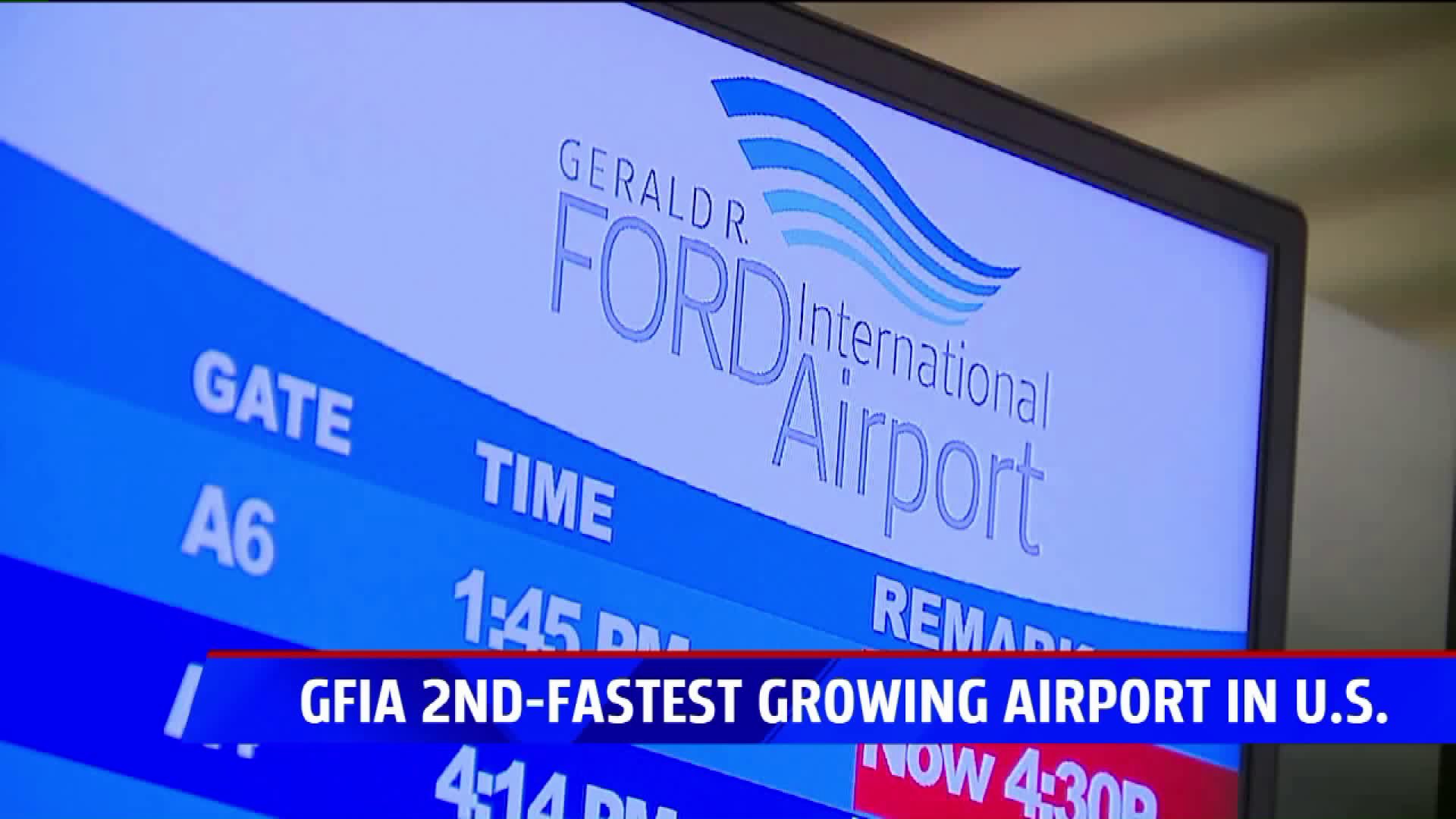 Airline Weekly says there was a 21 percent increase in passengers from last July to this July.

The airport has set new records for visitors in each month of 2018, and nearly 300,000 people passed through its gates this July alone.

In total the Gerald R. Ford International Airport served 75 million customers in the 54 years it has been open.

It is projected that 2018 will be the busiest year yet for the airport, and it is expected to surpass last year's record of 2.8 million passengers.