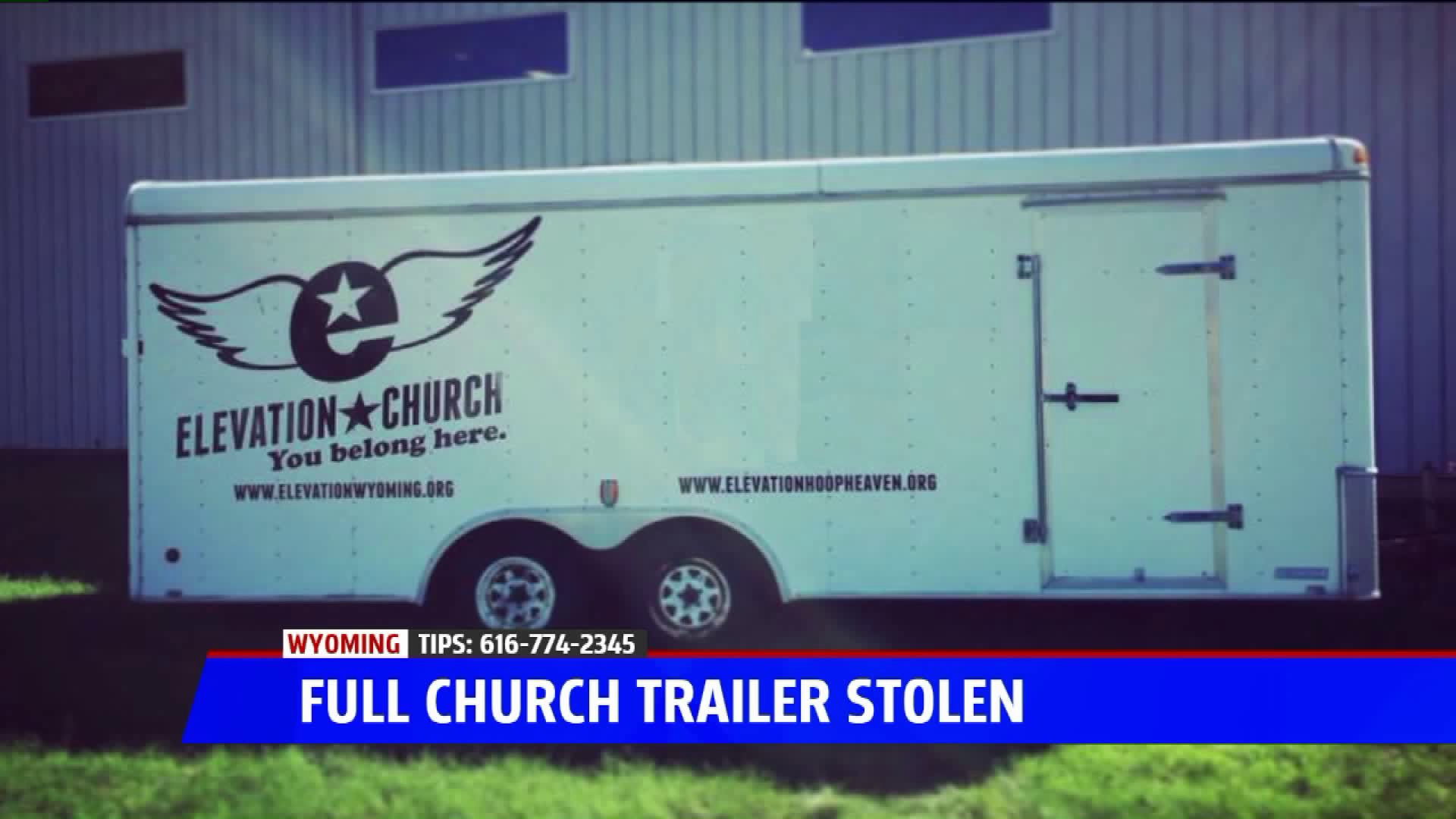 WYOMING, Mich. -- Chris Hall, senior pastor of Elevation Church in Wyoming, said staff transform the gym into a sanctuary by Sunday mornings. However, Sunday was a bit bare after someone stole the church trailer out back and its contents.

"[The trailer] sat here for a couple years untouched and just sort of blended into the community," Hall pointed.

He's keeping perspective by describing this as a 'first-world' problem. At the same time, he'd like to have the trailer back and said about 75 percent of the items inside of it are used to conduct service.

Hall said some of the items inside include "a cart with speakers stands, and music stands, and mic stands, lighting, extensions cords," pipe and drape, the drum set, the riser, and much more.

He's hoping those roughly $16,000 worth of items and the clearly marked $6,000 trailer are returned— no questions asked.

"[We] feel kind of betrayed as much as we dig the city. We love Wyoming. So to see it disappear like that was kind of sad," Hall said.

Maguffee said, "We've actually got a great partnership regionally on these sorts of matters. These and auto thefts with GRPD and Kentwood PD, called our 'Combined Auto Theft Team'."

He said they've started with spreading the word on social media.

"We've gotten some sightings because it's a rather unique looking piece of equipment and should stand out," Maguffee said.

Hall said there's been reported sightings on Kalamazoo Avenue, 56th street, and 60th street. He has a message to the person or people responsible.

He added, "There's forgiveness. Just turn it in man. There's plenty of reasons to give it back. Maybe they needed it to feed their family. I don't know. I'm going to assume the best."

Hall also thanks the churches that have reached out and donated items to get them through.