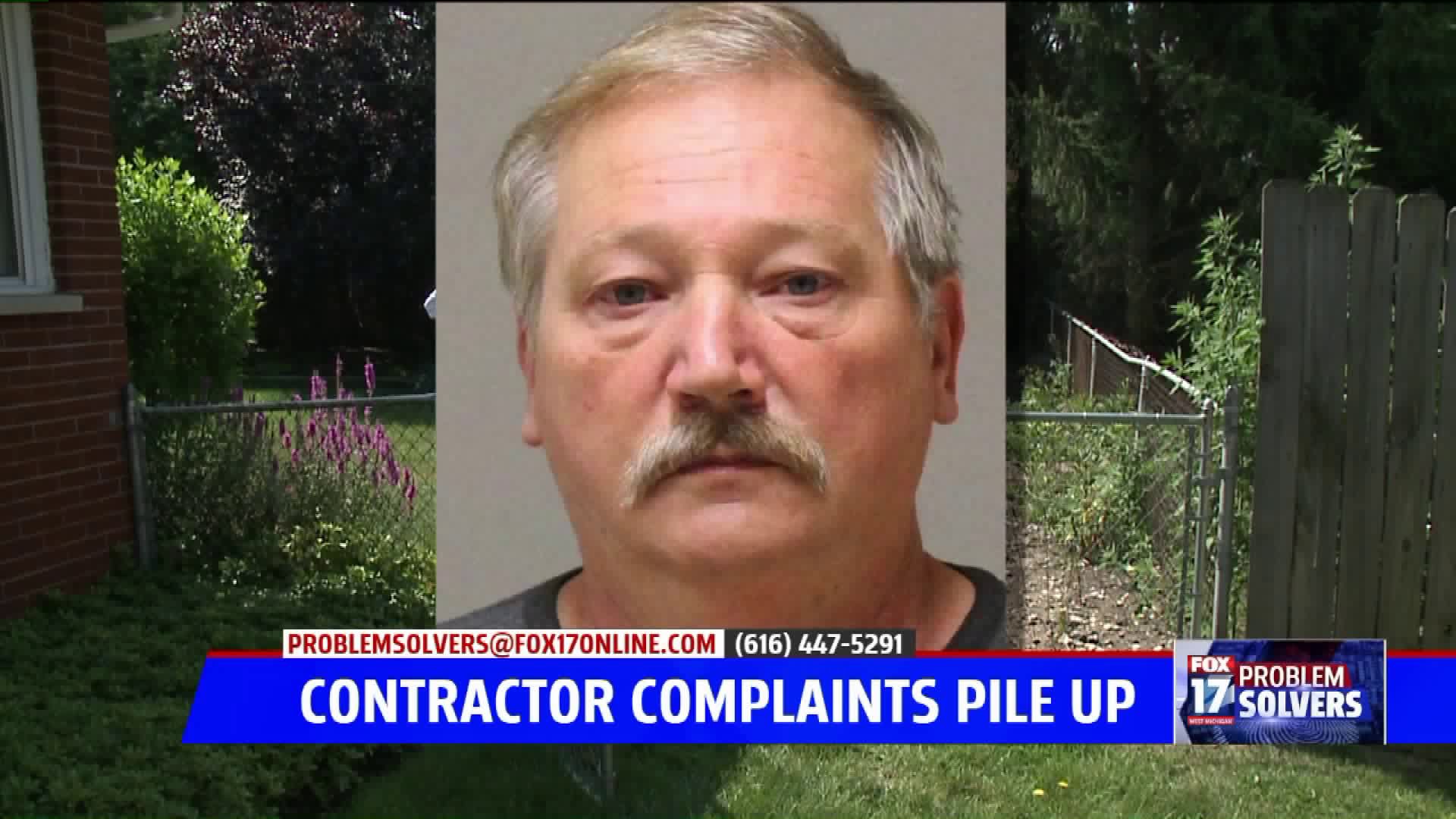 George Panzone, a World War II veteran who stormed the beach of Normandy, is also on that list of victims. The 94-year-old said, "A lot of people say, 'Well, why did you trust him?' I was born to trust people. Because I think everybody's honest which, of course, is stupidity."

Panzone said Wheeler, the owner of Northern Tree Service, approached him in his backyard in July 2017 following a windstorm.

"I had three trees here, and it blew one of them over," he pointed.

"Told me that he was going to grind the stumps, but he never did. Then he promised to put some fill dirt in the front yard by the porch. He never did. Each time he came by, he wanted more money," Panzone explained.

On top of that, the longtime Grand Rapids homeowner said he had also paid Wheeler to plant new trees. But he never did. He said Wheeler made off with about $1,100 he didn't earn.

He's not the only target. The Fox 17 Problem Solvers have heard from several other West Michigan homeowners allegedly victimized by Wheeler. They too said he was going door-to-door. Now there's a warrant out for his arrest.

Terry Glenn, director of operations for the Better Business Bureau said, "I think all age groups can fall victim to this. People are trusting."

When dealing with a door-to-door salesperson, Glenn said don't make any hasty decisions, don't feel pressured, do your research, and assess your needs before signing anything or handing over any money.

If you verify that they're licensed and insured, Glenn said "if there is a problem you have some recourse after the fact."

Also, know where the business is located. In this case, Wheeler's business card and contract don't list an address.

Panzone said he learned Wheeler allegedly failed to pay the people who worked for him. If you know where John Wheeler is call Silent Observer at 616-774-2345.