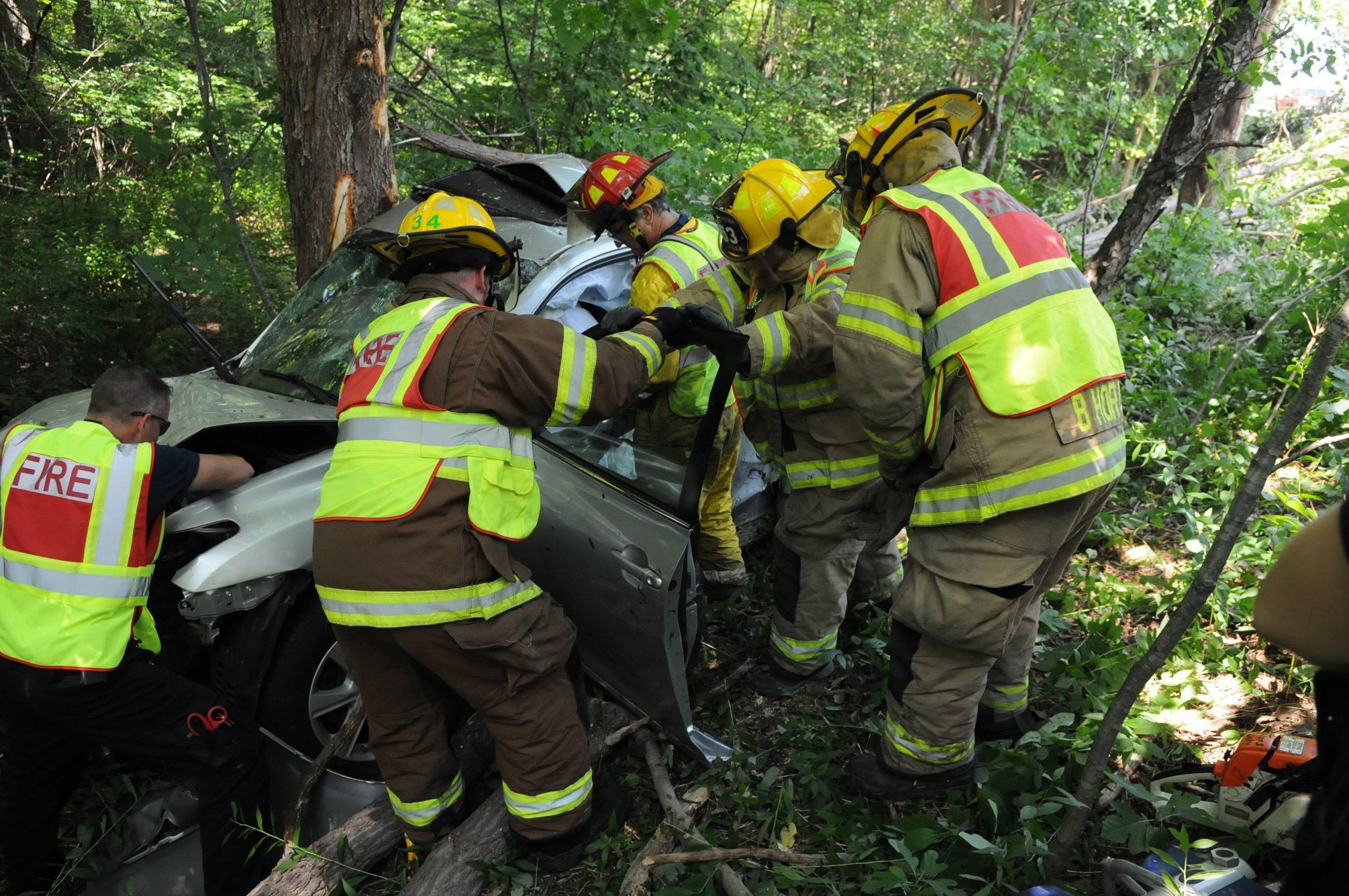 SOUTH HAVEN, Mich. — Emergency officials say a male driver had to be extracted following a crash near South Haven over the weekend.

According to the South Haven Emergency Services, the driver was traveling south on I-196, when he reportedly lost control and went airborne. The SUV left the interstate near the 16-mile marker and struck a tree.

Emergency personnel used JAWS to get the driver out, but say the driver escaped ‘serious injury.’