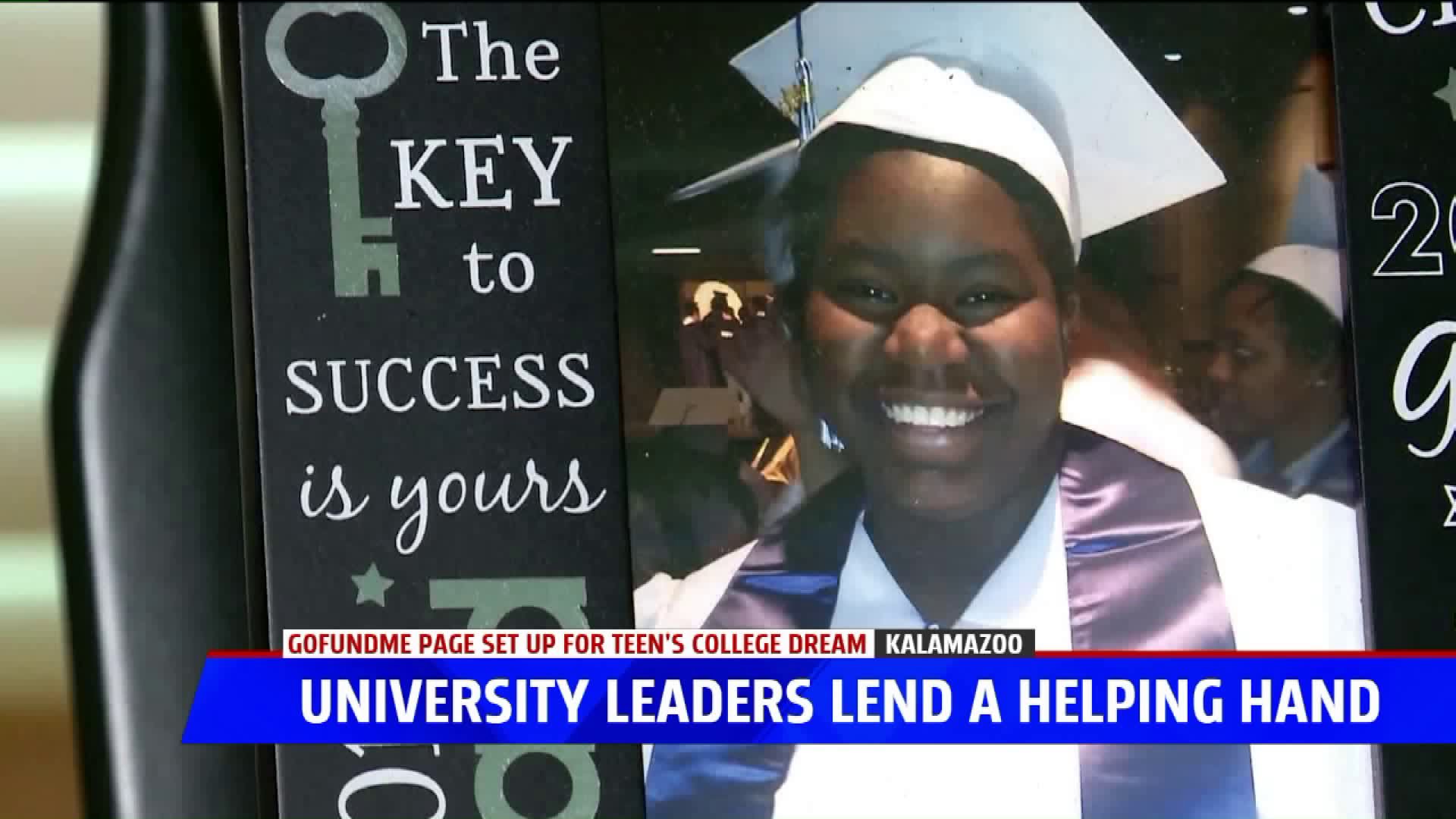 KALAMAZOO, Mich. — When Zaviona Woodruff went to bed last night she saw on FOX 17’s Facebook page that hundreds of people had seen her story. Thursday morning, more than 30,000 people saw it, including an official at Oakland University in Rochester Hills.

“You have been the talk of Oakland University,” said the school’s media relations director Brian Bierley over the phone.

Zaviona smiled and said “I’m already famous and I haven’t gotten there yet.”

Wednesday FOX 17 aired Zavonia’s story that she was denied the Kalamazoo Promise one week before graduation in May. She met all the requirements for the free college tuition scholarship: attended a Kalamazoo Public School from kindergarten through 12th grade and lived in the district. However in 2016, she, her sisters and her father  became homeless. They lived in a shelter for a few months and later moved to a housing complex on Gull Road. Initially, she said they were told that their new home was in  Kalamazoo. Later, they learned it was actually in Comstock Township and that the KPS district line was across the street. Thus, she was denied the Promise.

“This story popped up about you and the trouble you were having with the Kalamazoo Promise,” Bierley said during the phone conversation. “I watched it this morning, early,  and it kind of touched me. So I said you know we need to try and help this young woman.”

Bierley said he immediately forwarded her story to many people on campus including the admission director, financial aid director and vice president of student affairs.

“Now even the president of Oakland University has been included in the conversation,” he said. “She has taken a personal interest in you.”

Zaviona beamed. Bierley said they’re currently looking for  scholarships and financial assistance for her. They’ve even shared her GoFundMe page to many on campus.

“I love this,” she said during an interview after the phone call. “I love that people want to help.”

Hundreds of people already did. Thursday morning her GoFundMe page raised only a couple hundred dollars. By evening, it reached over $7,000. She and her family were overwhelmed with emotion.

“Thank you,” said her father Cecil smiling. “I’d like to shake your hands, hug you because this is something we definitely would not have been able to do by ourselves.”