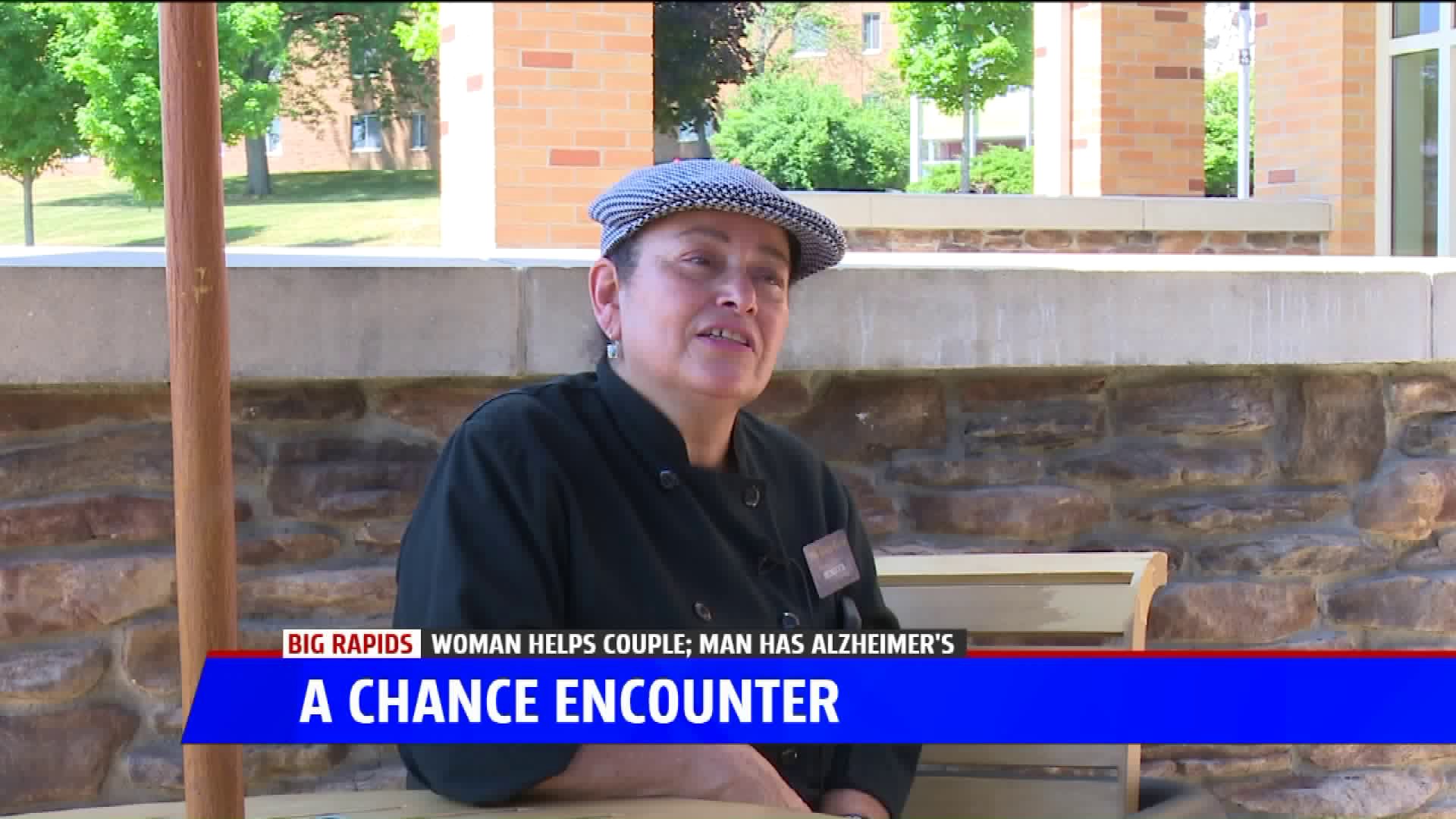 BIG RAPIDS, Mich. -- A chance encounter put a Michigan woman face to face with a couple in need of help.

Rebecca Guizar, a cook at the Rock Cafe at Ferris State University, met an elderly couple in Big Rapids Sunday when she was driving home from visiting her sister.  She says the 81-year-old gentleman was walking on the side of the road, refusing to get in the car with his wife.

"She was telling him to please get inside the car, and he would not have it," Guizar said.

That's when Guizar decided to help.

"I stopped my car, got out and went up to the gentleman and I said 'Sir, where are you going," Guizar said. "He said 'I got to the police station... I want my license back, I want to drive.'"

The man's wife explained to her that he has Alzheimer's. Guizar was able to convince him to into her car, and they followed his wife back to their house.

At first, she says he didn't want to get out of the car, so he called 911 to get some assistance.  While they were waiting, they talked for a while, and she found out he also used to work at FSU, but as a higher-ranking staff member.

They ended up going inside to chat and enjoy some ice cream, and she says it won't be the last time.

"I'll be picking up some ice cream and dropping it off for them and she's going to have a garage sale that I'm going to help her with, and just check on them once in a while," Guizar said. "We exchanged phone numbers, she was very happy and really appreciated it and I know he did as well."

Guizar says if you see someone who needs help, don't hesitate.

"They don't have to be on the side of the road," she said. "Check on a neighbor, check on your family, anybody. Do something kind."