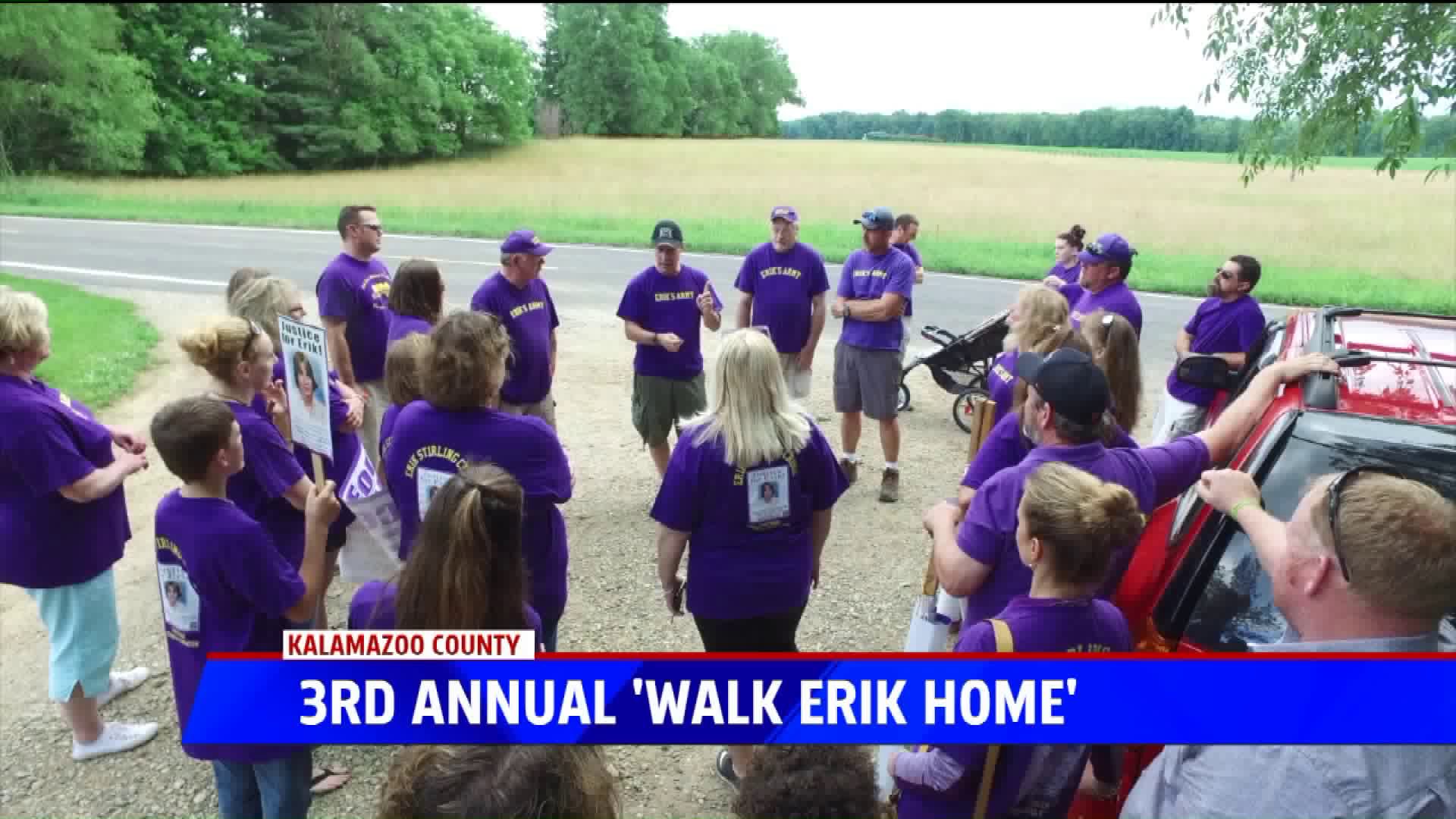 KALAMAZOO COUNTY, Mich. -- This week marks 35 years since a 16-year-old was killed in a hit-and-run in Kalamazoo County.

On Sunday, a community held a march to remember him and in hopes of bringing closure to the Erik Cross homicide. The group Erik's Army is dedicated to keeping the spotlight on the investigation in hopes of solving Erik's death.

“He was drug behind a car backed over and driven pulled again behind a car down a paved road,"said Melissa Hatfield, organizer of Erik's Army.

His body was found by his father near the front yard of his parents' home in Vicksburg.

“His dad saw that because his dad is the one who came out to get the paper,” said Hatfield. "[He] saw Erik’s shoe laying there and wondered what’s going on and saw something in the road and froze, because he knew what it was but didn’t want to accept what it was."

Sunday marked the third year for the symbolic walk down Kimble Lake Drive and Y Avenue, the route Erik took back on June 26, 1983. Police say Erik was at a party near the end of Kimble Lake Drive.

The details of what happened that night are unclear, but officials say he walked about a mile to his home on Y Avenue. After that, it's believed a group of teens picked him up, beat him and killed him by dragging him behind a car and running him over. And that's why Erik's Army walks that same route near the anniversary of his death.

The describe the walk as a somber experience. "Because everybody is kind of thinking in their minds. there’s not a lot of talking while we’re walking," said Rich Deneve "It’s more reflecting on what probably happened here that night, because this is exactly where it all happened at."

The sheriff's office has several persons of interest in the case, including Brent Spalding, but no arrests have been made so far.

“We’re hoping this will be the last walk," said Matyas. "The prosecutor of Kalamazoo County has had the case since September and is doing nothing, doesn’t talk to the detectives about the case. So we’re pretty upset about that."

Earlier this year, the Cross family asked Attorney General Bill Schuette to take up the case in hopes of finally having charges filed. His office later told us that until the Kalamazoo County Prosecutor makes a decision on this case, they'll respect his office.