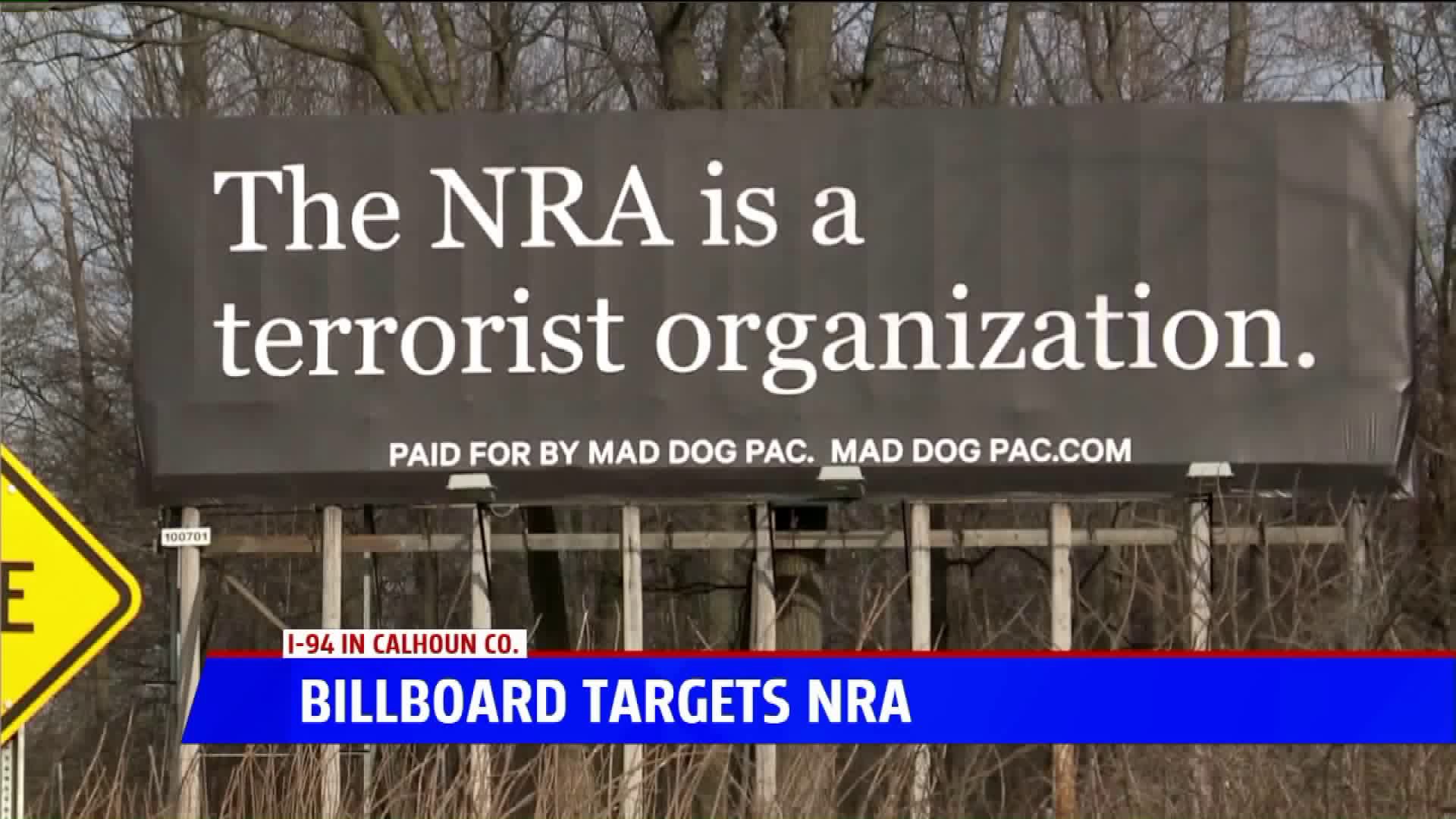 The billboard was installed along I-94 near Battle Creek Wednesday. It's one of 13 that read, "The NRA is a terrorist organization," located across battle ground states, and according to Mad Dog PAC Founder Claude Taylor, drivers in Michigan could see another dozen statewide before the midterm election.

Taylor identifies as a longtime democratic activist, and is a former White House staffer for the Bill Clinton Administration, working to flip Congress to impeach President Trump and ban assault weapons.

"Civilians are being given access to military-grade weaponry; that has no place on the market," Taylor told FOX 17 Thursday. "And the NRA is more responsible for that than any other entity in our political system."

The NRA has not responded to FOX 17 for comment, but published a Facebook video in response to this billboard first erected in Florida about a month ago. Their video reads, "Another anti-gun billboard takes aim at NRA’s 5 million members as part of an extreme leftist ‘End the NRA’ campaign. To all American gun owners, the violent left will stop at nothing to destroy our freedom."

Taylor says the billboards are anti-GOP, anti-Trump and anti-NRA, which typically run on eight to 12-week cycles and cost between $5,000 to $7,000 per cycle.