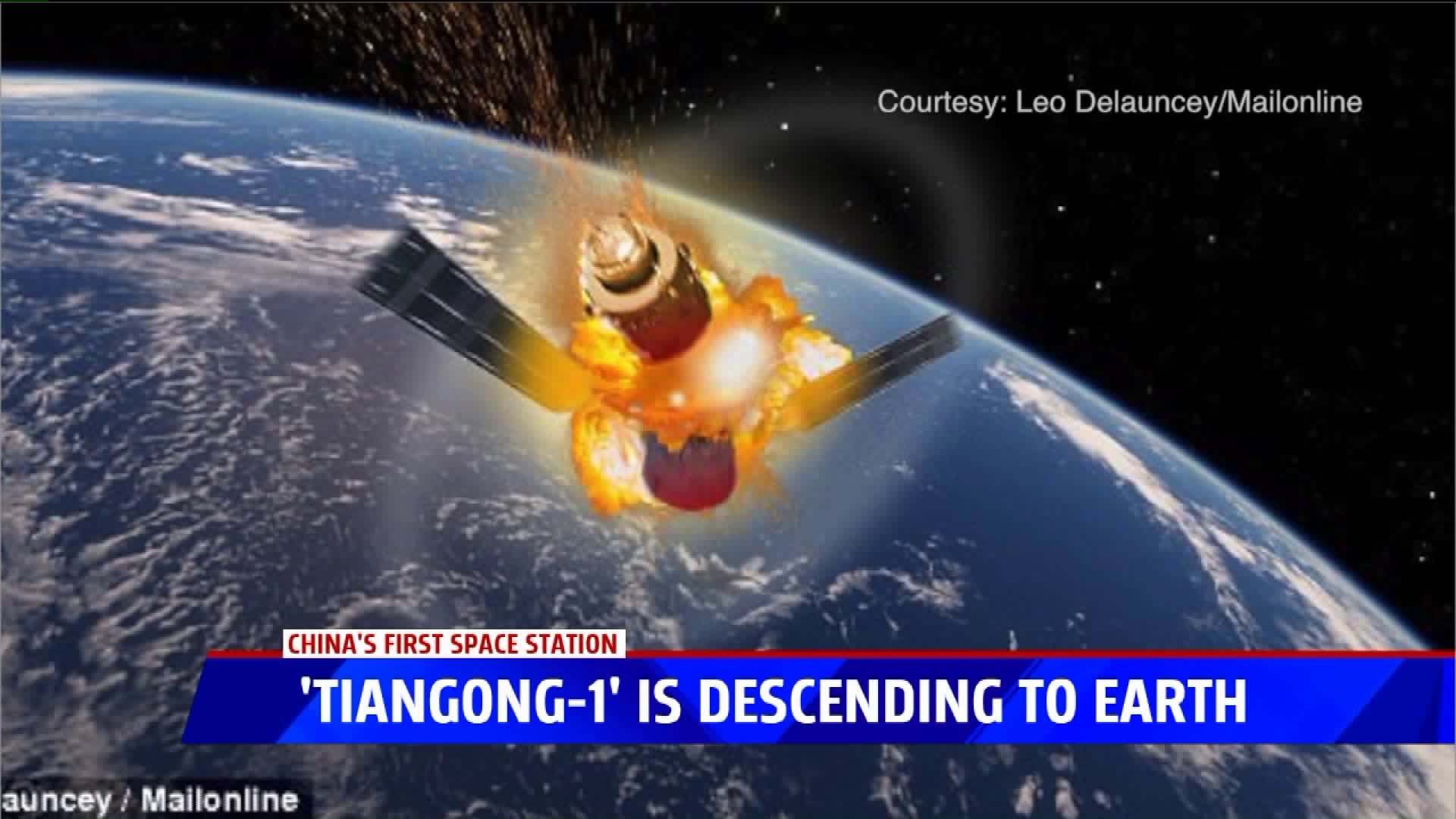 GRAND RAPIDS, Mich. -- A Chinese space station dropping closer to Earth could possibly land somewhere in West Michigan. The odds are incredibly small, but it has been enough to catch people's attention.

The Tiangong-1 is China's first space station, launched in 2011.  Researchers say it will be reentering Earth's atmosphere in a few weeks.

Dr. Lauren Woolsey, professor of astronomy and physics at Grand Rapids Community College, has been watching the path of the Tiangong-1. She says you're 10 million times more likely to be struck by lightning than to see any sort of debris from the satellite.

"It's acting in a very consistent and predictable way," she said. "It's just that they can't affect what's going to happen to it."

Woolsey says the Tiangong-1 is descending toward Earth uncontrolled; China can no longer maneuver it. It's predicted to reach Earth some time between March 29 and April 6.

The number of places where the Tiangong-1 could possibly land includes Grand Rapids as well as many other places.

She says the chance of the satellite landing in Grand Rapids are a little higher because it's closest to the extreme 42.8 degrees where it'll spend a little more time.  However, she also says "the odds are very, very small."

The space station is nearly 19,000 pounds, about 35 feet long and 11 feet wide, Dr. Woolsey says most of it will likely burn up before it reaches Earth.

"Being hit by this, you have, you’re 10 million times more likely to be hit by lighting, and everybody already has that in mind of being never happens," she said. "So yeah , it’s one ten-millionth the odds of that.”

As the Tiangong-1 gets closer to Earth, it's easier to predict where it will land.  But it's moving incredibly fast, orbiting the planet nearly once every 90 minutes, making it difficult to predict its landing area. "Because it's going so fast, any prediction of where it's going to hit the ground -- imagine if you’re driving in a car at 90 miles an hour," Dr. Woolsey said. "One second later, you’re pretty far down the road, but we’re at such extreme speeds that that’s a couple of orders of magnitude faster."

Though it's very unlikely that it will land in Michigan, Dr. Woolsey says there is a god chance you should be able to see the Tiangong-1 flying across the sky.  There are websites to track the Tiangong-1.

You can track the Tiangong-1 here.