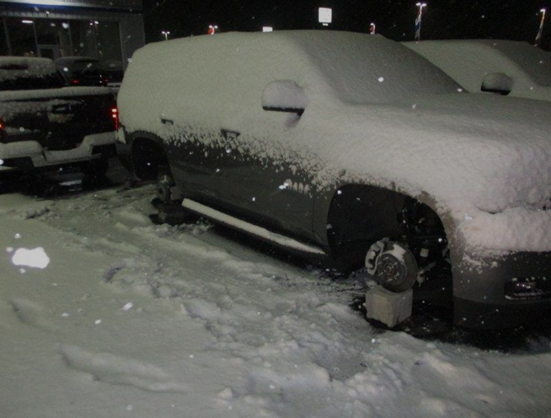 The man was arrested early Wednesday morning after tires were removed from a vehicle at Young’s Chevrolet, 3669 S. State Rd.

According to a release form the Ionia County Sheriff’s Office, they responded to the dealership after receiving a tip that the suspect was operating in the area after several wheel thefts in Kent County.

The man was later stopped just inside Kent County, and investigators say they found the stolen wheels in the bed of his truck. He was arrested and lodged in the Kent County jail.

The case remains under investigation. The suspect will be identified pending formal arraignment.