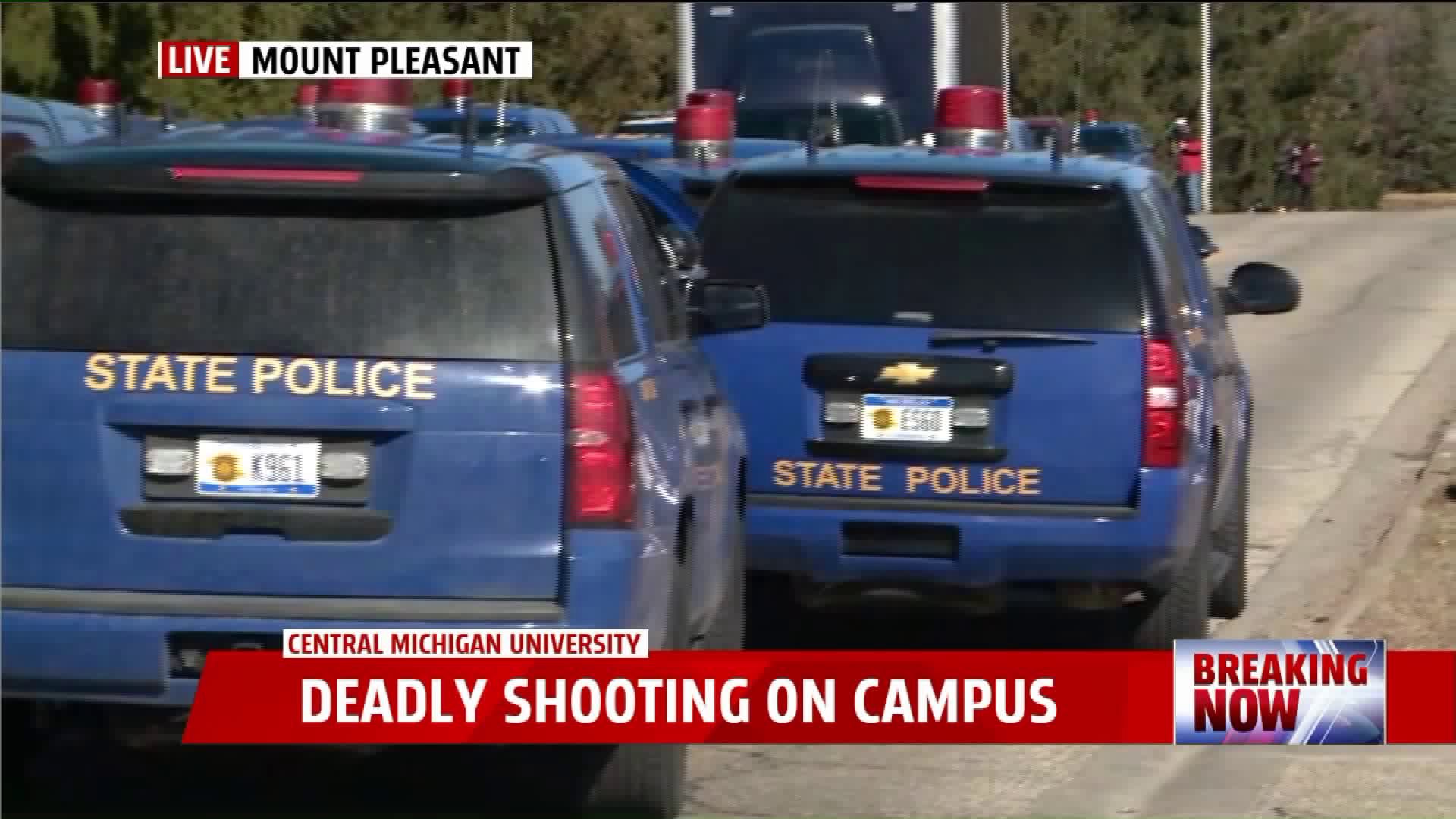 Michigan State Police tell FOX 17 that two people have been shot and killed. Central Michigan says the two deceased are not students.  Police are describing the incident as being a "domestic incident" but are not releasing the identity of the victims.  The school does say that no students, staff or faculty were injured.  Students are still being sheltered-in-place.

Police declined to confirm a Detroit Free Press report citing unnamed sources that said the suspect had fatally shot his parents when they came to pick him up for spring break.  The victims were identified in Illinois as being James Eric Davis, Sr., a police officer in Bellwood, Illinois, and his wife, Diva.

The suspect is being identified as James Eric Davis, Jr. He is described as a 19-year-old black man, wearing a yellow-colored jeans and a blue hooded sweatshirt, which he may have taken off.  He is described as being about 5'10" tall, weighing about 135 lbs.  He is still at-large.

The incident was reported just after 9:00 a.m.  Friday is the last day of classes before Spring Break.  Anyone coming to CMU to pick up students for Spring Break should stay off campus until further notices.  Anyone heading to campus should go to the Comfort Inn at 2424 S. Mission Street. University staff will be there to assist families.

Mt. Pleasant Police say other schools in Mt. Pleasant have been put on lockdown as a precaution.  Police say that the suspect is armed and dangerous and on the loose in the city limits.  Anyone who sees the suspect should call 911 and not approach him.

Police say that Davis was last seen leaving the Towers Complex and ran north.  They say they did find some clothing along a railroad track and Davis may not be wearing the same sweatshirt from his description.

Michigan State Police, the FBI, local police and sheriff's deputies and campus police are all involved at the scene.

Police also say that the suspect was hospitalized overnight for a drug-related incident.

Friday night's basketball game vs. Western Michigan University has been postponed, so there is no reason for Western fans to head to Mt. Pleasant.

Central Michigan University has about 23,000 students in Mount Pleasant, which is about 70 miles (112.6 kilometers) north of Lansing.