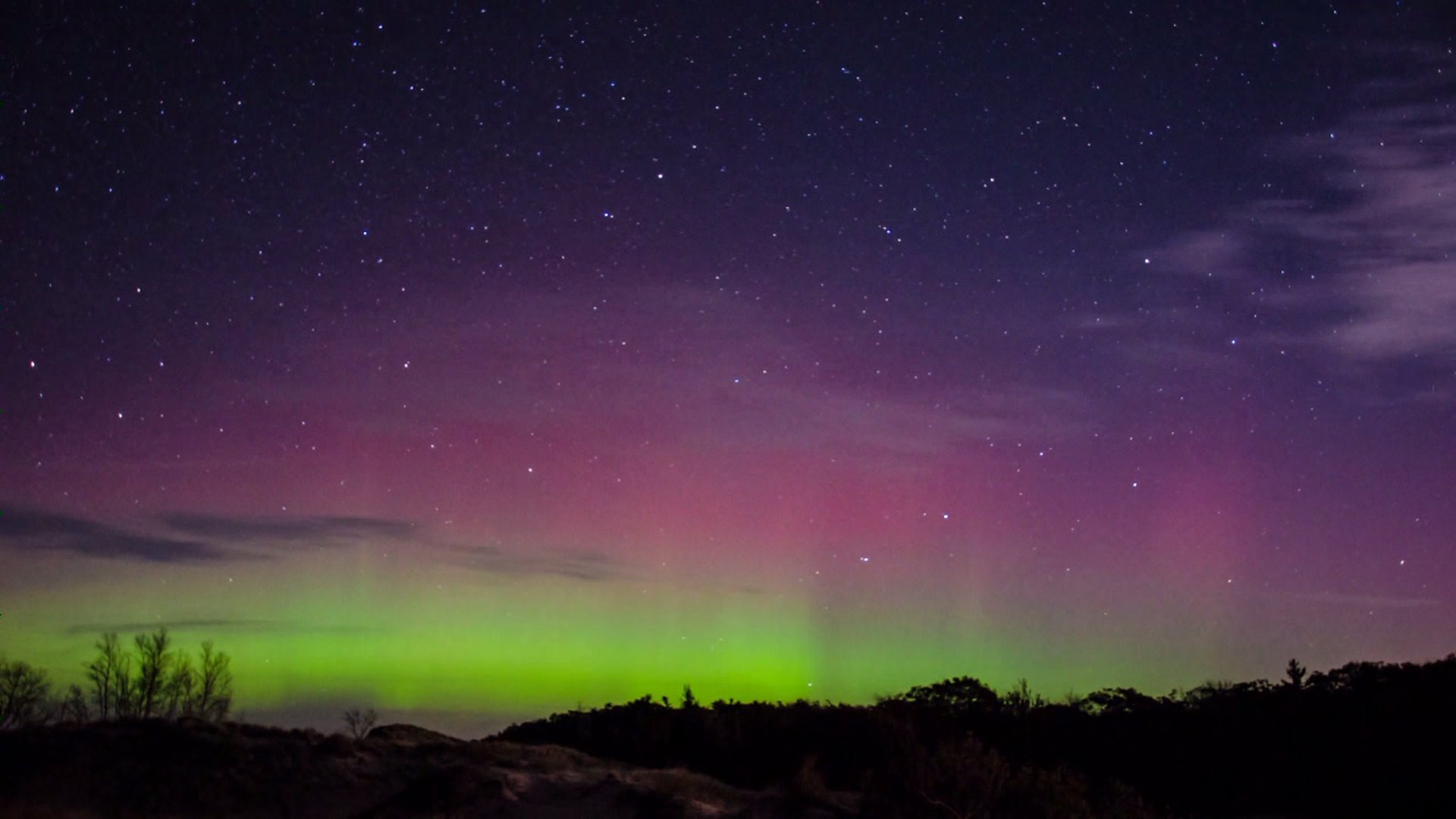 In 2017, there were 169 UFO sightings reported directly to the Mutual UFO Network (MUFON), the world's oldest and largest UFO phenomenon investigative body.

FOX 17 dug into the data, examining hundreds of local reports while getting a good look at viewer submitted videos of possible UFOs flying over the skies. This, after a former Pentagon official revealed a government program allegedly researching UFO's for years.

In December of 2017, the world learned that the Pentagon spent $22 million on a program called the Advanced Aerospace Threat Identification Program, according to Luis Elizondo, who led the Pentagon effort. Elizondo told The New York Times he resigned from the Department of Defense in October in protest what he called excessive secrecy surrounding the program and internal opposition to it after funding for the effort ended in 2012. The footage below was released by Elizondo following his resignation.

Footage shows an encounter between U.S. fighter jets and “anomalous aerial vehicles.” (To The Stars Academy of Arts and Science)

However, you don't have to go far to find first-hand accounts of extraterrestrial encounters. Of 151 reports of UFOs documented worldwide by MUFON in 2018, six were reported in Michigan.

MUFON was founded in 1969 to investigate the growing UFO phenomenon through a team of investigators and researchers. The Michigan MUFON chapter meets five times a year outside of Flint, where like-minded people come together and share their personal stories about what they've seen in the sky.

"People are seeing things they can't understand on a regular basis," said MUFON state director Bill Konkolesky. "When people can come together and talk face-to-face about what they've seen and what their theories are on everything, that's real."

Konkolesky says the organization is big into investigating the UFO phenomenon based on evidence.  Michigan has three "licensed investigators" who collect data and keep it organized and open to the public. You can even track UFO sightings worldwide in real time here.  However, Konkolesky admits that 97% of the time, a sighting is not a UFO.

"We had 410 sightings a few years ago, and that was the year when Chinese lanterns were all the rage," Konkolesky said. Other identified sightings are drone or some sort of meteorological event like the recent Bolide/meteor sighted across the state in January. The other 3% remains unknown.

The UFO Center, operated out of Washington state by Peter Davenport, also takes reports of UFOs on a daily basis. Davenport says people should do their own research before making up their minds about whether or not they "believe" that UFOs exist.

"I think it’s important that people see things with their own eyes before they believe them or accept them," Davenport said. "Biblical scholars, for example, should be included in the UFO debate and research process, because they might have some input that would be significant."

The UFO Reporting Center has received more than 150 cases in 2018. That number is rising every day. Davenport believes it's because people are starting to "believe what they're seeing."

Here are a number of historically-head scratching cases that have happened in Michigan:

1) 1975, Konkolesky says there was a large UFO sighting over Wurtsmith Air Force Base in Iosco County, Michigan.

2.) March 8th, 1994: hundreds of witnesses reported seeing flickering lights resembling a string of Christmas lights or a group of airplanes flying close together near Holland. Below are 911 calls and testimony from the National Weather Service, (MUFON).

3) March, 1966:  hundreds of Michigan residents saw colorful, strange lights across the sky. Konkolesky said the US Air Force came out to investigate but claimed that residents were seeing no more than swamp or marsh gas.

"So I like to joke that Michigan is not only the Great Lakes State, but we’re also the swamp gas state," Konkolesky said. "Michigan has a rich history when it comes to UFO sightings."

It's important to note there has not been an actual sighting of a UFO confirmed by any governing agency. UFO enthusiasts encourage the general public to do their own research before coming to any conclusion.