HARTFORD, Mich. -- A 29 vehicle pile-up closed a stretch of I-94 in Van Buren County for over three hours on Friday.

The initial crash was reported at about 9:20 a.m. Friday on westbound I-94 at mile marker 45 near Hartford.  Michigan State Police say 17 semi-trucks and 12 cars were involved.

At least one person was reportedly pinned in a vehicle during the crash.  It's unclear how many others were injured.

Police say in a release that the pile-up happened during periods of heavy lake effect snow in the area. 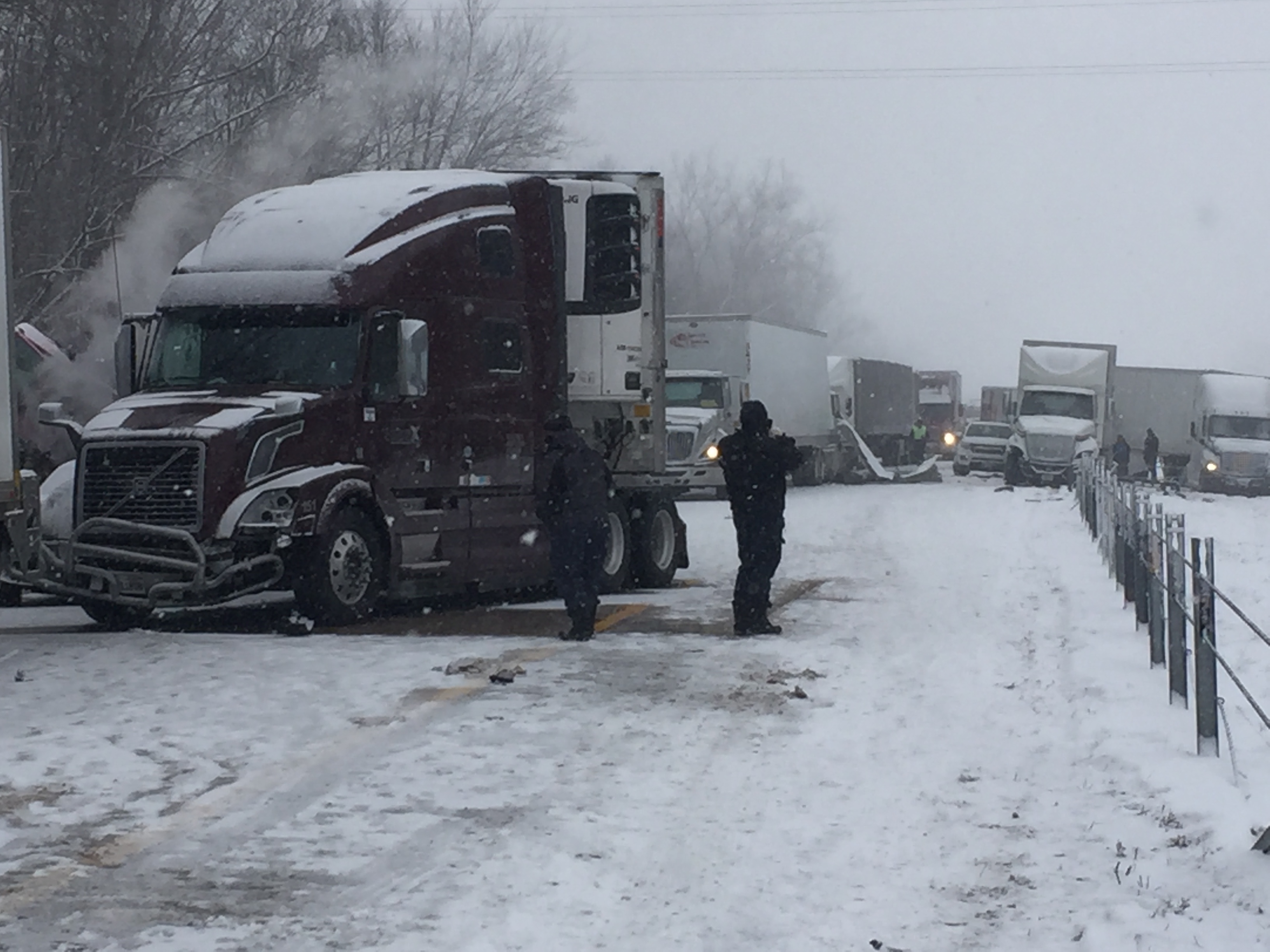