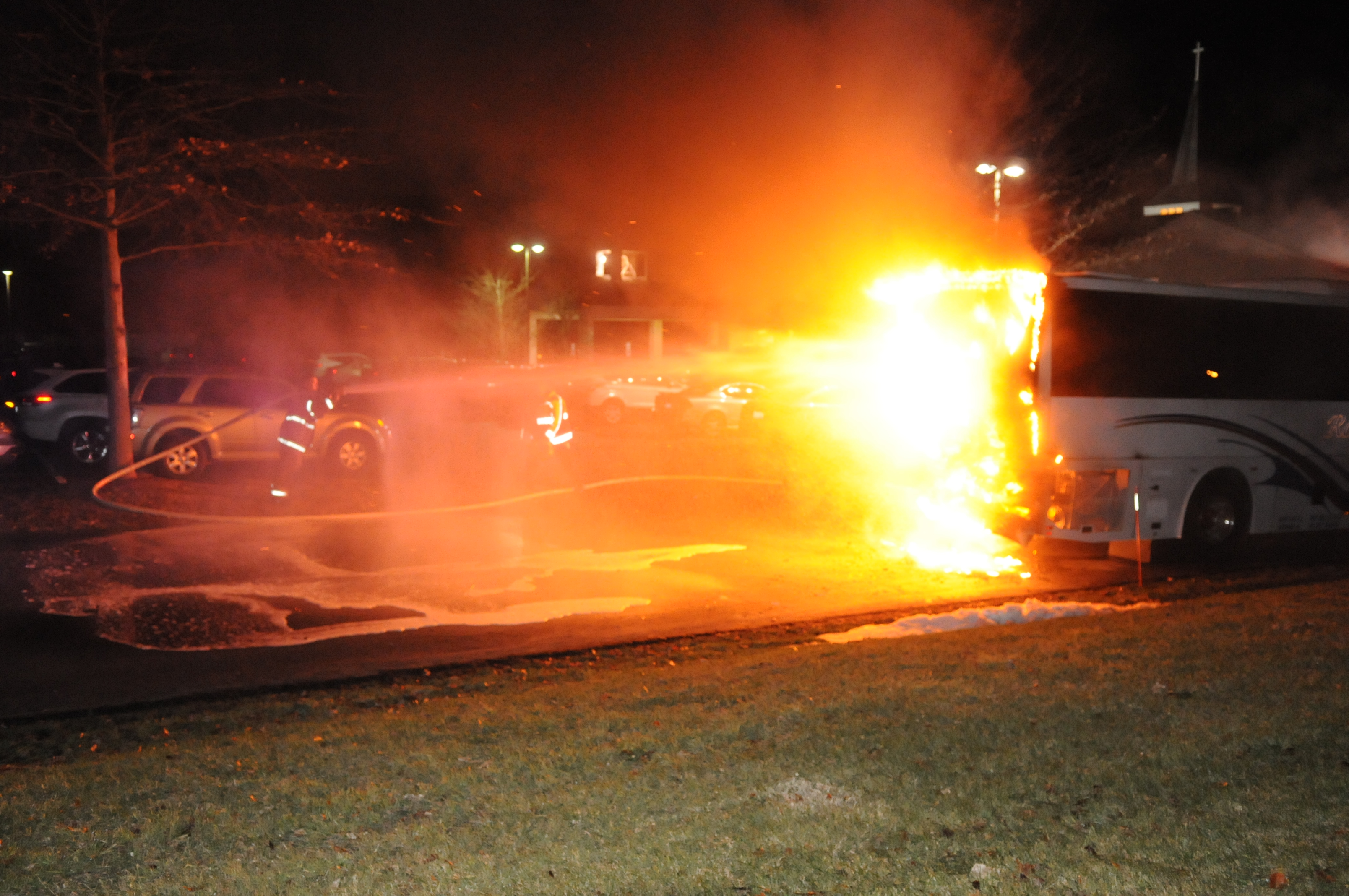 The driver of the bus told police that he noticed the fire when he went to move the bus just after 8:30 p.m. Tuesday.

The cause of the fire is still unknown and no one was injured during this incident.