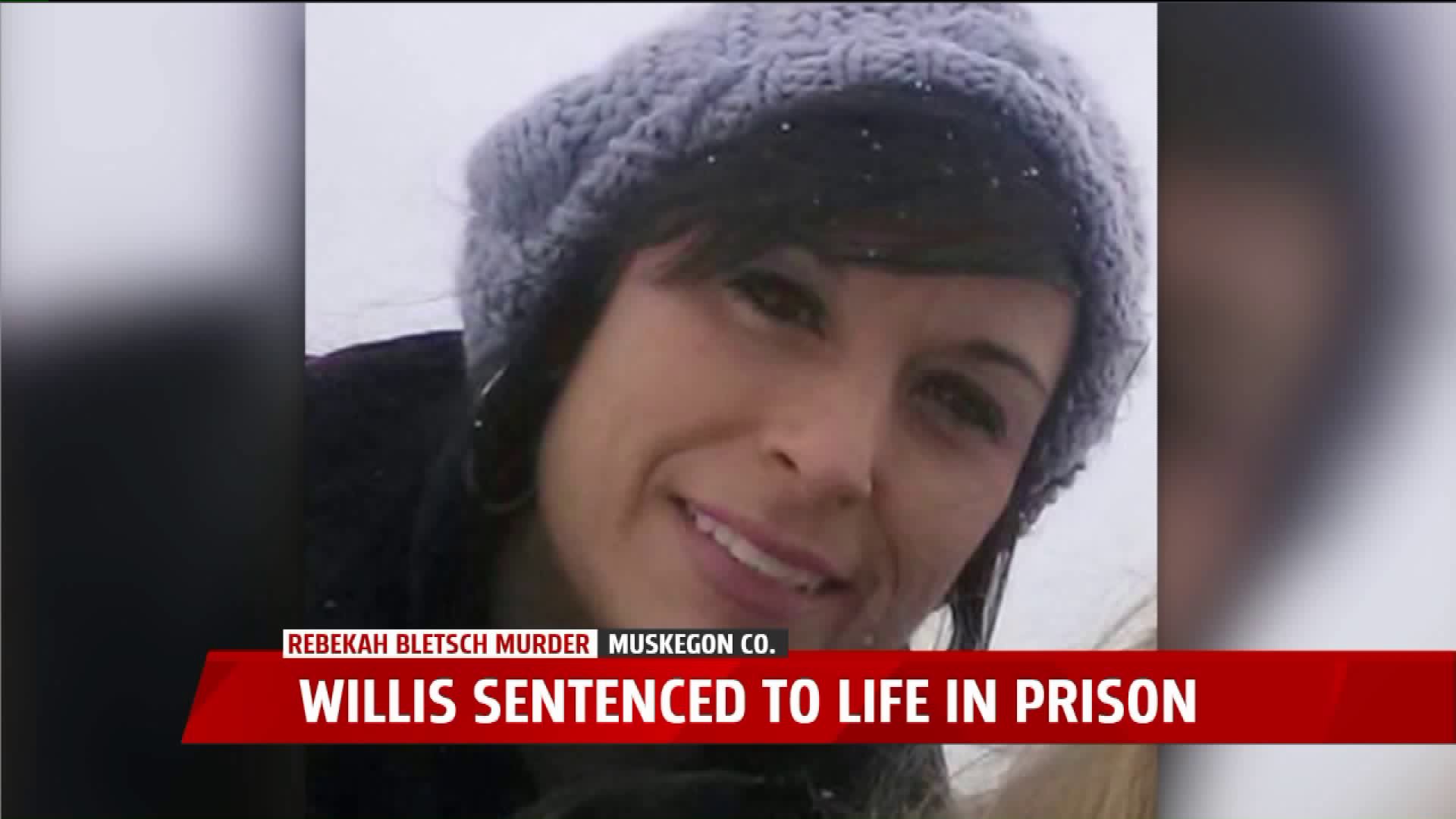 MUSKEGON, Mich. - Jeffrey Willis will spend life in prison without parole for the murder of Rebekah Bletsch in June 2014.

Willis was convicted last month of killing Bletsch, a mother who had been jogging near her home after work.

Willis requested to go back to jail and not be present in the courtroom during his sentencing, avoiding statements from the family of Rebekah Bletsch.  As Willis left the courtroom, he turned to the family and blew a kiss as the crowd called him a coward.

Bletsch's mother Debra Reamer told the court, "This coward should have been here to listen to us. We deserve our right to tell him exactly how we feel."

“I think that was very cowardly to walk out like that, and then to turn around to my family and blow a kiss?" said Jessica Josephson, Bletsch's younger sister, after the sentencing. "I think that’s his kiss of death. He’s going to get what he deserves in prison."

"Becky was everything a big sister should be," Josephson told the court. "I will never forget the time I was with my sister and I asked her, ‘Becky are you pregnant?’ She said 'no.' I told her I had a dream she was pregnant, a few days later Becky showed up at my door and said, 'your dream came true.' From that moment on that child became her world."

"I ask that he find it in himself to give the Heeringa family their daughter back," said Winberg. "They deserve a body to lay to rest. He claims that he’s not a monster, but his actions speak louder than words."

Willis was arrested in the spring of 2016 after an abduction attempt in Muskegon County.  Evidence was found in his home and his vehicle to tie him to the Bletsch murder, including the Walther P22 gun in his van that matched ballistics in Bletsch's murder.

"[Willis] really is evil," said Nick Winberg, Bletsch's father with tears in his eyes. "We have to move forward. The bible says to keep conquering evil with good, and my family will. We are going to move forward and live good lives."

Willis will also be facing trial beginning March 6, 2018 for the murder of Jessica Heeringa, a mother who disappeared in April 2013.  Her body has not been found.