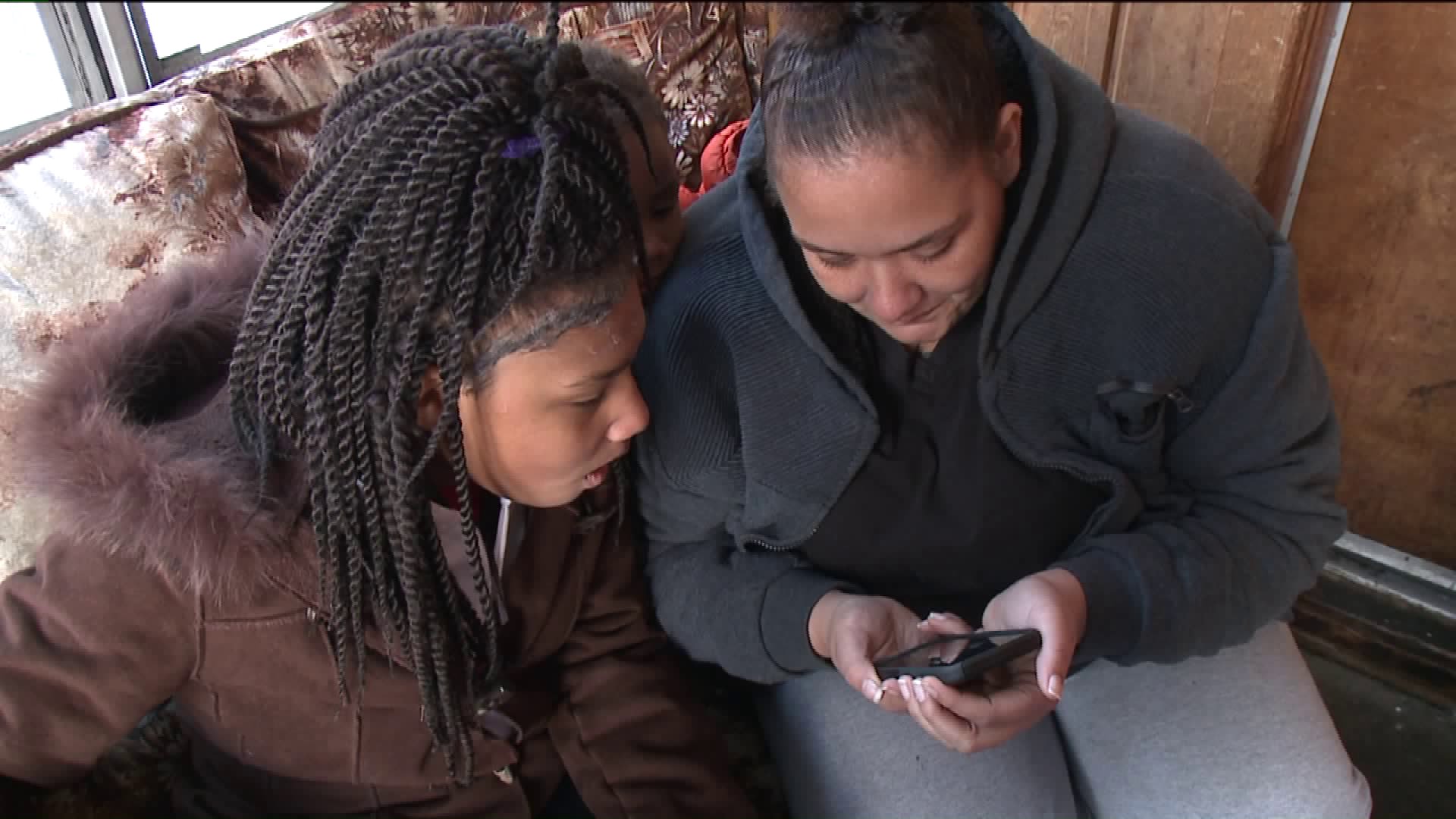 GRAND RAPIDS, Mich. -- The Grand Rapids Police Department has opened an internal investigation after an 11-year-old girl was detained during the search for a stabbing suspect last week.

FOX 17 spoke with 11-year-old Honestie Hodges, who said she is scared of the Grand Rapids Police Department after being handcuffed and detained.

“I didn’t know what was going on," said Hodges. "I didn’t do anything wrong, I’ve never got in trouble by the Grand Rapids Police. I used to want to be a Grand Rapids police officer,  but ever since that happened, I want nothing to do with them.”

Honestie said she, her mother Whitney Hodges, and one of her aunts were leaving their home Wednesday night when they unexpectedly encountered officers in the middle of a search.

"The cops turned on their flashlights and had guns in their hands," said Honestie. “We were all put into separate cop cars.”

The Grand Rapids Police Department said officers were searching the area for an armed stabbing suspect, 41-year-old Carrie Sue Manning, who they thought may have been in the home. The suspect was eventually found in a home nearby and taken into custody.

GRPD said Manning is being charged with attempted murder, and the victim in the case has been treated and released from the hospital.

FOX 17 showed the family the body camera video which showed Honestie being placed in handcuffs. Whitney Hodges said she knew it would be heartbreaking but wanted to see the video.

Honestie said it was one of the scariest moments of her life, and her mother doesn't understand why it happened the way it did.

“You [GRPD] didn’t even give us the decency to say we’re here because of this," said Whitney Hodges. "You got us all in  cop cars, have my child scared, for why, for what?"

"The juvenile was treated the same way we would have treated any adult, and when you’re dealing with an 11-year-old, it’s inappropriate," said Rahinsky. "The screams of the 11-year-old, they go to your heart, you hear the mother yelling from the steps ‘that’s my child,' and that’s our community’s child. That’s someone who lives in Grand Rapids, that’s somebody who should feel safe running to an officer."

Rahinksy said the three individuals detained by officers were to make sure they were not the suspect and that they weren't armed, but he said changes need to be made moving forward.

“We do have a problem," said Rahinsky. "We have to start looking at it through a lens from everything from training, de-escalation tactics, supervision.”

As for Honestie and her family, they're still upset, filing a complaint again the Grand Rapids Police Department. While Chief Rahinsky said he wants to meet with Honestie, she still has to consider it.

“Chief or not," said Honestie. "I really don’t feel comfortable around any cops.”