EAST GRAND RAPIDS, Mich. -- A dog who recently went blind and turned up missing several days ago has been found safe.

Abby, a Brindle Australian Shepherd mix, went missing about three and a half days ago after being let out in her yard to go the bathroom http://fox17online.com/2017/12/06/blind-12-year-old-dog-missing-in-east-grand-rapids/  .Cathy Bissell, director of the Bissell Pet Foundation, got the word out about her daughter, Alissandra's, missing dog.

After several friends and concerned members of the community came out to help search for the missing pooch, she was eventually found not far from where she went missing.  Bissell says Abby was found in an area near the family home, in a spot that had been searched several times before. Two family friends had been in the area searching when they heard a faint cry. As they walked towards the area calling Abby's name, they begin to hear barking.

The two, Vicki Farage and her daughter McKenzie, then discovered Abby stuck on a mucky path.  The dog was up to her belly in mud.  Alissandra came to help pull Abby out of the mud and then take her to the vet to be checked out.

They say Abby is doing well.

In a facebook post Saturday, Bissell said, "This is a story of a community of people never giving up. Going time after time to search for a dog no one had spotted. This story has many wonderful lessons as well. This morning the snow is falling and I think about where Abby was found. The angels were watching over us." 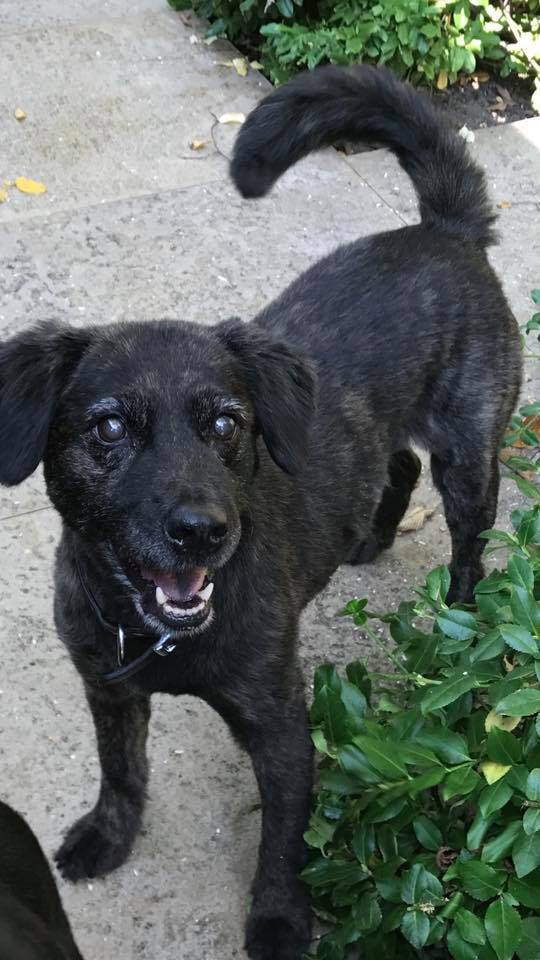