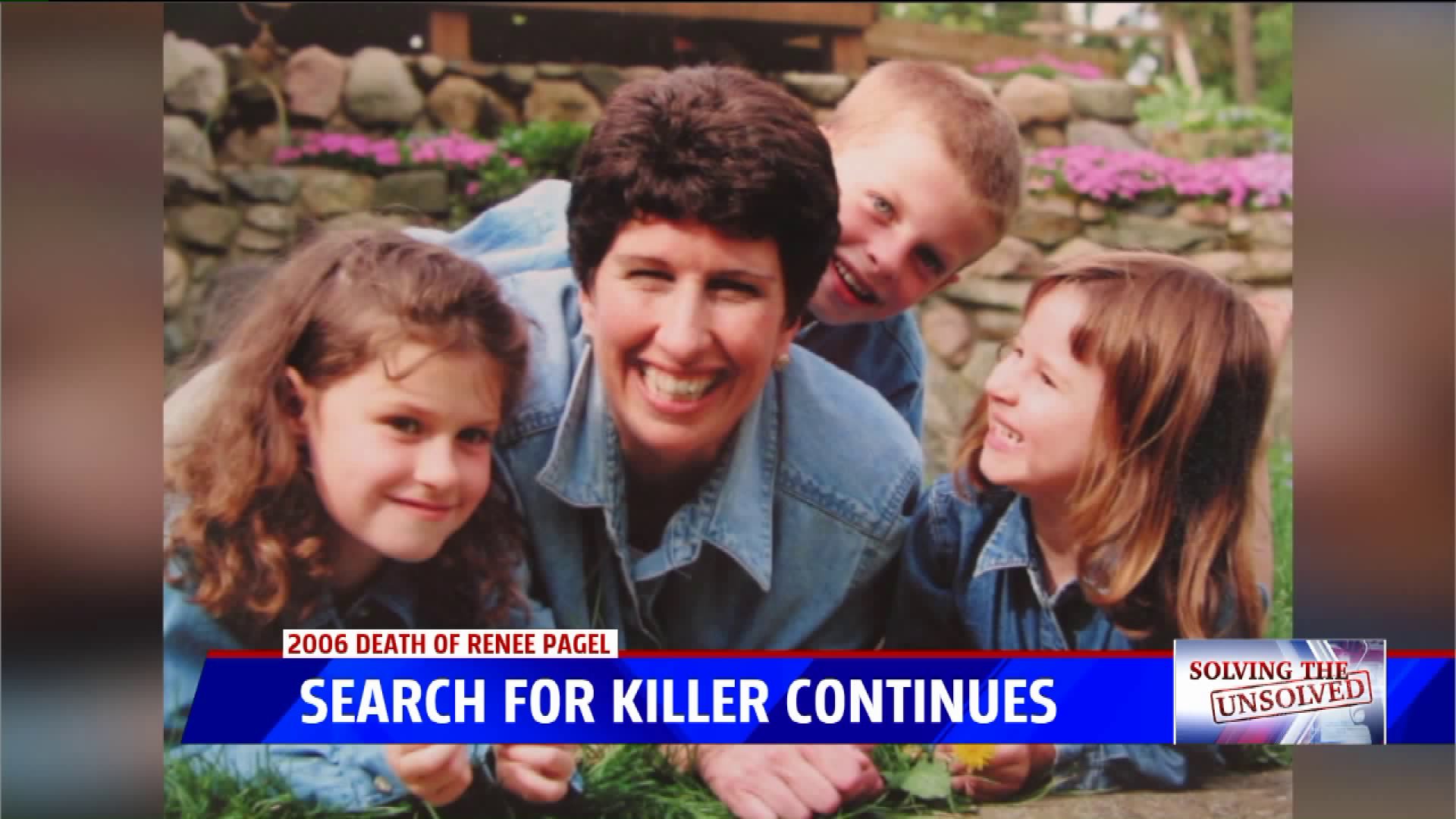 The murder case of Renee Pagel began in August 2006. The Courtland Township teacher, nurse and mother of three was found stabbed to death in her home.

"Renee was truly the most selfless person I know," Chris Crandle said of her friend. "She donated her kidney to a man that she didn't even know."

Not a day goes by she doesn't think of Renee Pagel, Crandle said.

Crandle made note of Pagel's fear of her estranged husband, Michael Pagel. "She was afraid that he was going to kill her," Crandle said.

Loved ones believe Michael Pagel murdered her. Friends felt he was capable of if. They said the two were fighting for custody of their children and for property as they went through a bitter divorce.

Police zeroed in on Michael early on but never made an arrest due of a lack of evidence.

"We definitely think that Michael is a definite person of interest, and many things point in his direction," Andrew Kozal with the Kent County Sheriff's Department told Crime Watch Daily.

Joyce Schaner, a close friend of Renee, also spoke to Crime Watch. "I saw her approximately four hours before she was murdered. She had begged me to spend the night with her."

More than a decade after Pagel's untimely death, her tragic story will be featured on Crime Watch Daily on December 6 on FOX 17 at 3 p.m. The national crime program will shine light on an unsolved case that police believe the victim's husband may have the answers to.

Crandle said she's saddened Pagel's children may have been fed lies over the years about their mother. It's through this kind of exposure she's hoping Pagel is given a voice since hers has been silenced.

"I really hope that through this, not only can we find justice for Renee and put this monster behind bars, but be able to open the door to speak truth to these kids about the amazing woman that their mom was," Crandle said.

A web page was launched by loved ones to help find answers in Renee Pagel's case.

Crime Watch Daily's story on Renee Pagel airs December 6 at 3 p.m. on FOX 17. If you know anything that may help investigators, please contact the Kent County Sheriff’s Department. You can also call Silent Observer at 616-774-2345.