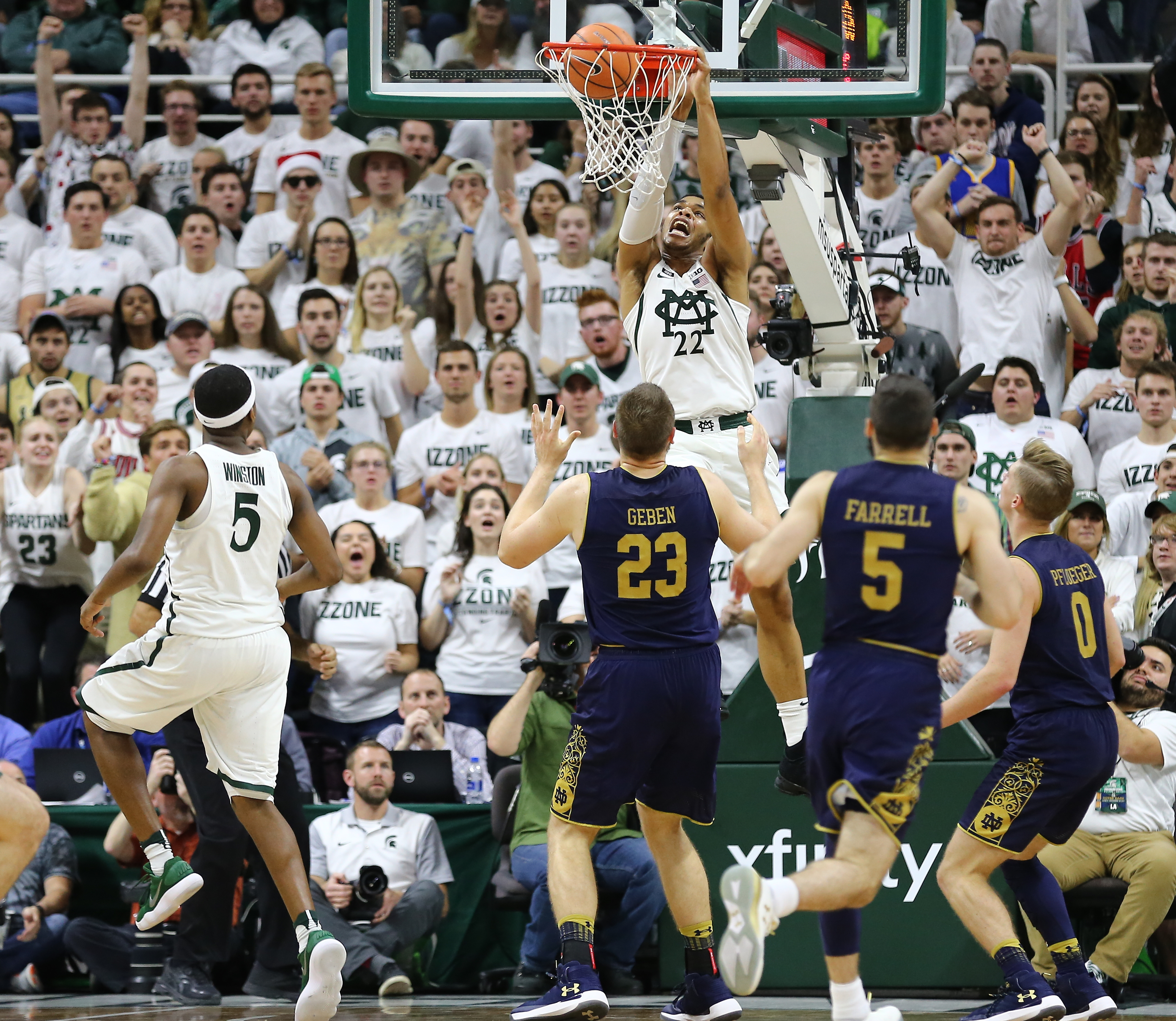 EAST LANSING, Mich. (AP) — Joshua Langford scored 12 of his 17 points in the first half to help No. 3 Michigan State take a huge lead it was able to restore in the second half against No. 5 Notre Dame in an 81-63 victory Thursday night.

The Spartans (6-1) have won five straight, including a rout against then-No. 9 North Carolina, since losing to top-ranked Duke.

The Fighting Irish (6-1) trailed by 20 at halftime and cut their deficit to seven with 13:09 left, but couldn’t get closer against a team with a lot of options on offense that is defending and rebounding as if it is in mid-season form under Hall of Fame coach Tom Izzo.

In the marquee matchup of the Big Ten/ACC Challenge, the Spartans turned a highly anticipated game into a showcase of their talent and depth.

Notre Dame’s Bonzie Colson had 11 of his 17 points in the second half and Rex Pflueger scored 15. Matt Farrell was scoreless in the first half and finished with 10 points and T.J. Gibbs added 11 points for the Irish.