Veteran speaks after service dog was turned away from Holiday Bar 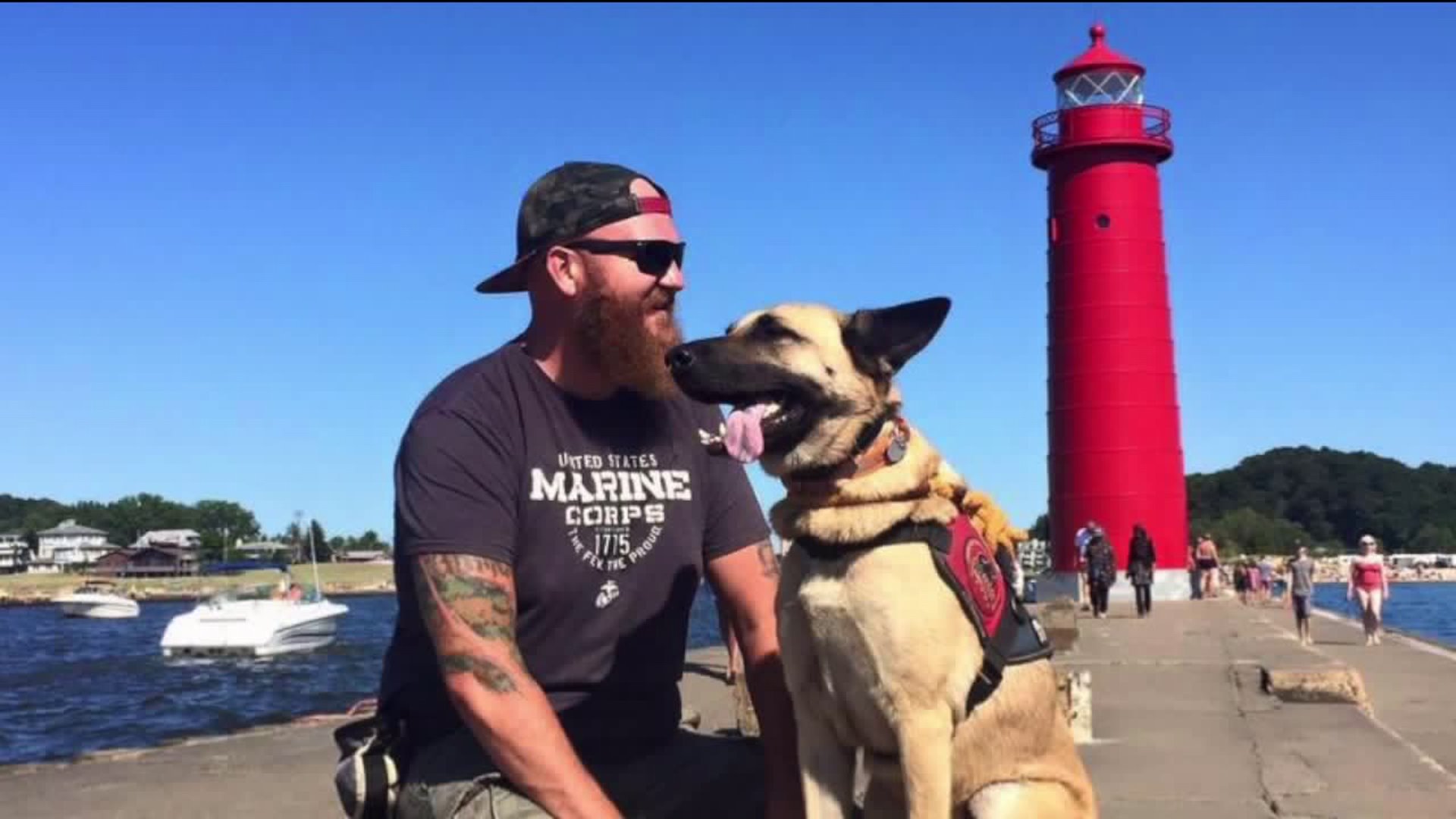 GRAND RAPIDS, Mich. -- A West Michigan veteran is fighting back against what he calls discrimination after he says he and his service dog were denied entry to a Grand Rapids bar over Veterans Day weekend.

Jerome Smith served in the Iraq War from 2002 to 2006. He says he was just out trying to enjoy Veterans Day weekend with some friends, but says the night took an unexpected turn when they went to the Holiday Bar. He says the manager told him and his dog to leave.

"How would it make you or anybody else feel?" Smith said. "You know you're just hanging out with your friends and you get singled out."

It was an unwelcome feeling during a time veterans like Smith are supposed to be honored.

"Walked in the front door of the Holiday [Bar]. I don't know maybe made it in there for about 60 seconds before the manager asked me to leave."

Smith says he wanted to celebrate the Marines' 242nd birthday.

"The situation got blown up into what it is because it was Veterans Day and I'm a Marine," Smith said. "It isn't about Veterans. I don't think they have problems with veterans. They hire veterans. It's about service dogs."

Smith says he had his service dog Jo-Jo with him at the time, saying he takes him everywhere.  He says what the Holiday Bar did is a direct violation of the Americans with Disabilities Act (ADA).

"It boils down to a lack of information," said Deb Davis, a community outreach manager with Paws with a Cause. "Lack of education and ignorance for the fact that they just don't understand the law."

Paws with a Cause is a service dog organization that tries to educate the public and businesses about the law.

The organizaiton says there are consequences for business that violate the ADA.

"I do know that in my 20 years experience in this industry, that it can be very rattling to go through this type of an instance," Davis said. "It can be a civil case, it can also be a Title 2 of the ADA compliance complaint, which goes through the Department of Justice."

Smith says Jo-Jo has been an incredible help to him, giving him a connection to places he wouldn't normally go without the dog.

Grand Rapids Police went to the Holiday Bar Friday night and confirmed that Smith was asked to leave because the employees felt the business was too crowded for the animal.

"And he said it was going to get really busy in there later, but it wasn't at that point in time," Smith said.  "It was mentioned about the dog's safety. I mentioned that it's not his call to make. We are a highly trained team. We've gone through extensive training."

The Holiday Bar posted a statement on Facebook, apologizing for what happened, saying in part "it is clear that the wrong decisions were made. For this we are deeply sorry, we know we can’t change what happened but are hopeful we can learn from this."

The Holiday Bar says it donated all sales form Sunday to the Grand Rapids Home for Veterans.   Jerome Smith says he is still thinking about how to proceed. Though he does have the option of filing a civil suit, he says he'd be willing to forget the whole thing if the bar will agree to sponsor a service dog.

So far, he hasn't heard back from them about this compromise.

Screenshot of Facebook apology posted by the Holiday Bar