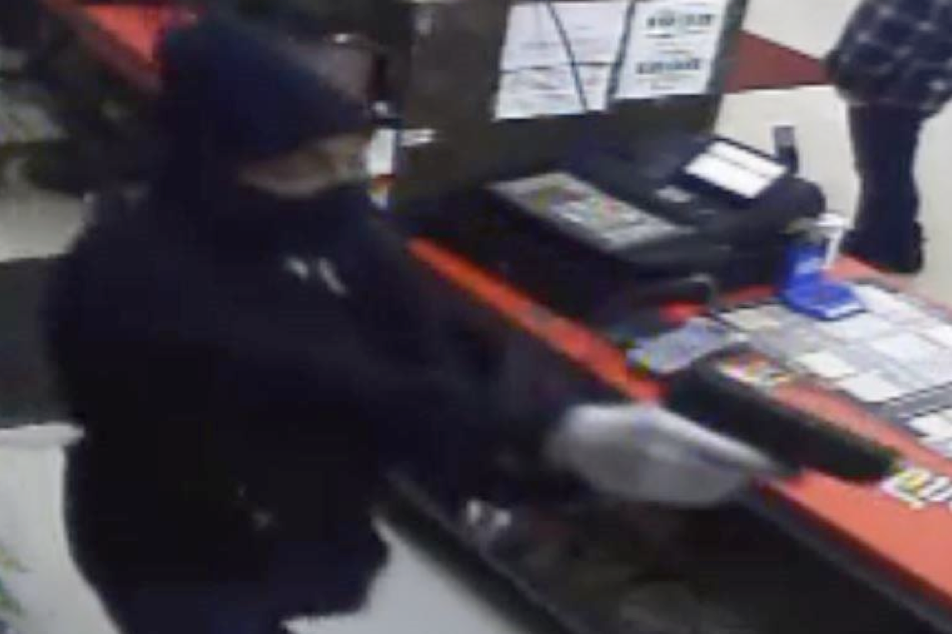 WYOMING, Mich. – Police are asking for help in finding the man who robbed a Wyoming grocery store Tuesday night.

The armed robbery happened about 9:30 p.m. at the Clyde Park Foods in the 4200 block of Clyde Park Avenue SW.

Store employees told police that the man jumped the service counter armed with a black semi-automatic pistol and demanded cash.  He was wearing a black mask that only revealed his eyes, a black winter hat, white gloves and a dark-colored Pea Coat-type jacket.  He is described as being black, in his late 20’s, about 5’9 to 5’11” tall.

Surveillance photos from inside and outside the store were released.  Police say they believe someone may recognize the suspect from his coat.