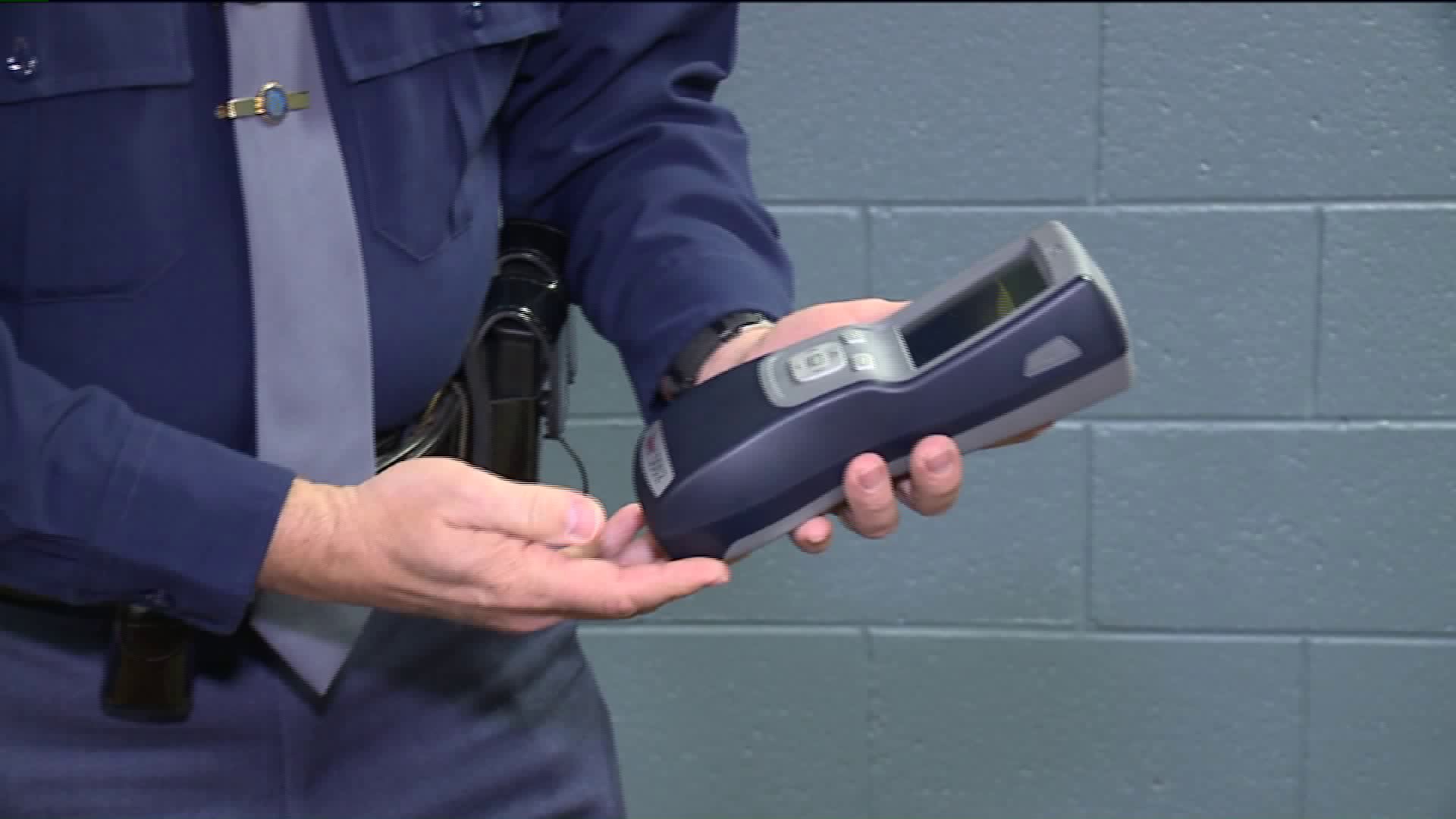 Twenty-seven specially trained officers, called Drug Recognition Experts (DRE), will administer the roadside test to suspected drug-impaired drivers in five counties: Kent, Berrien, Delta, Washtenaw, and St. Clair. The DREs will work with local and state police departments, and must pull the suspected driver over themselves to give the test, according to the MSP.

"This machine does not detect impairment, it has certain cut-off levels for each of the drug categories," said MSP Lt. Jim Flegel who is supervising the pilot program.

The 27 DREs in five counties will each use an Alere DDS2 Mobile saliva test that only detects the presence of any of the following:

Then, that driver will also take a blood test to help avoid false test results.

"The drug recognition expert, they’re not going to be randomly pulling people over, they still have to have a valid reason to pull somebody over for a traffic stop: whether it’s weaving in their lane, or driving too fast or too slow, they’re not driving with their headlights on," said Lt. Flegel.

East Lansing based Attorney Mike Nichols tells FOX 17 this Alere DDS2 mobile testing technology is risky. According to a 2012 study of the device published in the Journal of Analytical Toxicology issue 37 in 2013, the Alere DDS2 "failed to provide a valid result" for 12 of 50 drivers in California who took the device's saliva test. That's a 24 percent fail rate. Nichols advises drivers to take the $200 civil infraction rather than submit to this oral fluid roadside test.

"These devices work on the kind of technology that's almost backwards, and it is so sensitive but not selective that all drivers are going to be prone to false positives if you submit to one of these roadside saliva gizmos," said Nichols.

Nichols is also DRE certified as of 2012, and says these police must also understand the drugs' pharmacology and how they are metabolized, especially for prescribed medication like medical marijuana. He added that differentiating between a drug's presence and impairment is not analogous to alcohol testing.

"That’s why there’s been such a fight by the states all around the country, because this is different than alcohol, completely different. and to try to make it simple, and analogize it to alcohol, it’s wrong," said Nichols.

"The idea that in 72 hours we’re going to make a police officer a doctor or a physician’s assistant or a medical professional, that’s a horrible prospect to me."

Lt. Flegel says the pilot program could be expanded to other counties after the first year based on criteria including: the number of DRE trained police and prosecutors, and drug-related arrests and deadly crashes in that county. Lt. Flegel clarified no DNA will be stored from this testing, and all drivers' saliva samples will be "properly discarded."