Up to 27 killed in mass shooting at church in Texas

SUTHERLAND SPRINGS, Texas (FOX NEWS) – Up to 27 people are feared dead in Texas after a gunman opened fire at a church outside San Antonio on Sunday, Fox News has learned.

The “mass shooting” by a now-deceased gunman was reported at First Baptist Church of Sutherland Springs, which is about 30 miles southeast of San Antonio. A witness told KSAT that a man walked into the church about 11:30 a.m. Sunday and opened fire at the crowd of people. The church holds morning worship services at 11 a.m., according to its website.

Constable Thomas Silvas from Precinct 1 in Wilson County confirmed to Fox News there was a “mass shooting” situation and that officials were working on removing the bodies from the church, but did not specify the number of people who were dead or wounded. 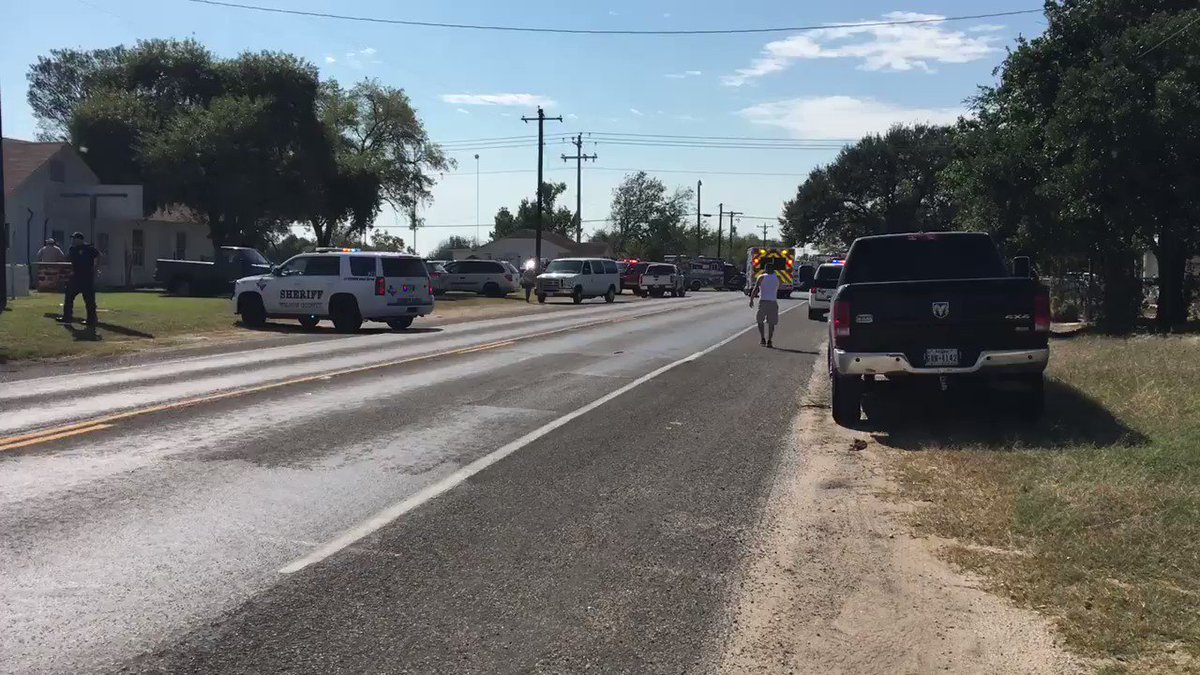 This is the scene of the shooting st the church

“We have accepted a multiple number of patients from the shooting,” Megan Posey, a spokeswoman for Connally Memorial Medical Center in Floresville, 15 miles from church, told Fox News. She said she did not have a specific number. She said doctors were assessing the patients.

Helicopters and emergency personnel were seen arriving at the scene. The FBI is also on scene.

Texas Governor Greg Abbott tweeted shortly after the incident was reported: “Our prayers are with all who were harmed by this evil act. Our thanks to law enforcement for their response. More details from DPS soon.” 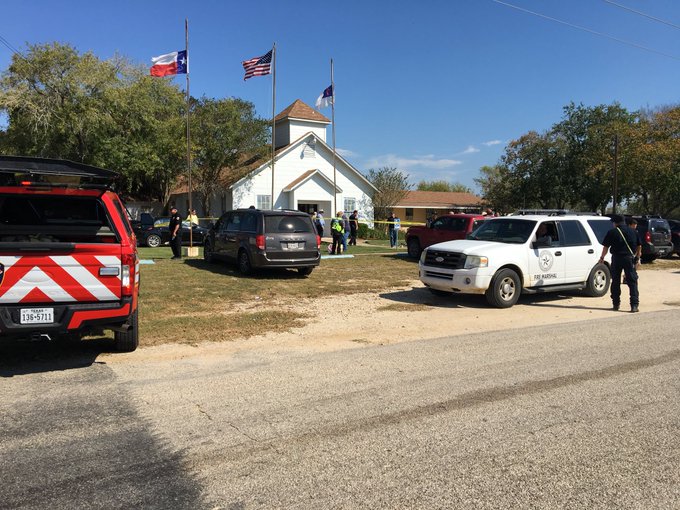 Neighbors say they heard shooter may have reloaded multiple times, around 50 people usually at service

Sutherland Springs has a population of about 400 residents, according to Fox 29 San Antonio.

This is a developing story. Check back for updates. Fox News’ Robert Gearty and Jake Gibson contributed to this report.