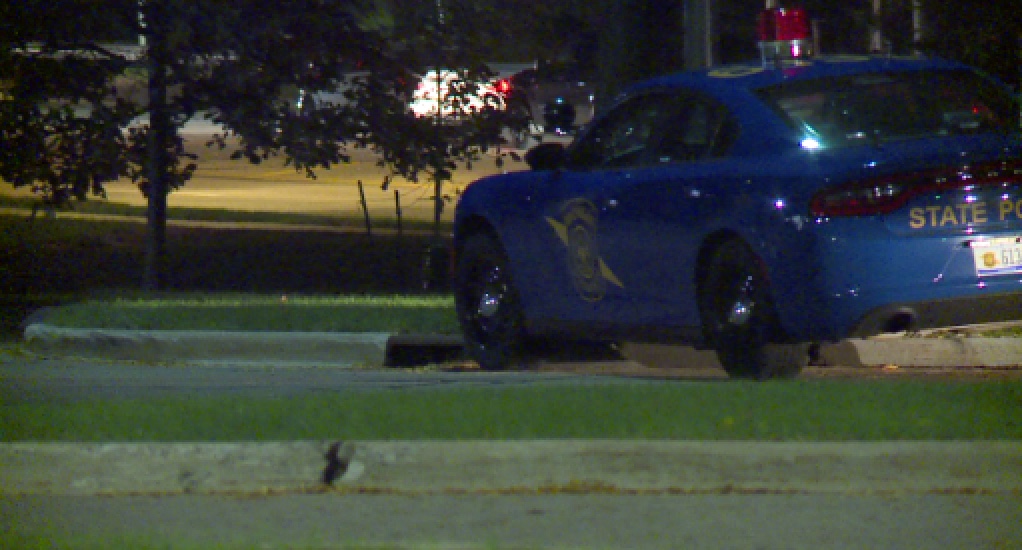 A previous version of this story misreported where the suspect was sitting before the cruiser crashed into the pole. It’s a Michigan State Police policy that troopers transport suspects in the front seat; never the back. FOX 17 cleared up the discrepancy and apologizes for the error.

GRAND RAPIDS, Mich. – A Michigan State Police trooper suffered a minor hand injury after a suspect he was taking to jail escaped his cruiser and caused a crash.

It happened after 8:30 p.m. outside the Kent County Jail on Ball Ave NE. A trooper was transporting a suspect to the facility when the suspect allegedly tried to escape. The suspect was sitting in the front seat when he managed to open the passenger door and get out of the cruiser.

As the suspect was exiting the cruiser, the trooper veered off and crashed into a light pole near the Kent County Health Department. The trooper got out and struggled to re-arrest the suspect.

At some point during the incident, the trooper suffered a minor hand injury. It isn’t clear if that happened when the suspect tried to escape or in the struggle to arrest him after.

The suspect wasn’t hurt, and was taken back to jail. State police say he hasn’t been arraigned yet and are determining if they’re going to bring additional charges related to his escape attempt. It wasn’t made immediately clear why the suspect was detained in the first place.