SHERIDAN, Mich. -- Three children died and six other people were seriously injured when a pickup truck hit a horse-drawn buggy near Sheridan on Sunday morning.

The accident occurred at 8:34 a.m. Sunday on East Condensery Road near Townhall Road in Evergreen Township near Sheridan, which is located in south-central Montcalm County.

The Michigan State Police said the pickup was eastbound on Condensery when it struck the rear of the eastbound buggy and demolished it. Nine people were riding inside the buggy at the time of the collision.

The six other buggy occupants were all transported by ambulance with life-threatening injuries to local hospitals where they were listed in critical condition.

The truck driver, a Sheridan man, was not hurt and was helping the police with information.

The pickup also sustained extensive damage in the crash.

MSP Lt. Rob Davis told FOX 17 that the horse survived and "was fine" after the accident.

Troopers said drugs and alcohol were not factors in the crash, which remains under investigation by the Michigan State Police. 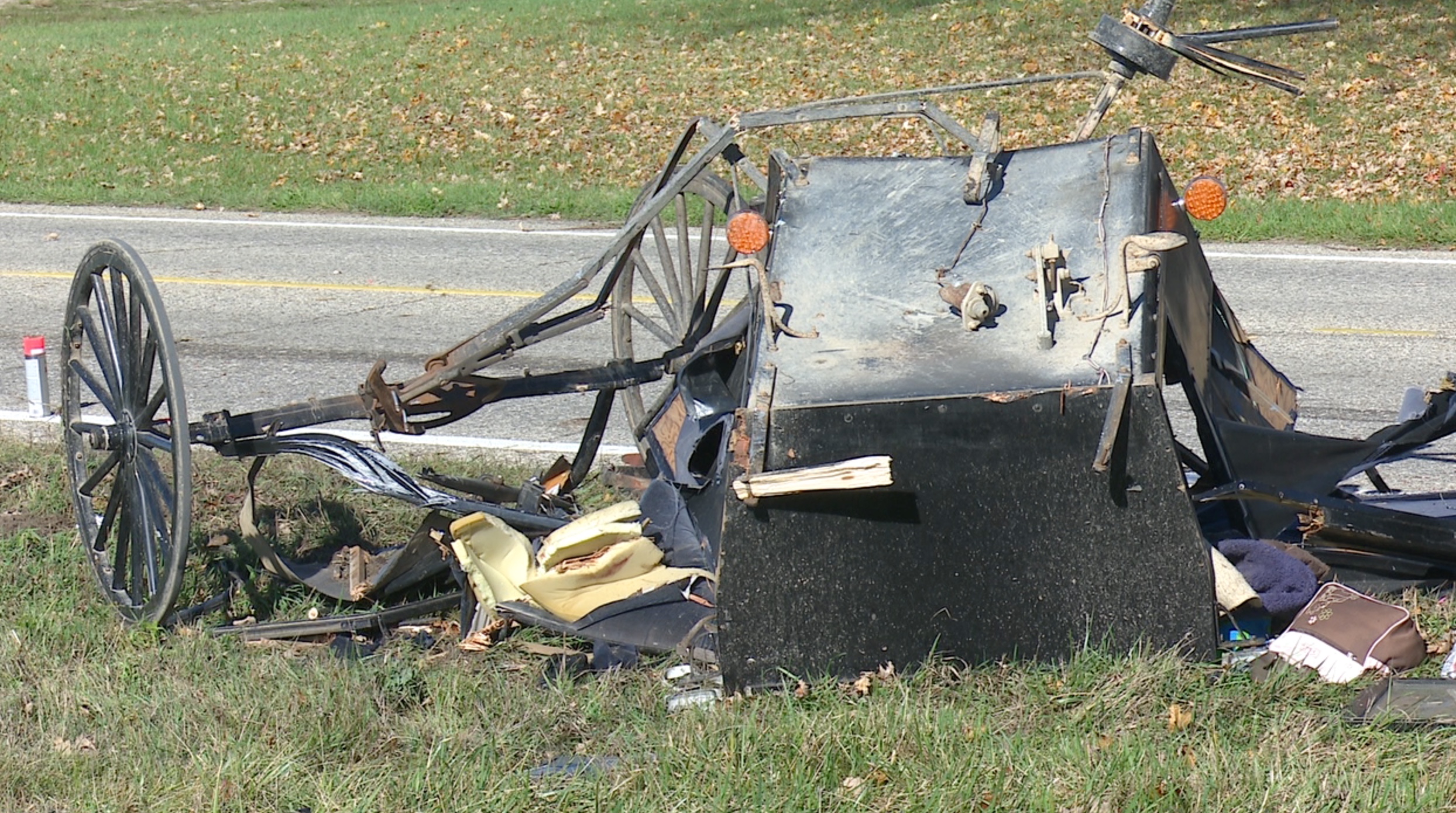