14 armed robberies in BC

BATTLE CREEK, Mich. — Raj Kaur said she looked over her shoulder and closely at her surroundings when she opened her store this morning. It was dark outside and just a few hours earlier an armed robbery had occurred there.

“It was very scary, scary for him,” said Kaur during an interview in the parking lot of her store. “When I came in the morning, it was scary for me too.”

Kaur said her family-run business, Custer’s Party Store, was robbed around 2 a.m. An employee closed the small convenient store, set the alarm and went home to his apartment nearby. Within minutes, he returned.

“When he was checking his mail, I think there was somebody hiding,” said Kaur. “So he put a gun on the employee and told him to go walk to the store and open it.”

The employee walked across the apartment building's parking lot and the store’s lot with a gun to his back the entire time, she said. When he opened the store, he was told to turn off the alarm and open the safe. However the employee didn’t have the key to unlock it, she said.

“So he made the employee open the cash registers,” said Kaur. “He took all the cash and then the money from the chain box. Then he locked the employee in the bathroom.”

The employee called police from inside the bathroom. They came and were given the security camera video. Police immediately investigated the incident. They said it was the 14th armed robbery in just two months.

“At this point we’re asking for the public’s help in this,” said Det. Sgt. Todd Elliott during a press conference at headquarters. “Because we have had so many robberies, this is a county-wide public safety issue.” 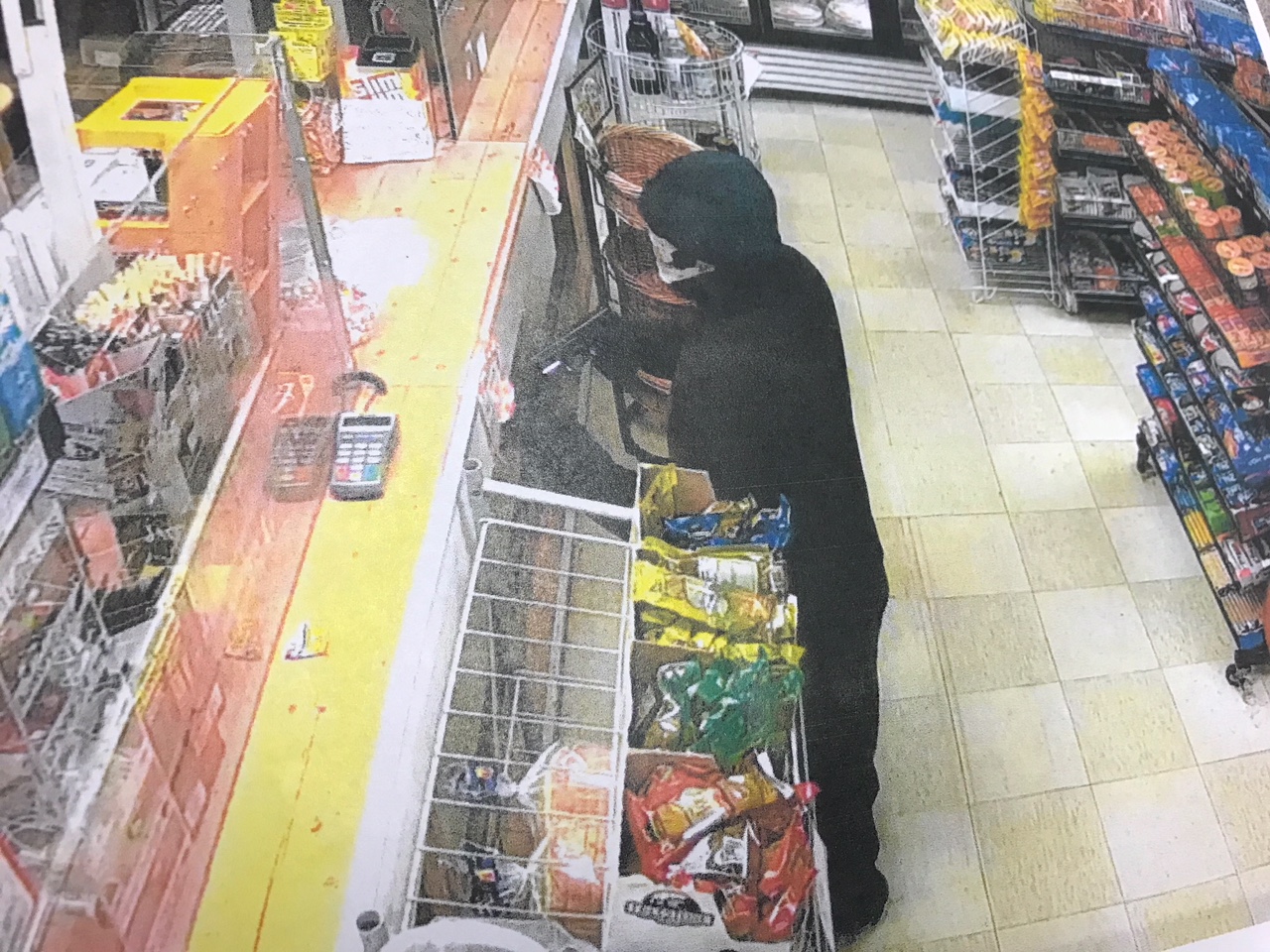 Police said that they’ve been tracking each armed robbery. The first one happened on August 21 at TJ’s Party Store on Meachem Road. Since then several gas stations and convenient stores, all along major roads and highways, have been robbed.

“We’ve identified two primary groups that are responsible for these,” said Det. Sgt. Elliott. “One of them includes a white male suspect, average build in height. He’s been wearing a skull mask and has used a black handgun.”

The other a white or hispanic man who may be working with two others. Police believe that each individual are behind at least three armed robberies.

“We’ve been able to look at all the evidence we have,” said Det. Sgt. Elliott. “We’re trying to piece together as much as we can to figure out if there's any connections on these.”

Kaur said her employee is doing “ok.” He’s still shaken and so is she. She hopes the police find the suspects so another business doesn’t get robbed. In case it does, she advises the employees to play it safe as hers did.

“Just be careful,” said Kaur. “Don’t try to fight with them, you know. I mean you just have to be careful.

Anyone with information on these robberies is asked to call Silent Observer at 269-964-3888. BCPD is offering $1,000 reward for tips that lead to an arrest.