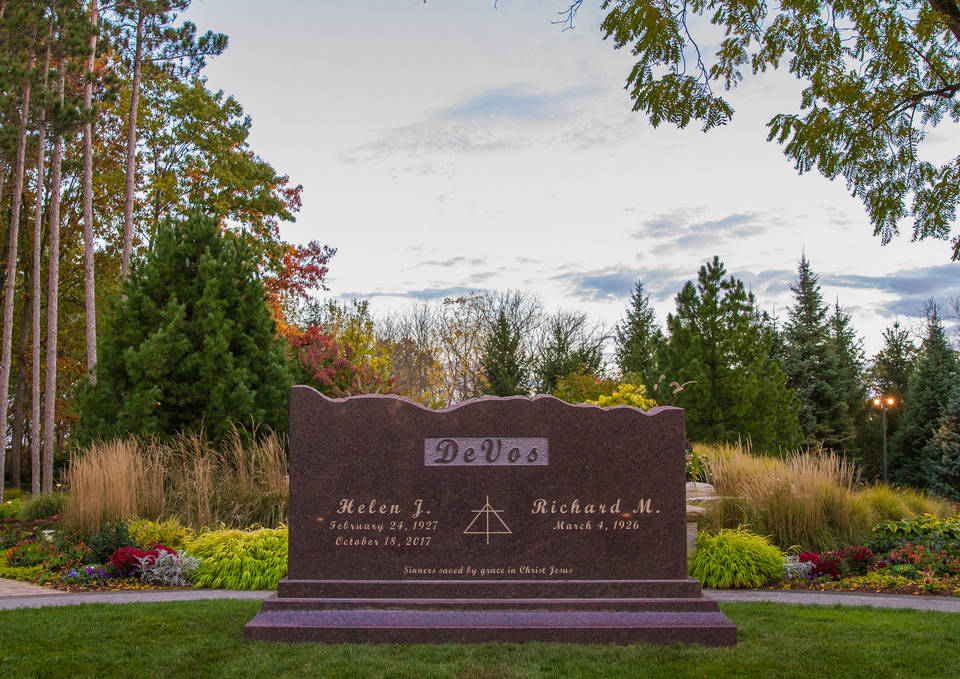 ADA, Mich. — Helen DeVos was laid to rest Saturday during a private ceremony at the DeVos family’s Memorial Gardens in Ada.

DeVos’ family says she died Oct. 18 of complications from a stroke following a recent diagnosis of myeloid leukemia.  She was 90.

Known for her support of children’s health, Christian education and the arts, DeVos was the wife of Rich DeVos, who co-founded direct-sales company Amway and owns the NBA’s Orlando Magic.  She also was the mother-in-law of U.S. Education Secretary Betsy DeVos.

The private ceremony on Saturday was attended by family, including her husband Rich, children and grandchildren.

Public services are scheduled Monday and Tuesday in Grand Rapids.