GRAND RAPIDS, Mich. -- It's an ArtPrize piece that's getting a lot of attention: a giant pin cushion of President Donald Trump and Twitter birds representing his tweets suspended from the ceiling at the B.O.B.

The artist is inviting people to either stick pins in the Commander in Chief or to poke her name instead.

So far, 10,000 pins have been pushed into President Trump. Some visitors say it's all in good fun, but others are calling it disrespectful.

"We heard about this piece and wanted to come see it and stick some pins in Trump," said Elizabeth Fraser, visiting from New York.

The artist, Molly Alicki Corriveau, says that's exactly what people are invited to do with her piece called 'Presidential Pin Cushion.'

"I wanted to make a piece that people could interact with," said Alicki Corriveau. "You give somebody a little poke when they do something bad that you don't like."

You don't need to stand by the piece for long to see there's plenty of people who disagree. 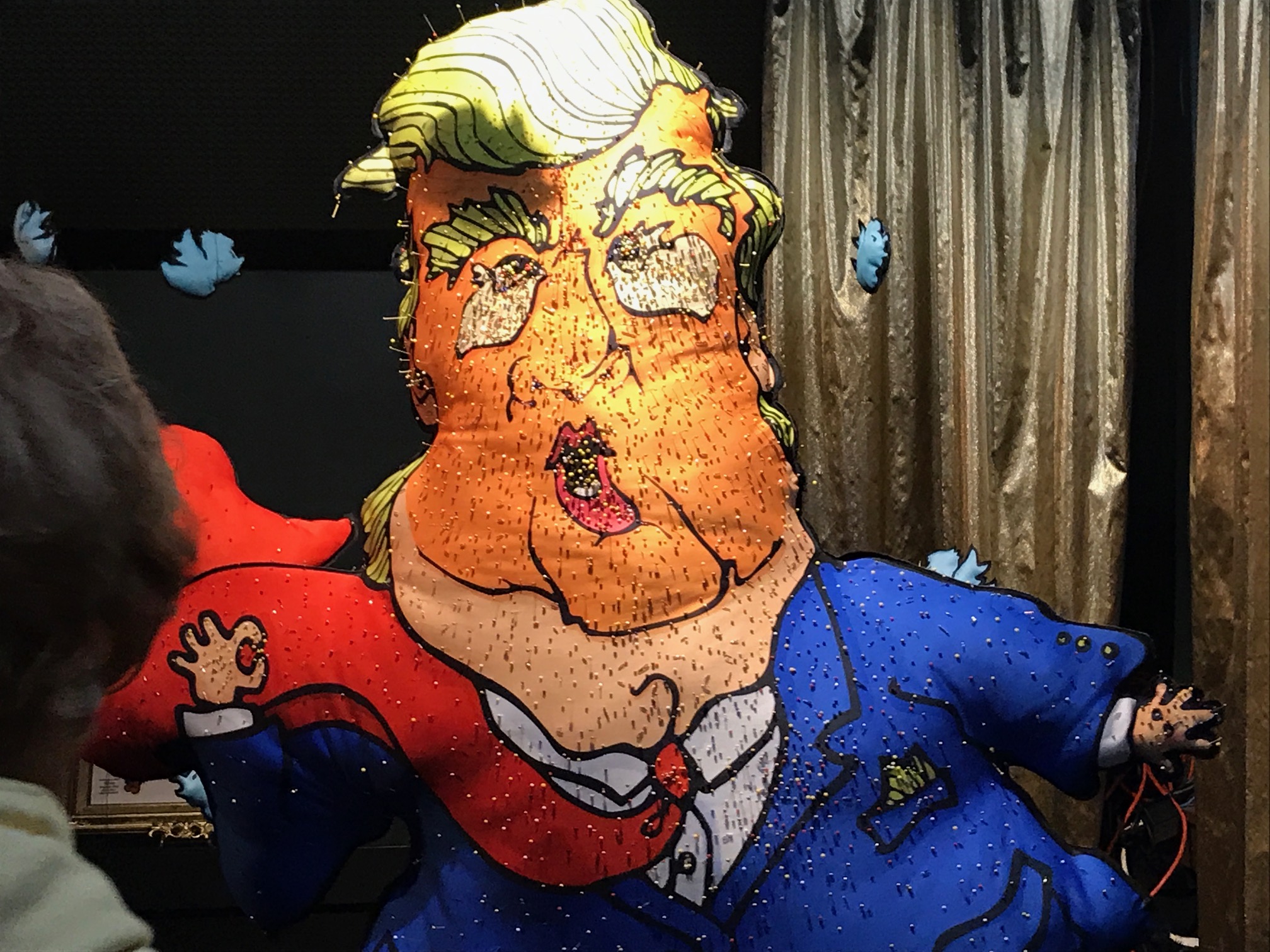 "President Trump should probably come to Grand Rapids and see ArtPrize because clearly people from this country are screaming at him and he's not listening,'" said Fraser.

But some people disagree and are putting pins in the artist's name instead.

"Although I respect the art and the intention behind it, I find it extremely disrespectful for our country, for our President, and I think this is just one more thing that's causing a greater divide," said Rena Laliberte.

Laliberte says this would be a different story if it were any other president.

"He is the President of the United States," said Laliberte. "The country should stick together and band together. I didn't vote for Donald Trump, but I would never have done this to President Obama, President Bush or any other president that we've ever had. They would've never done anything like this."

Alicki Corriveau says nearly 60 percent of the pins were taken out by someone and left in piles on the floor when she went to the piece Tuesday morning. It's something she's used to by now since the piece went up Sept. 10.  She says she's open to the criticism.

"I don't think he's a respectful person," said Alicki Corriveau. "I don't think that whether somebody is the president or a pope or whoever, if they don't act with respect they don't deserve respect."

The piece didn't make the top 20 this year, but Alicki Corriveau said she succeeded in her goal of sparking a conversation.