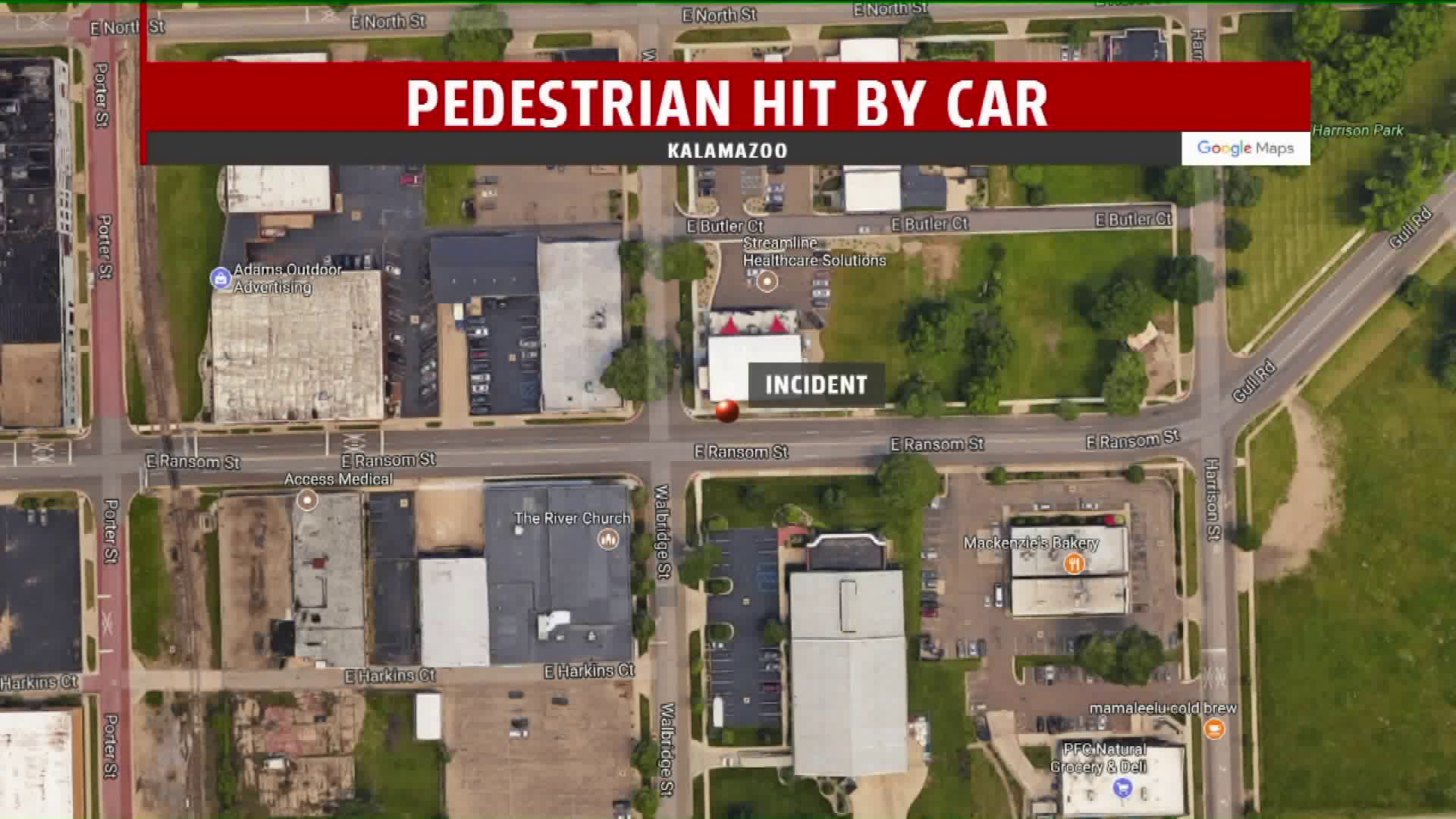 KALAMAZOO, Mich. -- The Kalamazoo Department of Public Safety is investigating after a pedestrian was struck while walking in the road by an alleged drunk driver.

Their investigation shows the suspect was driving eastbound when it struck the victim, who is only being identified as a 41-year-old man. He was taken to Bronson Hospital where he is listed in critical condition.

The driver of the car, only being identified as a 38-year-old woman from Kalamazoo was arrested at the scene on suspicion of Operating While Intoxicated.

Anyone who may have information regarding this investigation is asked to call Kalamazoo Public Safety at 337-8994 or Silent Observer at 343-2100 or http://www.kalamazoosilentobserver.com.