Semi-truck fire shuts down part of I-196 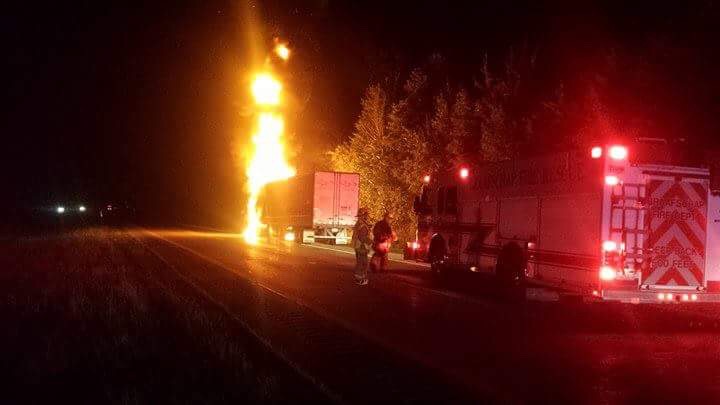 LAKETOWN TOWNSHIP, Mich.– No one was injured after a massive semi-truck fire temporarily shut down part of southbound I-196.

It happened early Wednesday morning, right outside of Saugatuck.

Officials say something caught fire on the back of the truck, outside of the trailer, but they’re not sure what caused it.

Multiple crews responded to the scene, and it took a few hours to get the flames under control.

Both lanes of southbound I-196 were closed while crews battled the fire.

At this time one of the lanes has been re-opened while crews work to unload the fuel from the truck before hauling it away.