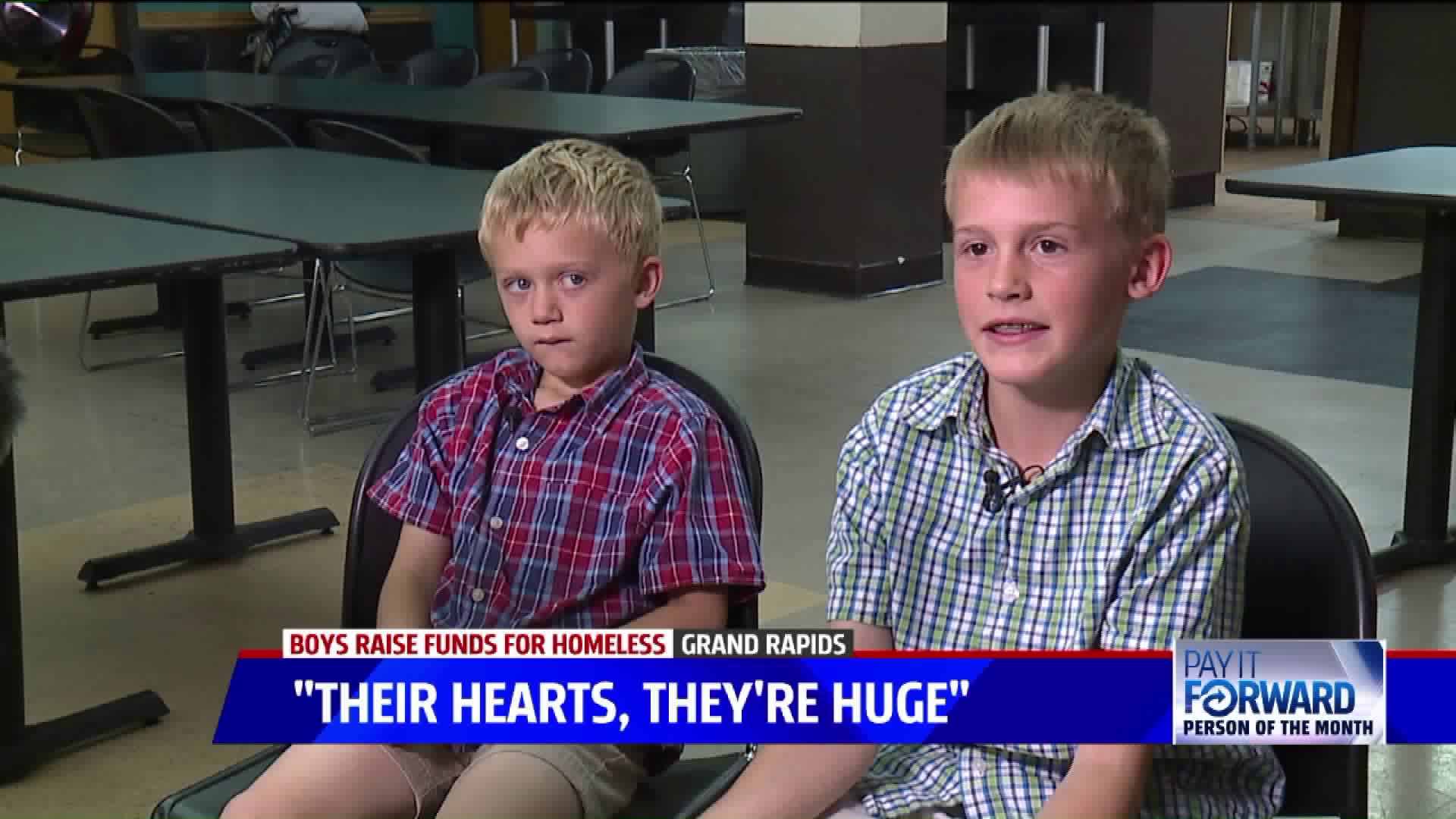 GRAND RAPIDS, Mich., -- Two young brothers are making the most of their summer break to make a difference in West Michigan.

Jacob Graves, 7, and his older brother Caleb, 10, have been raising money to help the homeless at Degage Ministries. The boys got the idea, after spotting some homeless people on vacation in Florida this spring.

"I don't remember where we were going, but Jacob and I were in the backseat, and we saw some people holding signs," explained Caleb. "We wanted to help them cause they didn't have anything, and they really need food, water and stuff, so they can actually live, like we live."

When the boys returned home, they started thinking about what they could do, to make an impact.

"They kept bringing it up, and I thought 'geez, what can we do to help somebody... that has a need for money, or food or water'," said Abby Graves, the boy's mother. "So, we just finally asked them, what do you want to do? And they came up with the pop cans."

Along with launching a pop can drive, the brothers also teamed up with Peppino's in downtown Grand Rapids to hold a special fundraiser night. At the time of their interview with FOX 17, they had already surpassed their goal of $1,000 dollars.

They plan to use the money to throw a pizza party at Degage Ministries in August.

"It'll be an extra meal for the day, that they'll open their doors and anybody can come and have pizza and bread sticks and pop," explained their mother. "The boys have led this whole thing. They've done all the meetings. They're the ones that picked the menu. The picked how they were going to raise the money, so it's been really exciting to watch them."

Marge Palmerlee, Executive Director at Degage Ministries, said their efforts will make a big difference in the lives of the people they serve.

Although the boys have already met their goal, they plan to continue to raise money for Degage. And they say, they might do it all again next year, for a different cause like Helen DeVos Children's Hospital.

"I'm super proud of both of them," said Abby. "They've been working really hard to do all this, and it's just amazing to watch."

If you'd like to help out, pop cans can be dropped off at Degage Ministries (144 Division Ave S, Grand Rapids, MI 49503), or donate to their GoFundMe page.

As the FOX 17 Pay it Forward Persons of the Month, Caleb and Jacob are receiving a $300 prize.

Meet Jennifer McVoy, our June Pay it Forward Person of the Month