Suspect in double murders in Kalamazoo, Constantine in custody 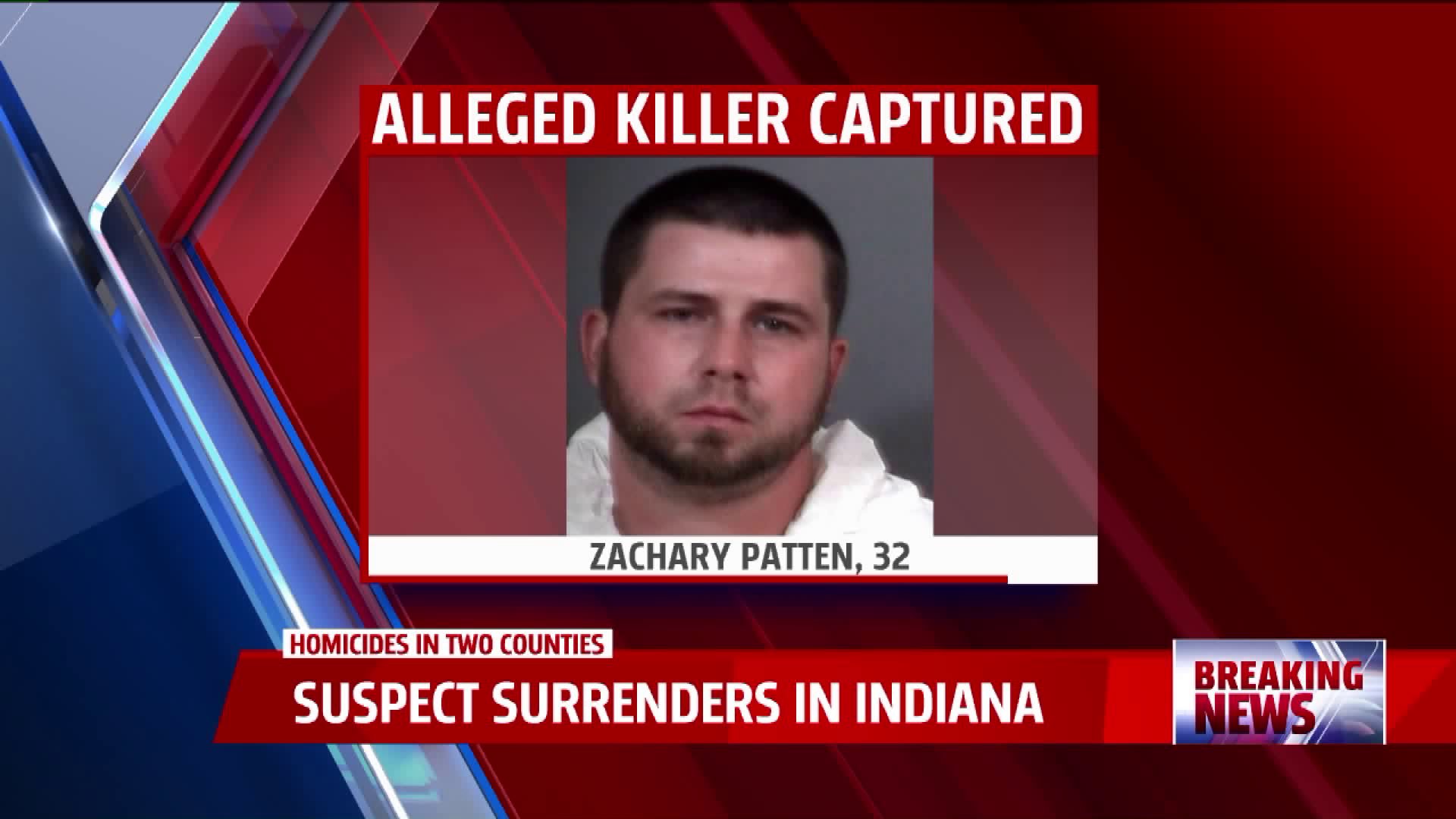 ST. JOSEPH COUNTY, Mich. - The suspect in two killings overnight has turned himself in, according to the St. Joseph County Undersheriff.

Patten faces murder and other charges in the death of 29-year-old Shane Richardson in St. Joseph County.

He is also a suspect in the fatal shooting of a 31-year-old woman at a mobile home park on Tray Lane in Kalamazoo about 45 minutes before Richardson was shot. No charges have been filed in that incident.

Greg Russel of the Kalamazoo County prosecutor's office said a report from police is expected in a few days.

Authorities say Patten had another encounter with police prior to turning himself in.

Patten appeared intoxicated and resisted arrest after the crash, Kronewitter said.  He was taken to a hospital after being tazed by an airport police officer.

Patten later checked himself out from the hospital.  Kronewitter says that at the time, investigators weren't aware of his ties to the shootings in West Michigan.

Kronewitter says Patten approached officers at a grocery store in South Bend and told them about his connection to crimes in West Michigan.