Colorado man says he was kicked off flight for being overweight 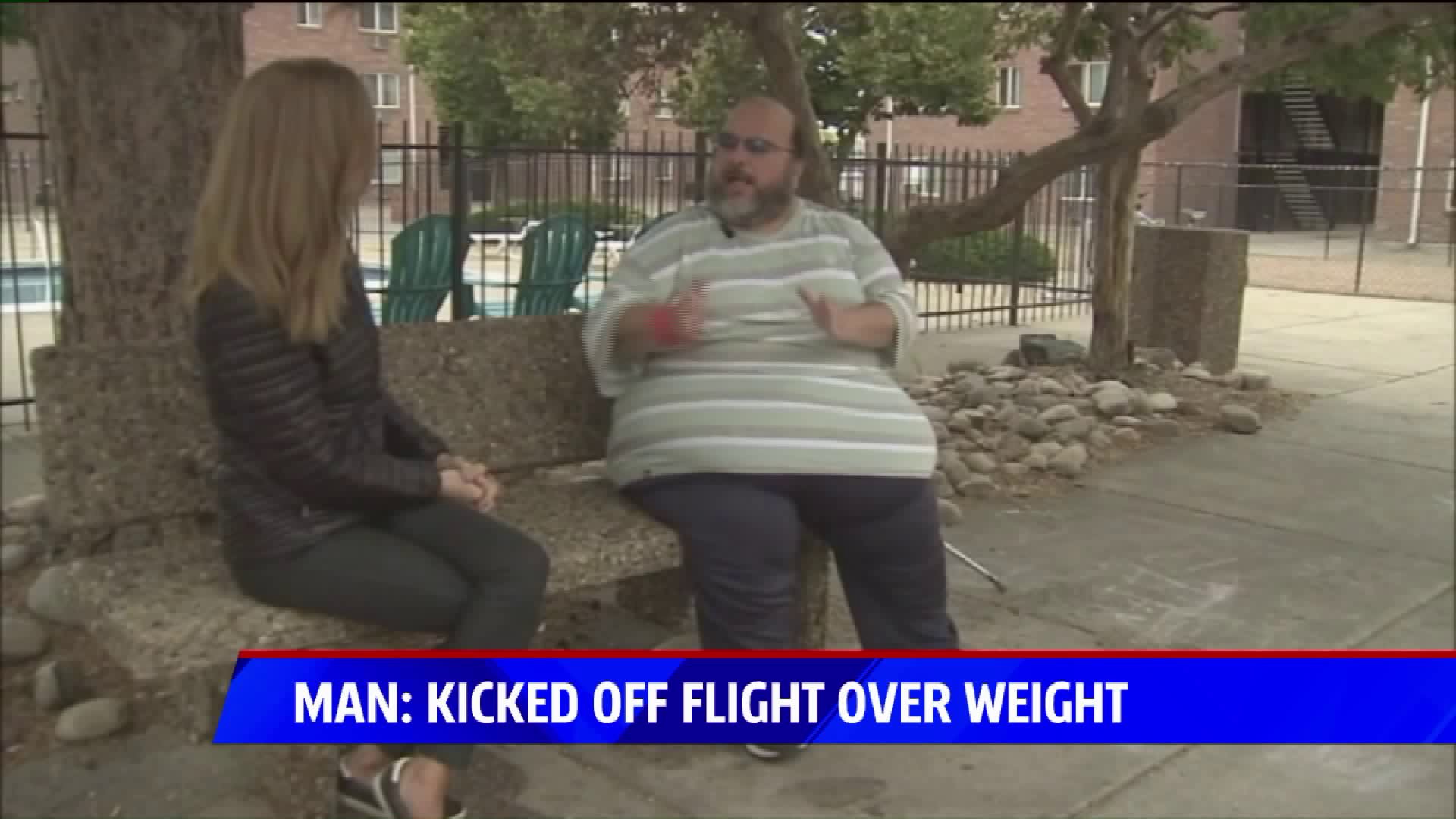 Man claims he was kicked off flight because of his weight

DENVER (FOX NEWS)  -- A Colorado man was kicked off a Spirit Airline flight that was returning from Las Vegas, Nevada.

Joey Cordova says he was trying to be a courteous passenger by booking two seats for his flight due to his size. He said, "I am a big person and I know one seat wouldn't fit for me and to be comfortable I wanted to have two seats."

His plan backfired after Spirit overbooked the flight. He says the airline removed him from the flight because he was unwilling to take a voucher offered to him for a later flight. He said, "I had told them that I bought two seats, (they said) we'll take it up after, talk to them when you get off the plane."

The airline says they are looking into the incident and they have refunded Cordova for his flights.