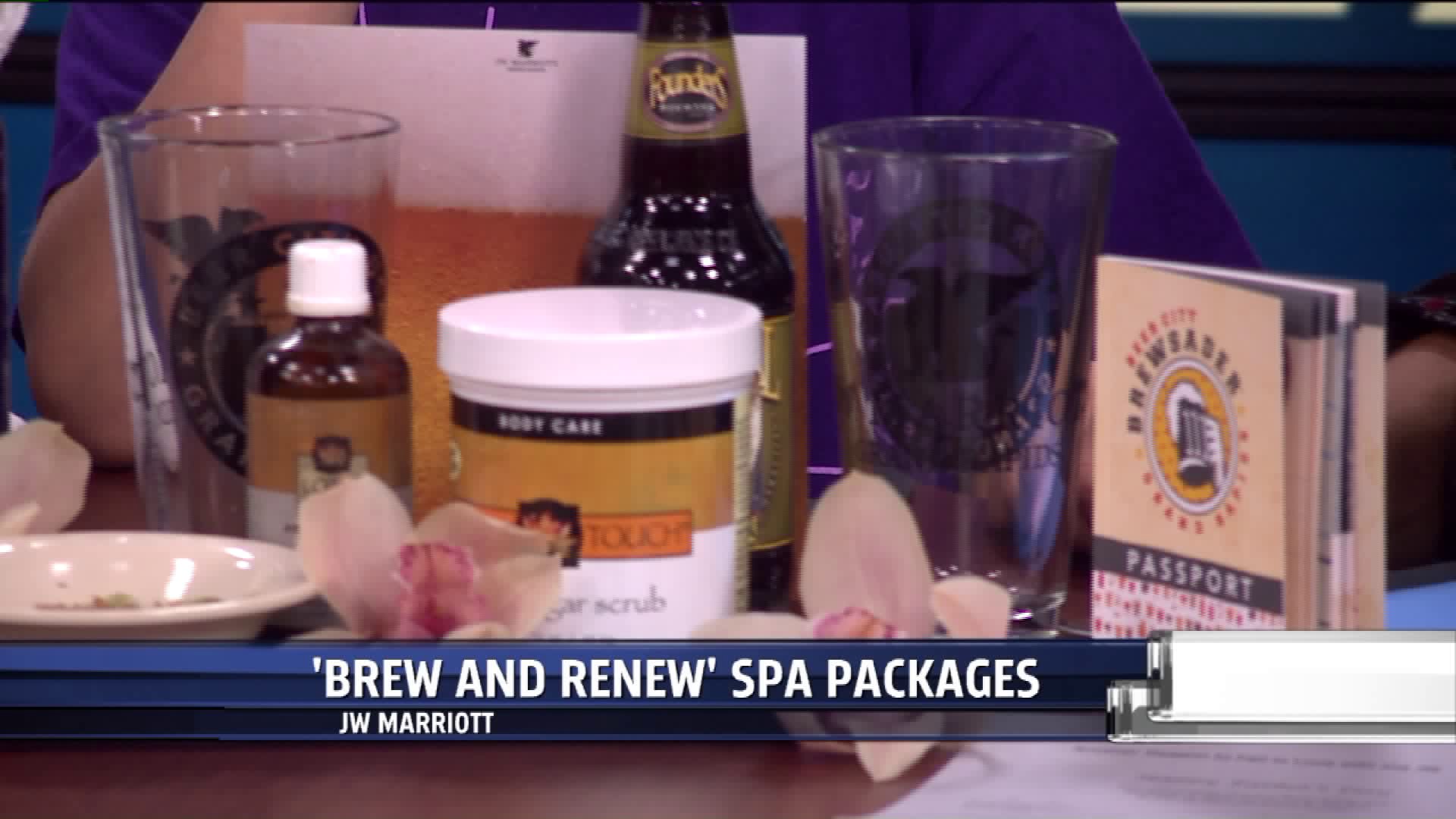 The JW Marriott Grand Rapids and the Amway Grand Plaza Hotel are now offering beer-infused "Brew and Renew" spa packages for those looking to pamper themselves.

These specials aren't just for women, they are also for men to pamper themselves and experience the beer culture of Grand Rapids.

Treatments include tastings of local craft beers and the use of local hops and barley to exfoliate the skin. The hops are barley are courtesy of Founders Brewing Company in Grand Rapids.

For more information on prices and other treatments, visit ilovethejw.com and click on "Spa" for more details.