Concealed carry without a permit in MI? Here’s where it’s already allowed 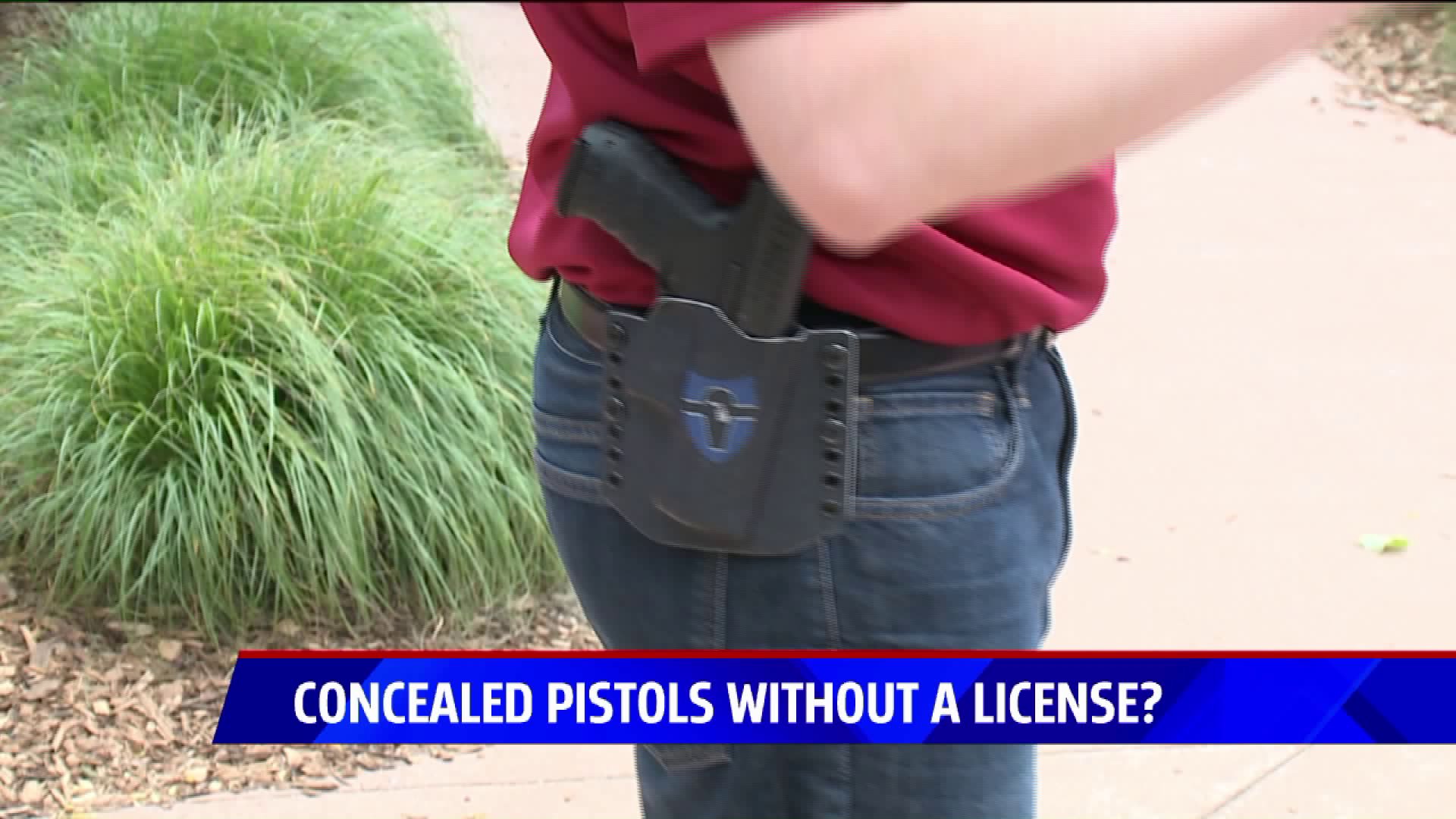 LANSING, Mich. — If passed, Michigan could join the ranks of at least 12 other states in the nation to allow gun owners to carry a concealed weapon without needing a permit or training.

Republican-sponsored bills in the House look to remove the restriction of needing a concealed pistol license to carry a concealed weapon. A person who is not legally allowed to carry a gun by the state or federal government would still be prohibited from carrying a weapon. However, people convicted of certain misdemeanors would be able to carry concealed weapons even though they're not eligible for a permit.

Permits would become optional, but federal background checks to purchase a firearm from a licensed dealer would remain mandatory.

Advocates argue that law-abiding citizens can already carry a firearm openly without a permit, fees or a training requirement under current state law so it should be no different if the weapon is concealed.

“I understand how it looks on its face, but this card it doesn’t make me responsible and safe," said Tom Lambert, president of Michigan Open Carry Inc., pointing to his CPL permit.

“The responsibility doesn’t lie in a piece of plastic. It lies in the person.”

Lambert, a vocal proponent for gun rights in the state, says he supports and encourages training but argues it's about restoring constitutional rights which would not put more people at risk of gun violence.

“A lot of people like to create a dynamic of rights versus safety and that’s not how we see it," he said. "It's the same thing; the more we respect the rights, the safer people are.”

Lambert also cited other concerns with the so-called “coat tax:" the cost of paying for a concealed pistol license and having to renew it every few years.

Lambert says that as the law stands today, if people were to walk down the street with pistols on their hips, they would be fine. But if they didn’t have a concealed license, were to put on a coat and it were to obscure the pistol, that citizen could be now be charged with a felony.

"We're charging good people with felonies for trying to exercise their right," he said.

The legislation is essentially identical to a package of bills introduced in early 2016. Then, just six states—Alaska, Arizona, Arkansas, Kansas, Maine and Vermont—had permitless or 'Constitutional carry' laws on the books.

Currently, at least 12 states allow concealed carry without a permit.

Legislatures in a handful of other states, including Alabama, Texas and Wisconsin, are considering the idea. In South Dakota, permitless gun laws passed by lawmakers were later vetoed by the state's Republican governor.

This year, permitless carry bills were introduced in 28 states but passed in just two states.

"Lowering the bar on who is allowed to carry hidden loaded weapons in public is reckless," Vandenberg said. "It doesn’t do anything to keep Michigan residents safe.”

The Michigan Sheriff’s Association is among groups publicly opposing the legislation, citing concerns about public and officer safety.

"I think that speaks volumes," Vandenberg said in reference to the sheriff's association's opposition.

"As a mom and a Michigan resident, I want to do everything I can to support law enforcement, and if law enforcement is telling us this change would make their job harder and it’d make it harder for them to keep us safe, I think we need to listen to them.”

The Michigan State Police said as of Friday there were 616,508 approved concealed pistol licenses in the state. The department voiced similar opposition, but is working with legislators on it.

The bills were voted out of the House Judiciary Committee last week and are expected to soon be voted on in the Republican-led House.

The Associated Press contributed to this report.