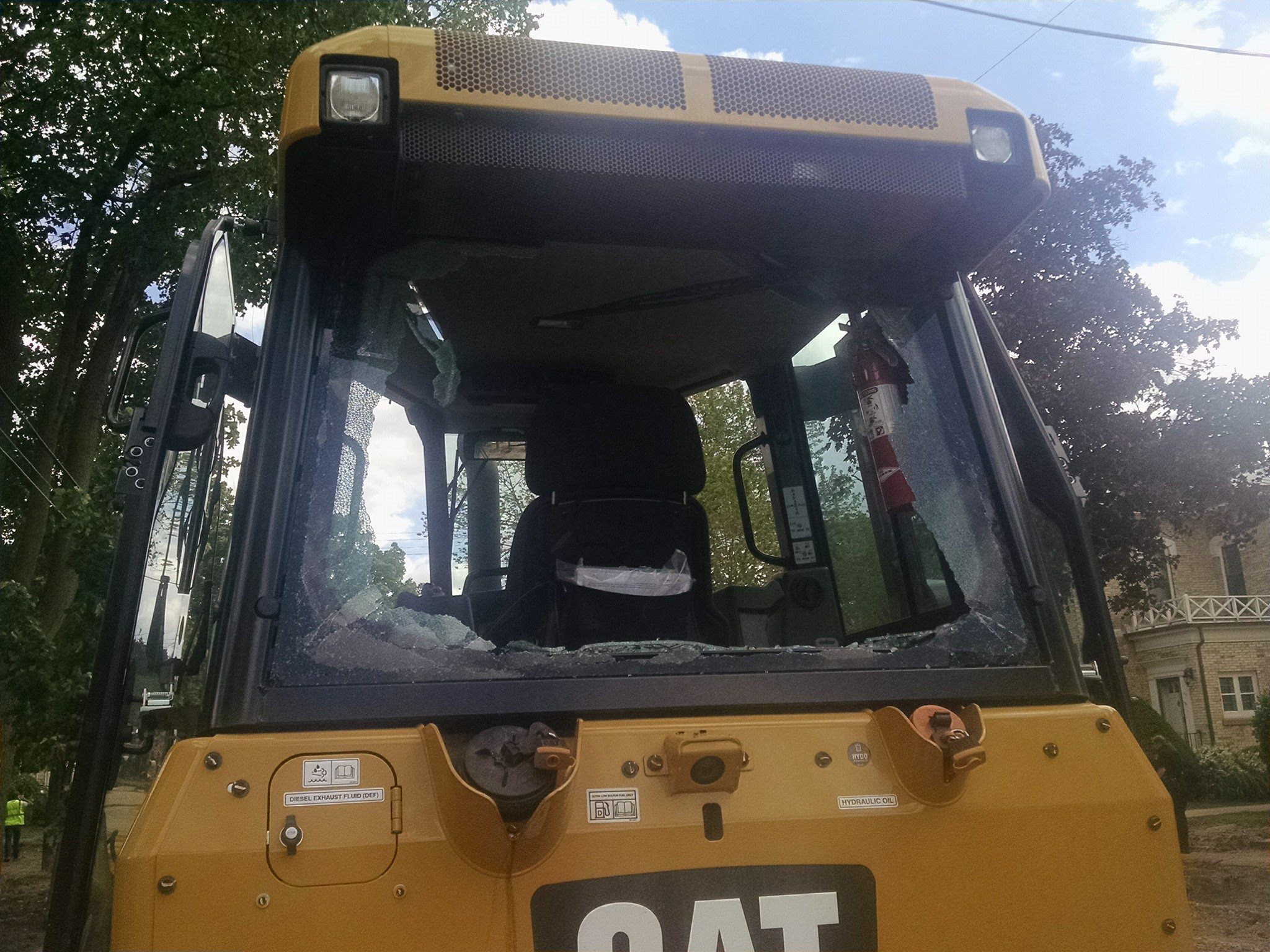 IONIA, Mich. — The Ionia Department of Public Safety says luckily no one was injured after a truck hauling gravel blew out several of its tires while raising its dump box and striking a high tension electrical line.

It happened in the 100 block of East Washington Street around 1:10 p.m. Tuesday.

The department says that the incident caused several of the truck’s tired to explode, one completely off the rim. The window of a nearby bulldozer was also shattered by shrapnel from the explosion.

There were no reported injuries.