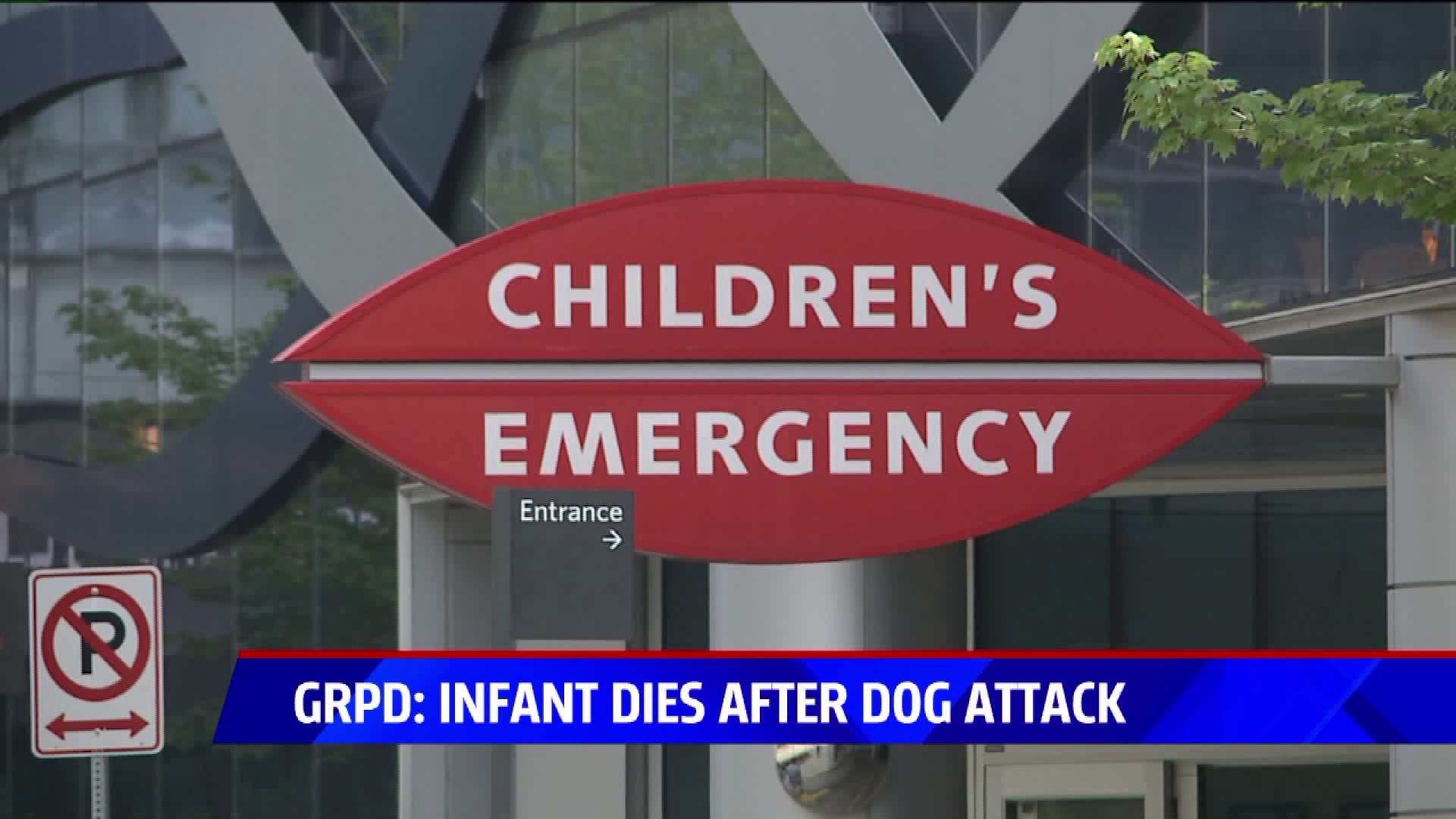 GRAND RAPIDS, Mich. — Police are investigating an infant's death on the southeast side of Grand Rapids, apparently caused by an attack by a family dog.

Grand Rapids police say they were called to a home in the 1100 block of Kalamazoo Avenue SE at about 6 p.m. Thursday night.  The three-week-old girl was left alone in the house with three pitbulls for about five minutes until a caretaker checked on her, according to police. When the woman checked on the infant, she had a severe head injury, one of the dogs was nearby with blood around its mouth, and she immediately called 911.

"This is a horrible tragedy, and it serves as a critical reminder to never leave a child unattended around a dog, or dogs, or pets," said Sgt. Terry Dixon with the GRPD. "Always keep a watchful eye on our vulnerable youth."

The child was taken to Helen DeVos Children's Hospital then underwent nearly seven hours of surgery and died before 2 a.m.

Dixon says the dog who likely attacked is about two-years-old, and is quarantined as well as the two other family dogs at the Kent County Animal Shelter.

"Just the breed of a pitbull by itself is not enough to condemn it, any dog can bite something, they have teeth," said Dixon. "I would say that this serves as a definite reminder not to leave children alone with dogs in the house."

The GRPD and Child Protective Services are investigating. Dixon says they will give their investigation to the Kent County Prosecutor to review and consider any possible criminal charges.

"Right now no one is being charged; however, all the facts will be gathered and we’ll sit down with the Kent County Prosecutor’s office to determine if any charges should be levied," said Dixon.