DETROIT, Mich– A dog in Detroit was rescued by a group of construction workers on Thursday afternoon.

One of the men told the Detroit Pit Crew Dog Rescue the animal, who appears to have had something sprayed in his eyes, just started following him around.

The Rescue picked the animal up and took him to the vet for further evaluation.

The Detroit Pit Crew Dog Rescue is a nonprofit organization made up of street volunteers to get stray, injured and other endangered dogs off the city’s streets. 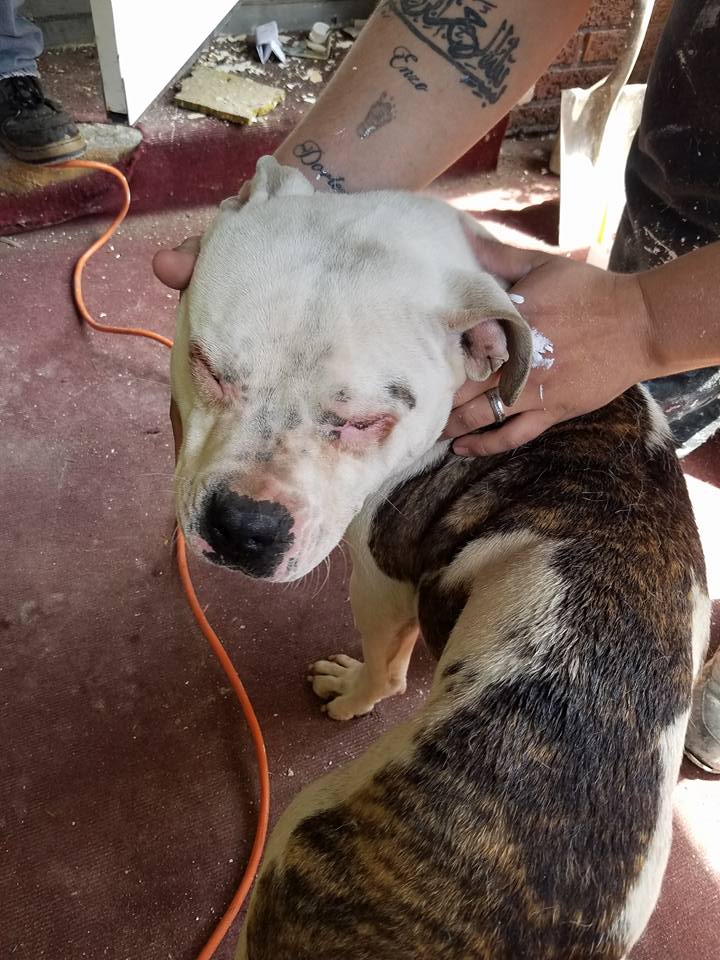