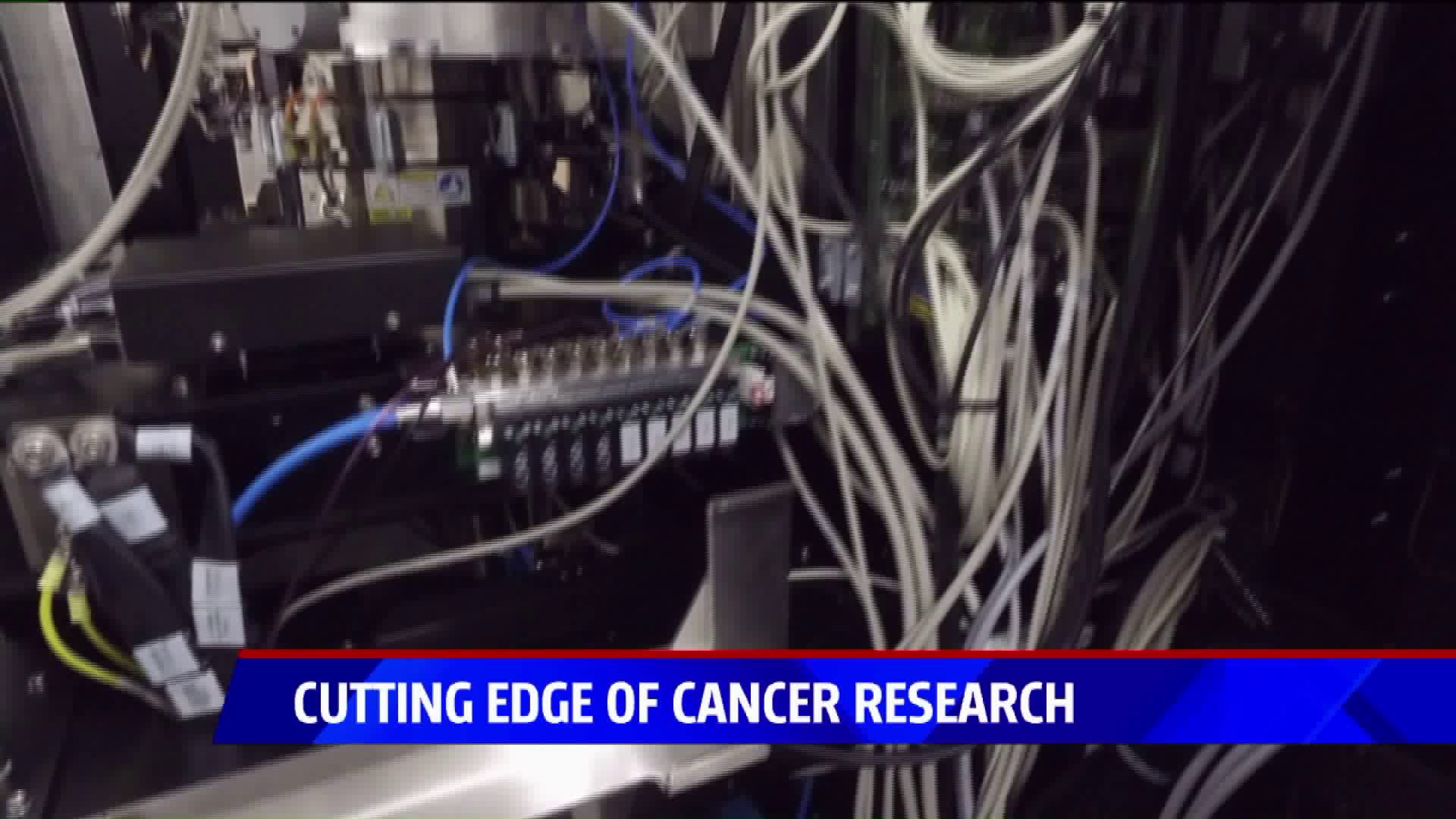 GRAND RAPIDS, Mich. -- A new weapon in the fight against cancer was recently installed at the Van Andel Institute in downtown Grand Rapids. It's a microscope system is so powerful it's as if an astronaut standing on the moon can see every detail of a tennis match on earth.

According to Dr. Huilin Li, the microscope is one of the best and strongest in the world and marks a shift in Grand Rapids from its history as a furniture manufacturing hub to its future in cutting edge science.

"This tool allows us to do things we couldn't do before," Dr. Jones said.

Dr. Jones describes the Cryo-EM as a massive operation that took nearly six months to install. It's made up of three microscopes, one of which allows scientists to see molecules 1/10,000th the width of a human hair.

Cells and molecules are cooled with liquid nitrogen to slow them down. Then they're scanned with a powerful electron beam. A camera takes pictures, which are amplified and analyzed.

Dr. Jones said the target is proteins that interact. "We couldn't see that before," he said.

The microscope allows scientists to observe molecules and atoms in their natural state, helping them understand how viruses enter cells and how DNA replicates.
According to Dr. Jones, that's going to help in the search of new treatments for diseases like cancer and Parkinsons disease.

"As a scientist, I cannot wait," Dr. Jones said.

The VAI invested $10 million into the Cryo EM equipment and related construction. The microscope itself costs $7 million.

The VAI just ordered a state-of-the-art 3-D printer so scientists can make real life replicas of everything this microscope system is capturing.