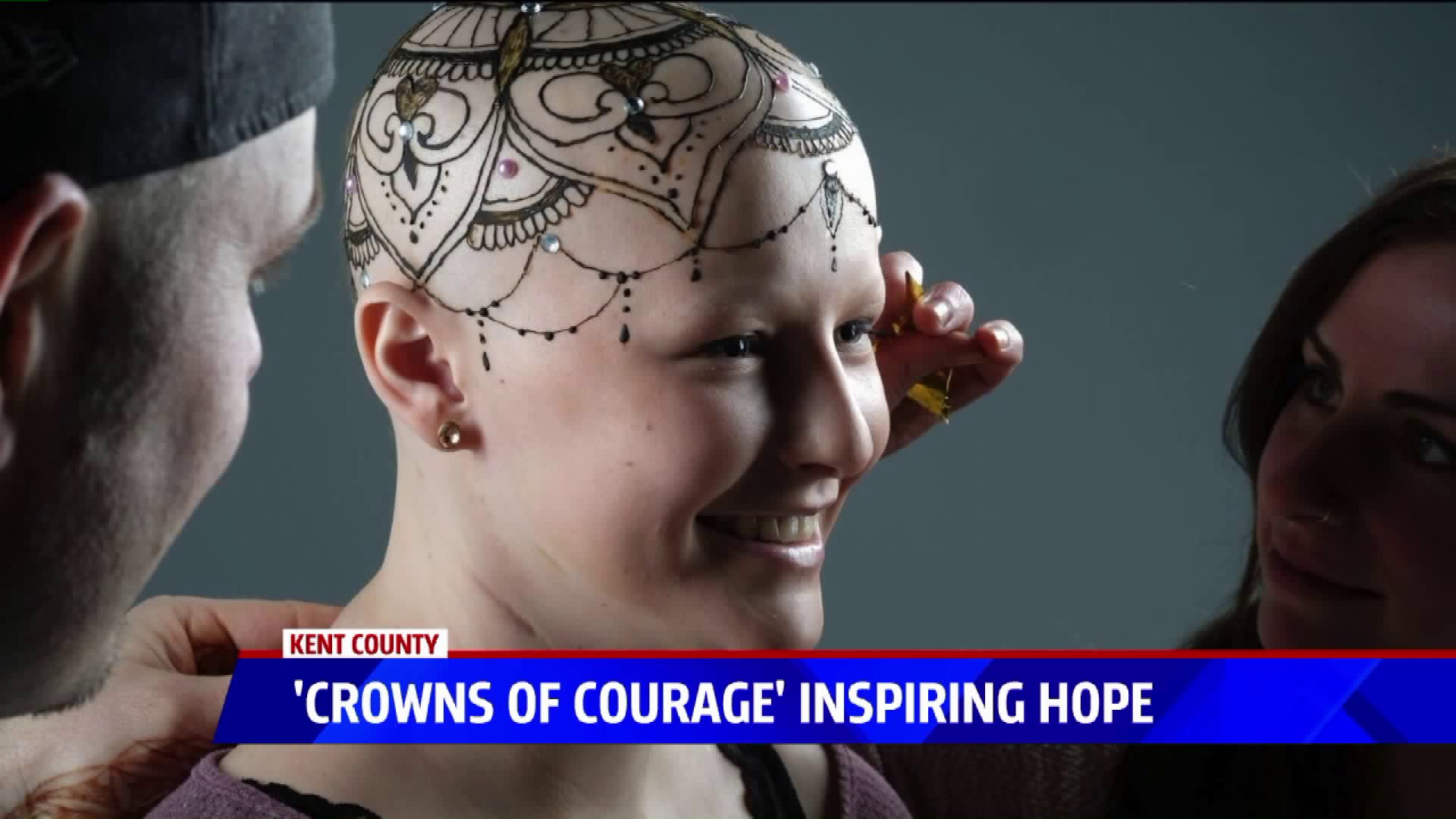 WYOMING, Mich.-- Some West Michigan artists are using their love of henna to turn something normally tragic into something beautiful. The project is called Crowns of Courage, where women going through chemotherapy receive henna tattoo crowns and body art.

But it doesn't stop there.

Afterwards, each woman gets a photo shoot to give them their confidence back and distract them from dealing with cancer.

For these women dealing with cancer and chemotherapy, some feel like they're losing their beauty or womanhood. Crowns of Courage is helping to bring that back.

17-year-old Emily VanKeuren's smile lights up a room. She's beautiful and full of life, but six months ago her world was turned upside down.

A visit to her pediatric doctor turned into a trip to an oncologist.

"It was the first scary moment, because everyone knows oncology is cancer," said VanKeuren. "When you think of that, it's hard to process it all."

The diagnosis was cancer: Hodgkin's lymphoma.

"I knew it wasn't good, and I knew it was something we had to face," said VanKeuren. "I think the hardest part was having to tell my sisters, because I'm really close with my sisters, and they're my best friends. It was really hard to tell them."

It was when Emily started to lose her hair she met Amanda Gilbert, who works closely with photographer Dave Burgess on Crowns of Courage.

"The before and after affects of putting henna on her head was really inspiring, and it was really empowering to see just the emotion that came out of it and how she felt," said Gilbert. "It was really beautiful."

Gilbert designs the henna crowns around the woman's story.

"Losing their hair, which represents beauty, especially in our culture today, can be really shocking and really hard," said Gilbert. "A lot of the women that have gotten in contact with us have shared how hard it's been for them to lose their hair. Being able to use henna to replace that really brings out that inner goddess warrior, that beauty that they have inside them, to be a walking encouragement to other women that are going through the same thing."

"It's empowering for them and sort of like their red badge of courage," said photographer Dave Burgess of Studio 616 Photography. "They want people to see what they're going through, and we kind of take this vulnerable time and give them a temporary kind of badge of defiance and courage."

"I felt confident, and I was proud," said VanKeuren. "It was one of the first times after losing my hair that I told myself I could do this, and I can deal with how this is going, and I know people like how I look, and I like how I look."

Behind the lens, Burgess says he can see the transformation.

"When they look at the photos, I want them to see strength, a positive attitude, hope, peace, serenity and beauty," said Burgess.

"I felt so beautiful," said VanKeuren. "Even on days where you're supposed to feel so beautiful, like prom or when you're getting married, I don't think it'll ever top that. They say it lasts a couple weeks, but for me this is going to last forever, because I'll never forget it."

"It keeps me going," said VanKeuren. I'll never forget it. I never will."

Gilbert and Burgess are planning on using the photo project as an ArtPrize entry this fall. They are looking for more women to feature in the Crowns of Courage story as well. If you or someone you know is interested in getting crowned, visit their website.