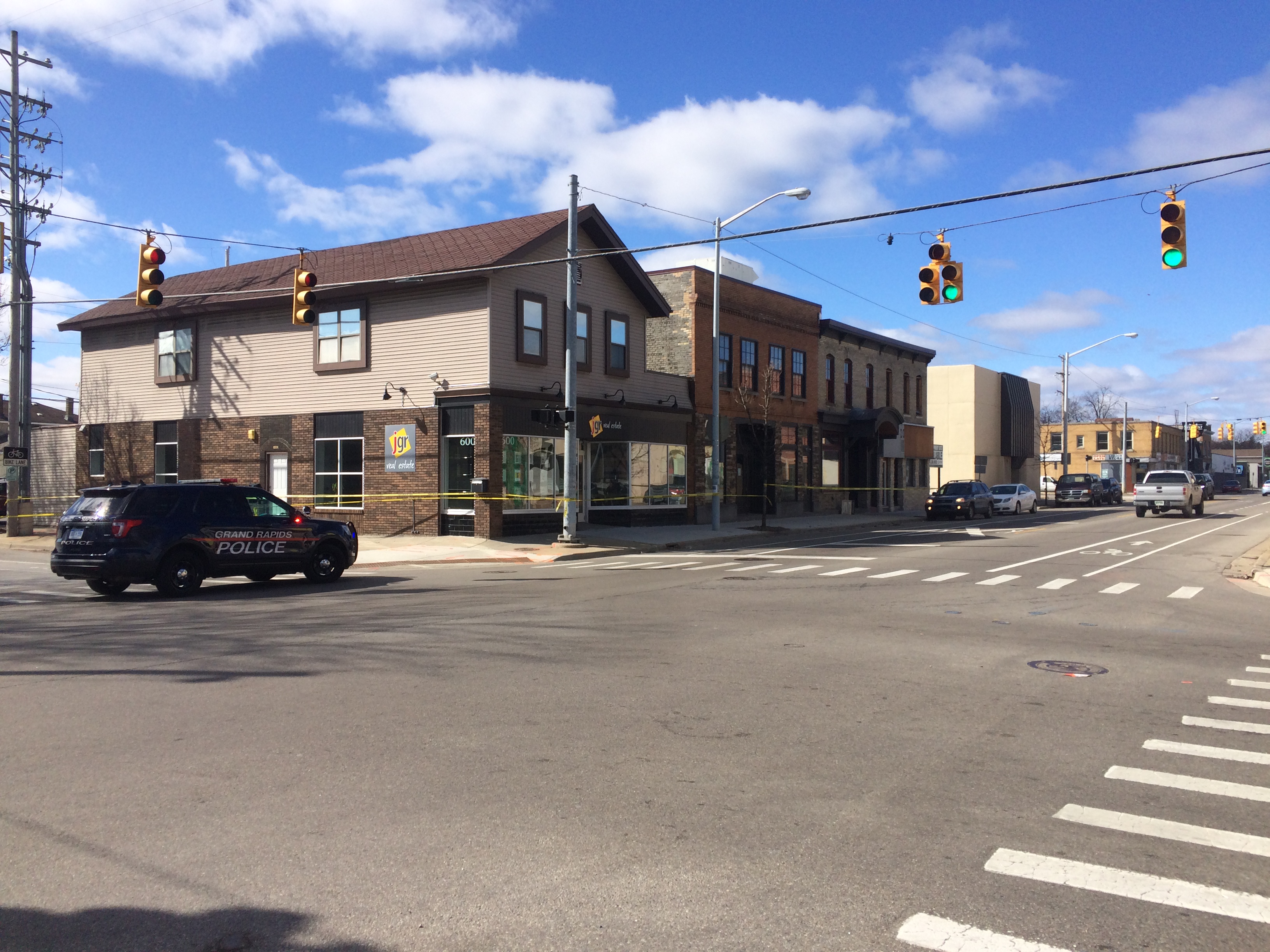 GRAND RAPIDS, Mich. — A Grand Rapids Police Department officer shot a man Saturday morning who was a suspect in a Thursday night stabbing outside a Meijer store on Alpine Avenue.

Dixon said the man who was shot was 20-year-old Victor Aldofo Gonzalez, who is a suspect in a stabbing and attempted carjacking in the parking lot at the Meijer store at 2425 Alpine Ave. on Thursday evening.

That location was later changed, however.

The officer was not injured.

Gonzalez, who was shot once in the stomach, was transported from the scene alive and was undergoing surgery at St. Mary’s Hospital in Grand Rapids where he was listed in serious condition.

Dixon said that on Saturday morning GRPD received an anonymous tip that the suspect who was involved in the Meijer stabbing/attempted carjacking was in the area. The anonymous tipster said they had seen Gonzalez go into the Steel Cat Bar at 640 Bridge St. NW.

Upon arriving at the scene, GRPD officers made contact with Gonzalez, who fled the Steel Cat Bar and then entered the One Bourbon Bar at 608 Bridge St. NW. Dixon said Gonzalez holed up there for a while before running out the back of the business where he was confronted by officers.

Police said “the event began to escalate” and Gonzalez was shot by an officer behind the bar.

“As far as the extent to which the suspect was armed, it would be inappropriate to speculate on that at this time,” said Dixon. “We still have an active crime scene and the investigation is not yet complete.”

The Michigan State Police have taken over the investigation of the incident.

“It is standard policy that when an officer is involved in a shooting, they are immediately placed on administrative leave pending the outcome of the investigation,” said Dixon.