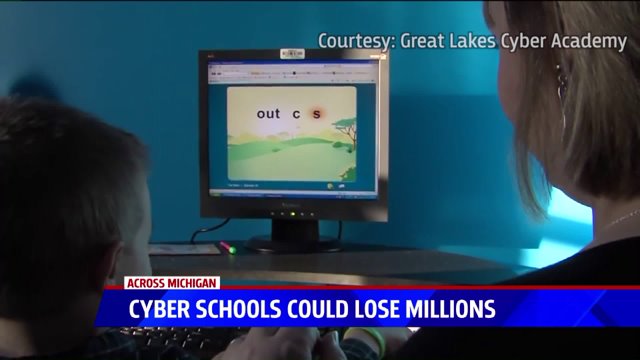 LANSING, Mich. — Millions of dollars are on the line for cyber charter schools around the state, under Governor Rick Snyder’s proposed 2018 budget cuts.

While public school funding may increase, the governor's eyeing some big cuts for these alternative schools. Cyber charter schools, where students learn from home, face a 20% cut. That means savings of about $16 million for the state.

He added, "We know that innovation leads to greater student achievement. So we need to keep our focus on student outcomes and allow schools the flexibility to achieve those outcomes."

Klochack said his virtual school would lose $2 million. While traditional schools have operating costs affected by buildings and school busses, Klochack said the cost to operate a virtual school isn't any less. He said the line items and priorities are just different. A few examples include buying all students a computer, renting facilities for state assessments and paying the people who proctor those tests.

"We're hopeful that greater minds will prevail in this and that all students will be treated equally and fairly, so that the funding mechanisms that have been in place from the state perspective will be the same moving forward," Klochack said.

“The budget recommendation recognizes that cyber schools don’t have the same costs as traditional brick-and-mortar settings and was based on studies conducted elsewhere that looked at the cost of educating cyber students. The governor remains committed to efforts to build a high-quality education system that will prepare all Michigan students for success," Paciorek said.