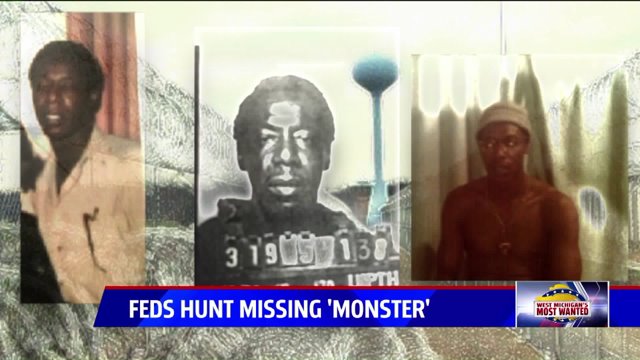 GRAND RAPIDS, Mich. – For close to four decades, a man convicted in a string of heinous sex crimes has been on the loose, avoiding local authorities and U.S. Marshals alike.

Tommie Lee Hill hasn’t been seen since a strange disappearance from a Terre Haute prison facility in 1980.

Long before that, dating back to the 1960s, the Marshals believe Hill was on a monstrous path. At the time, he was residing in Grand Rapids on Franklin Street with his wife Connie Hill and several of her daughters. During that time, officials speculate Hill violently raped the girls who were as young as 12 years old.

Marshals say Hill would threaten the girls in attempts to keep them silent, and even after one of his stepdaughters underwent a stillborn pregnancy, the interactions went unreported.

“Imagine a 12-year-old being victimized and raped by their dad and then giving birth - because it was really a full labor,” said one of Hill’s victims over the phone to FOX 17, wanting to remain anonymous. “I was a mess because I just didn’t know where to go and I didn’t know how to stop it.”

“Tommie was a very strong man in the way he conducted these CSCs,” said Officer Joe Garrett of the U.S. Marshals’ Fugitive Task Force. “[He] said that he would kill them if they ever told any adults.”

It wasn’t until 1978 that his victims came forward.  After reviews of the case, Hill was arrested and quickly found guilty of criminal sexual conduct in the first degree in January of 1979. Strangely, the very same day the conviction was read, Hill escaped from the old Hall of Justice in Grand Rapids. Authorities are still unsure how he managed it.

A few months later in the summer of 1979, Hill resurfaced after being picked up by local authorities in Waveland, Mississippi on an assault charge. Hill was brought back to Michigan, where he was finally sentenced to 20-40 years for the rapes, to be served in Terre Haute.

But Hill wasn’t done escaping. One month after arriving at the penitentiary, a suspected paperwork mix up allowed Hill to walk free without serving a single day of his sentence. Hill has not been seen since and the exact reason for his release is still unknown.

“Essentially it’s a cold case fugitive case for us,” said Officer Garrett. “From what we understand, either the judge down there got frustrated with him not being picked up from Grand Rapids, or there was a breakdown on the other end, or a breakdown of communication.”

Marshals believe Hill could be using one of several aliases including his birth name, Tommy Kennedy, Gino Hill, Kenny Hardaman, or Adbul Sharif. There have been reports out of the Orlando, Philadelphia and the Bessemer, Alabama area, where Hill is from, but so far nothing.

“It’s sort of a Hollywood-esque script to be honest with you.,” said Officer Garrett. “This man was a monster. Things chronologically went right for him and he was able to escape from our custody in a time where there wasn’t any social media, or Facebook or phone triangulation.”

“I do believe that Tommie is alive, it’s just finding him and letting him know that he hasn’t gotten away with it. I think he thinks he has,” said his victim. “When I was a kid I was too young and too weak to speak up and look [Tommie] in the eye. But today as an adult I’m able to look [him] in the eye and all I really want to know is, why? Why would you do what you did to me?”