Those orders barring people from 7 Muslim-majority countries from entering the US for the next 90 days, and suspending the admission of refugees for the next 120 days.

The president said it’s an effort to help protect the country, but protesters say he’s gone too far. 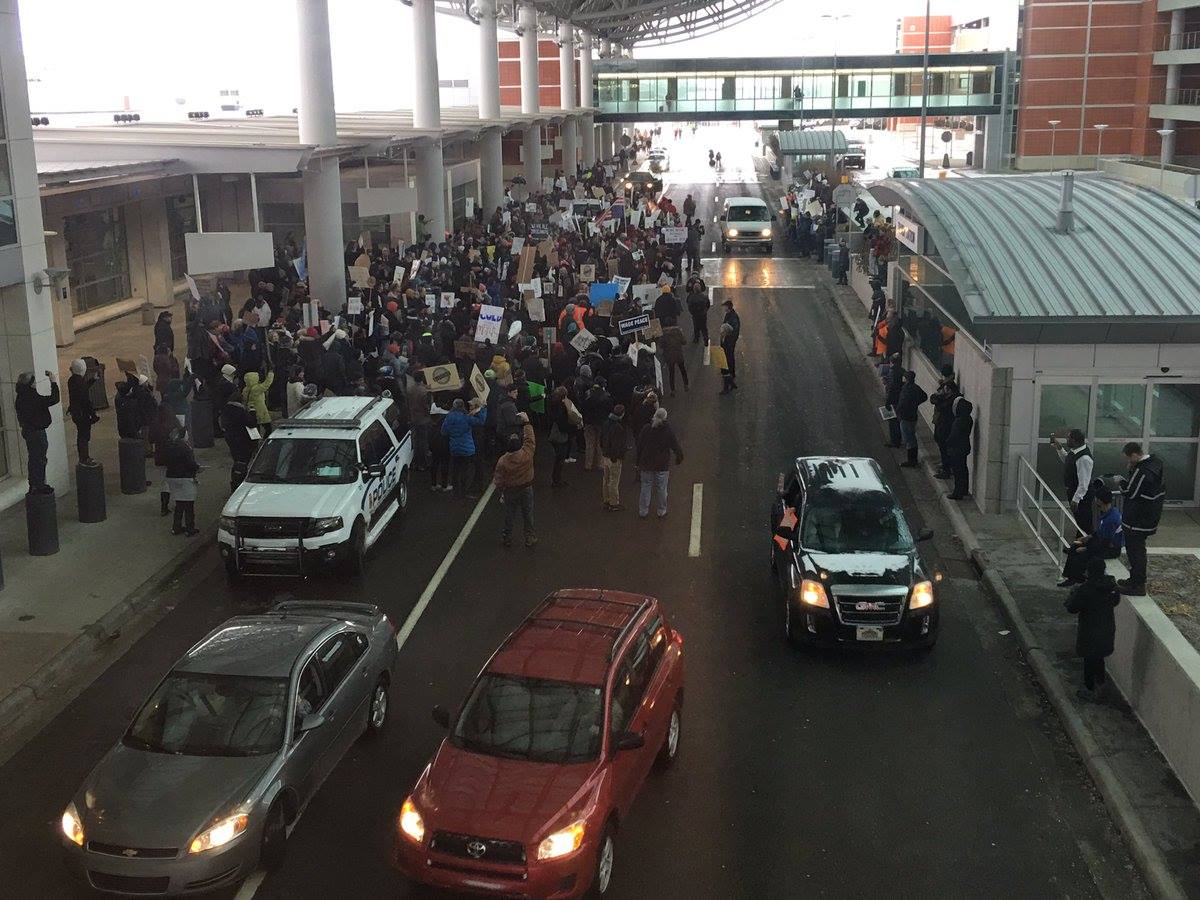 "My parents came here from India in the 1970's,” says Amena Moiz, an Anti-Trump Protester. “ And if that executive order was in place back then we would not be here today."
They believe president Trump’s travel ban is discrimination.

"Our founding principles of liberty and justice for all are not being upheld." Says Lindsay Ellis, a Professor at G.V.S.U.

Among the hundreds of protesters were first and second generation immigrants. Eventually the protest blocked 3 lanes of traffic next to the airport terminal, designated for passenger pick-up and drop-off.

"Sundays are one of our busier days at the airport,” says Tara Hernandez, a spokesperson for Gerald Ford Airport. “And one of the things that we agreed upon from the beginning was to not impede passenger traffic. We still have an airport to operate. We definitely respect their right to protest and voice their concerns, but we didn't' want them in the airport terminal building, so it's a little bit frustrating to have them out here like this. "
Protest organizers say blocking traffic at the terminal was not originally part of their plan.

No arrests, flight delays or injuries occurred during the protest.