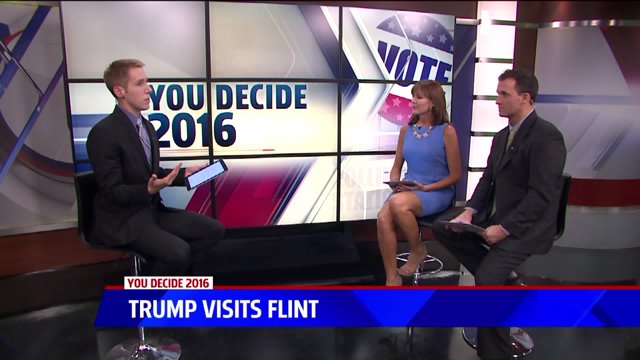 WASHINGTON (AP) — Donald Trump is touring the water plant in Flint, Michigan, which has had its water supply contaminated by lead.

Trump was shown around by JoLisa McDay, the plant supervisor. The facility has not been operational since last fall.

McDay explained to Trump that the plant would not be running at full capacity immediately after reopening next year.

Trump complimented her enthusiasm for the job.

This is Trump's first visit since the 2014 crisis that affected 100,000 people. It occurred after the city left Detroit's water supply and started using improperly treated Flint River water.

In brief remarks to reporters, Trump thanked the plant's staff, but did not immediately address the water crisis.