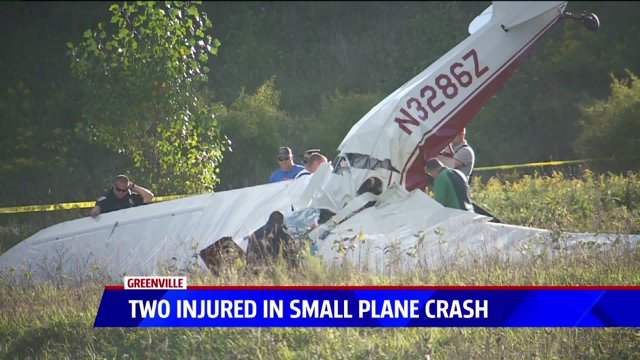 MONTCALM COUNTY, Mich. — Two men were seriously injured when the small plane they were flying in crashed near the Greenville Municipal Airport on Sunday afternoon, FOX 17 confirmed with Michigan State Police.

According to MSP, the crash occurred shortly after take-off, but the cause remains unclear. The plane crashed just south of the airport.

Two men on board the Piper Super Cub plane—which only seats two—were taken from the scene with serious injuries. One man was taken by ambulance to a Grand Rapids hospital.

The other man was airlifted from the scene.

MSP said it's believed the two men, aged 24 and 29, are from Illinois. It's unclear where the plane was headed at the time of the crash.

The investigation has now been turned over to the Federal Aviation Administration.