BISMARCK, N.D. (AP) — Gov. Jack Dalrymple is activating the North Dakota National Guard ahead of a federal judge’s impending ruling on a request by the Standing Rock Sioux to stop the four-state Dakota Access oil pipeline.

Dalrymple says a handful of Guard members will help provide security at traffic checkpoints near the site of a large protest.

Maj. Gen. Alan Dohrmann, the head of the Guard, says another 100 Guard members will be on standby if needed to respond to any incidents. 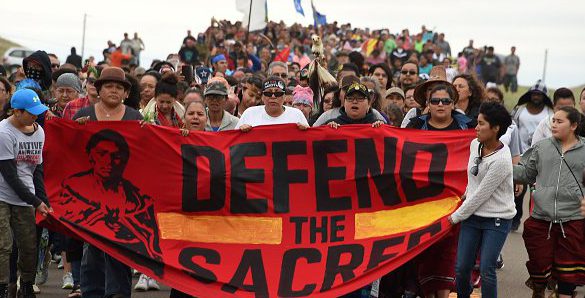 U.S. District Judge James Boasberg is expected to rule by Friday on the tribe’s request to temporarily stop construction on the Dakota Access pipeline.

The tribe has been leading a protest for weeks at a site where the route passes near its reservation near the North Dakota-South Dakota border. The protest has included tense confrontations at times, and violence broke out Saturday between private security guards and protesters.