ROCKFORD, Mich. --  The usually quiet community of Rockford is buzzing with reports of a Bigfoot sighting. The accounts, with a photograph, even made the front page of the local newspaper, the Rockford Squire.

As of Thursday morning, Rockford police have no confirmed reports of the legendary Sasquatch, but plenty of residents have come forward with their accounts of the mythical monster. Richter Place apartment resident Shirley Heiman was alarmed when she spotted the hair-covered creature in the woods. “When I saw it, I thought, 'oh, my word that’s terrible.' It’s big, I mean he’s 9-foot high for Pete's sake.”

Most of the reports came in during the thunderstorms last Friday. People spotting the Yeti-like figure through a veil of rain and lightning strikes. Bud Graverson saw the monster that day too. “Well, it’s just a myth. You know everyone says they’ve seen Bigfoot prints, but no one’s ever seen one. But now we have one."

Graverson is getting a little laugh out of all the hype, because he's the man behind the 8-foot tall sculpture. In fact, all of the garden decorations at the Richter Place apartments are done by him, but this time he decided to play a little prank on his neighbors.

Some of his neighbors even taking a liking to the 8-foot tall sculpture, like Susan Maxwell.

“I’m kind of glad to have Bigfoot overlooking us. We have some critters around here, so maybe they’ll take a second look at us when they see Bigfoot out there protecting us.” 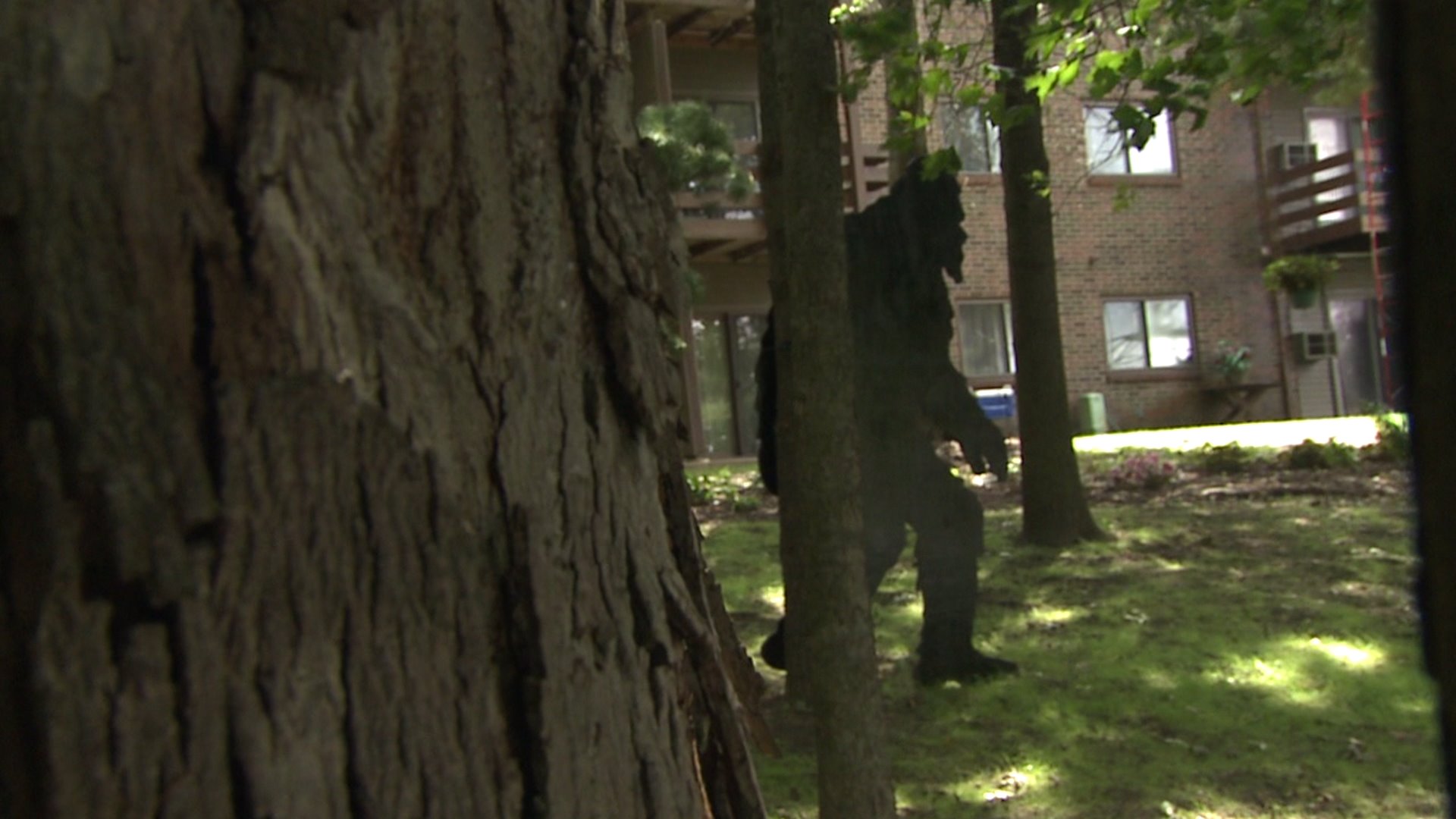